With LGBTQ+ celebrations happening across the country this month, the VERIFY team looked into how and why June became Pride Month. 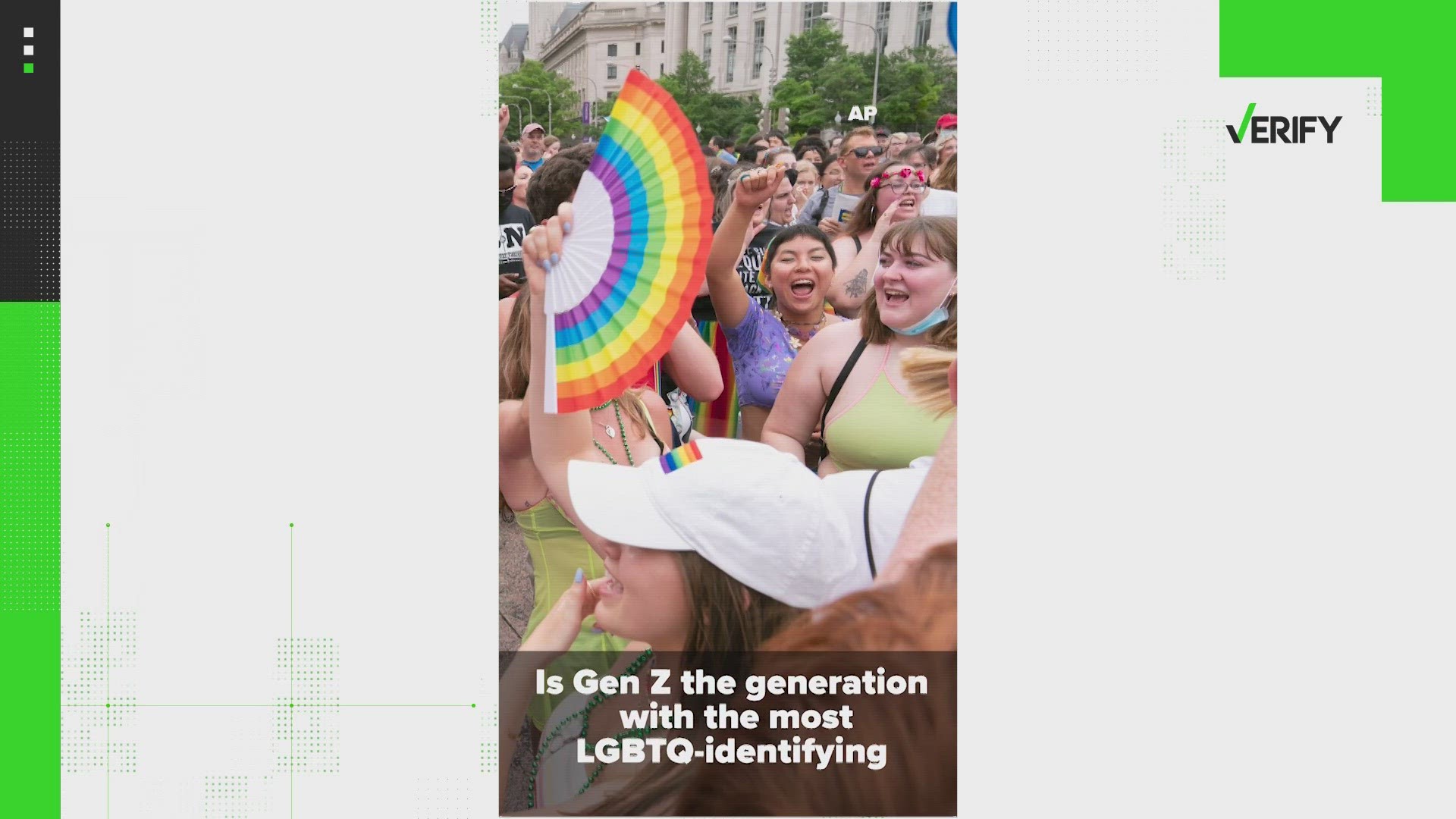 Throughout June there have been numerous events, from parades to picnics to other festivities, celebrating the LGBTQ+ community. The acronym LGBTQ+ is an inclusive shorthand that stands for lesbian, gay, bisexual, transgender, and queer or questioning.

The VERIFY team researched questions around the history of the LBGTQ+ movement as part of our “VERIFY Weekly” feature. You can watch the full video on our YouTube page here.

Yes, there are official federal proclamations that mark June as Pride Month in the U.S. But it’s not the only month of the year when these events take place.

While there are celebrations and other gatherings all year in support of the LGBTQ+ community, there typically are many pride-themed events during June. How did that come to be?

It’s in recognition of the Stonewall riots in New York City, which happened on June 28, 1969. On that day, police raided the Stonewall Inn, a popular hangout in Greenwich Village for many in the queer community. The rough treatment of patrons from police led to days of protests and riots and was a significant catalyst for the gay rights movement in the U.S.

When did June officially become designated as Pride Month? According to the Library of Congress, this tracks back to June 11, 1999, when President Bill Clinton declared a formal proclamation issuing June “Gay & Lesbian Pride Month.”

In June 2009, President Barack Obama also issued a proclamation for Lesbian, Gay Bisexual and Transgender Pride Month, which celebrated the contributions made by LGBTQ+ Americans and acknowledged broader initiatives like the HIV pandemic.

But celebrations of the LGBTQ+ community are not just limited to June, according to Emily O’Hara, a spokesperson for GLAAD.

“So, traditionally, pride was a big parade in June at the end of the month to celebrate the anniversary of the Stonewall uprising,” O’Hara explained. “But now it’s been over 50 years and we see pride tend to take on more of an all-year-long quality, where you see celebrations in different places at different times of the year.”

Do more people in Gen Z identify as LGBTQ+ than previous generations?

Yes, in 2020 Gen Z had the highest percentage of LGBTQ+ identification.

A poll conducted by Gallup in 2020 found that 15.9% of Americans in Generation Z – people born after 1996 – identified as lesbian, gay, bisexual, transgender, or other, a category that encompassed identities like “queer” and “same-gender-loving.”

Gallup also surveyed four earlier generations – Millennials, Generation X, Baby Boomers, and The Traditionalists – and each of those groups had a much smaller percentage of LGBTQ-identifying people. Millennials were the second highest at 9.1%, while less than 5% of people in each of the three older generations identified as LGBTQ+.

What’s behind the increase in LGBTQ+ identification with each younger generation? Alphonso David, president of the Human Rights Campaign, said the numbers alone are misleading, particularly for older generations who lived during times when being openly gay carried threatening social stigmas and legal repercussions.

“Keep in mind that over the past decades or two decades, we have been able to break down major barriers in LGBTQ visibility and recognition of LGBTQ rights,” David said. “So, think back to the 1980s or the 1990s, for example, states could legally criminalize LGBTQ identity or conduct.”

“We know that there are more LGBTQ people than is reflected in polls,” he said.

Gallup notes the likely inaccuracies for older generations hesitant to come out, saying, “To the extent, it reflects older Americans not wanting to acknowledge an LGBT orientation, the Gallup estimates may underestimate the actual population prevalence of it.”

Did Kamala Harris become the first vice president to make an appearance at a Pride event?

Yes, Harris was the first vice president to participate in a Pride event.

On June 12, Harris and her husband, second gentleman Doug Emhoff, marched in a Washington, D.C., Pride parade. The vice president tweeted a picture of her appearance.

The @SecondGentleman and I stopped by Capital Pride today! pic.twitter.com/vjx1k9DD5z

A spokesperson with GLAAD also confirmed to VERIFY that Harris was the first vice president to attend a Pride event.

MORE from VERIFY: Anti-transgender legislation has been introduced in more than 30 states in 2021

VERIFY
Our journalists work to separate fact from fiction so that you can understand what is true and false online. Please consider subscribing to our daily newsletter, text alerts and our YouTube channel.  You can also follow us on Snapchat, Twitter, Instagram or Facebook.