VAN BUREN, Ark. (KFSM) — An online post has gone viral after a local resource officer put on his dancing shoes to take a little girl to her school’s daddy... 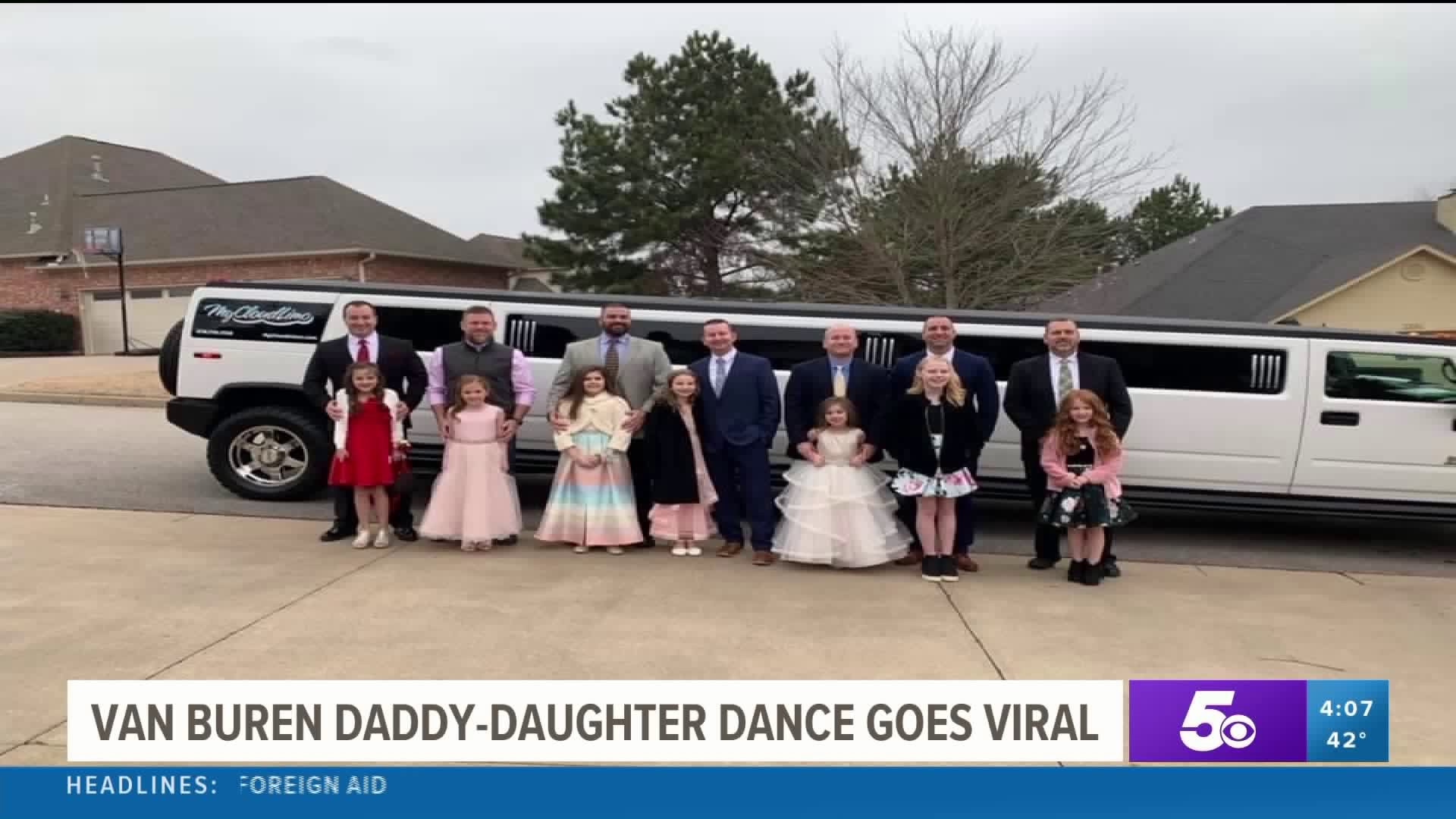 VAN BUREN, Ark. (KFSM) — An online post has gone viral after a local resource officer put on his dancing shoes to take a little girl to her school's daddy/daughter dance.

“I was excited because I never went and I had been wanting to go,” Avey said.

Avey says she's always dreamed of going to the daddy/daughter dance, but after her dad passed away, she didn't think she'd ever be able to attend.

Corporal Harvey's chief reached out to his officers and suggested they volunteer to escort students without dads. That's when he decided to step up for Avey.

“I reached out to the mother, the last thing I wanted was to get rejected by a second-grader, and then the next day I formally asked if she’d be my date to the daddy/daughter dance,” Harvey said.

Avey said yes, and the pair made sure to coordinate their outfits, take lots of pictures and even rode in a limo to get pizza before heading to the event.

“It meant a lot because I got to go and see all my friends there and then I got to go with them and have a lot of fun,” Avey said.

Corporal Harvey says it's a night he will never forget because they made a lot of memories on and off the dance floor.

“I embarrassed myself a little bit...I can’t dance at all,” he said.

But for Avey, those dance moves were her favorite part.

"Getting to take pics together and me and him dancing,” Avey said.

When the night ended the group went out for ice cream and then Avey was escorted home in a police car.

Corporal Harvey says that he hopes to take Avey to the daddy/daughter dance every year from now on.