VAN BUREN, Ark. (KFSM) — Getting a high score on the ACT isn’t all that uncommon, but when you’re just in seventh grade, it’s a big deal. Nathaniel Whittington ... 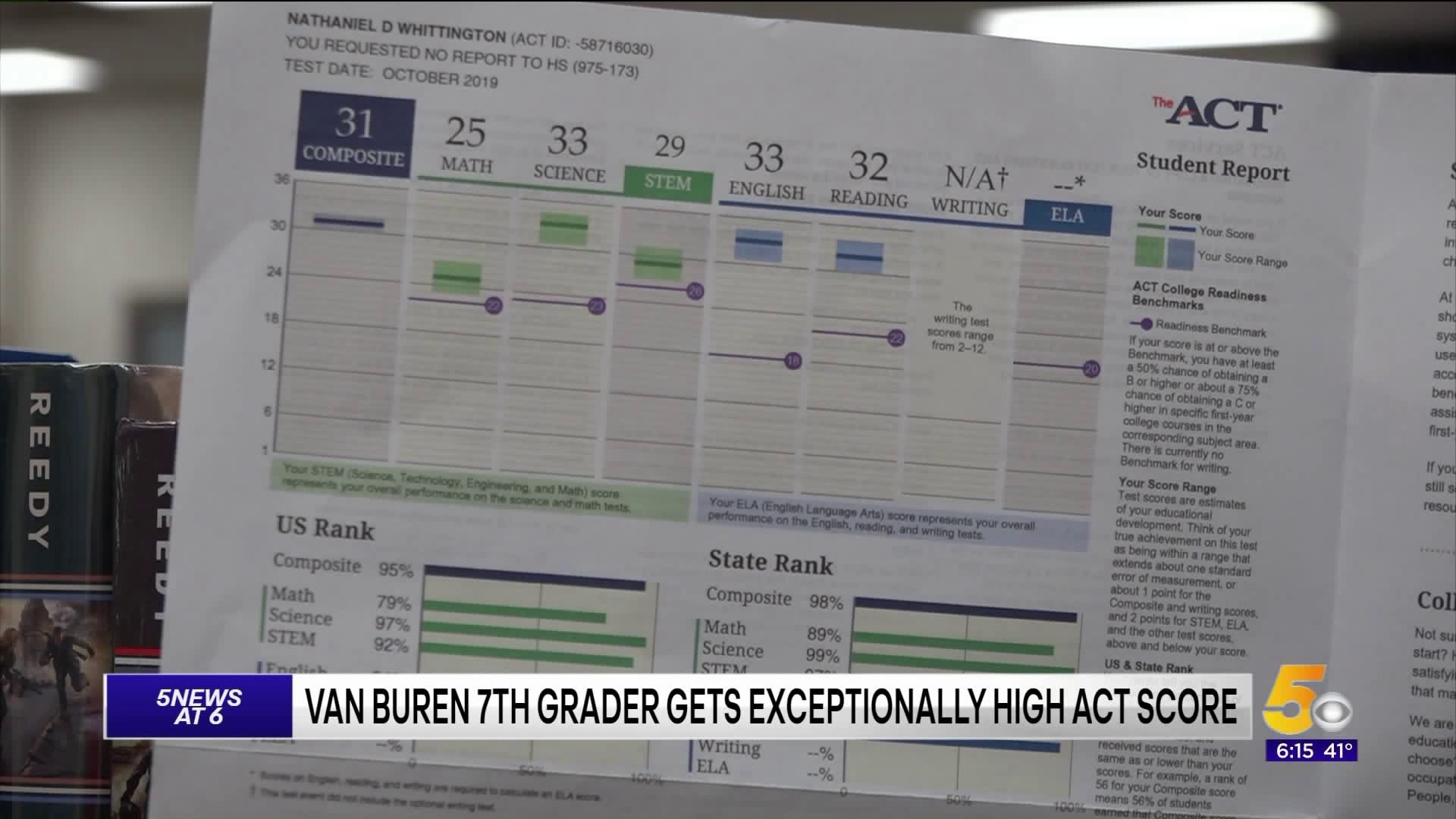 VAN BUREN, Ark. (KFSM) — Getting a high score on the ACT isn’t all that uncommon, but when you’re just in seventh grade, it’s a big deal.

Nathaniel Whittington found out last week that he got a 31 on the ACT, as a seventh-grader taking the test for the first time.

“I think it’s pretty cool. Not many kids like me have this opportunity,” he said.

Whittington goes to Northridge Middle School in Van Buren and got the chance to take the test for free through the talent program called Duke TIP. He says he studied about 25 hours for the big test.

“I did the best on reading and science, I believe with a score of 33 and keep in mind this is scored out of 36.”

He runs track, cross county, plays golf and plays two instruments, the tuba and piano, and is on the quiz bowl team. He says his favorite school subject is math.

“Because of just the pure elegance of it, the beauty of math. Like everything around us can be recognized by just numbers like that,” he said.

Nathaniel’s mom, Rebecca Whittington, says the expected him to score well, but a 31 is amazing and far surpassed what they were expecting.

“Statistics show that a 7th grader that scores a 28 or higher is typically going to score a 35 on the low end or a 36, which is a perfect score. We’re hoping for the 36, but we will take whatever he does. A 31 is amazing, and if he doesn’t ever do anything more than that, that’s still amazing,” she said.

Wittington says he wants to go to college to be a neurosurgeon or an engineer, but he’s going to keep on studying and enjoy being in middle school.

“I keep on going, I learn more and more, and I try to get a perfect score the next time I take it.”

Whittington will be recognized at a ceremony at Duke University, but that date of that ceremony has not been announced.