CRAWFORD COUNTY, Ark. (KFSM) — A Van Buren man has been arrested for assaulting a woman and stabbing a man twice that came to help her. According to an arrest r... 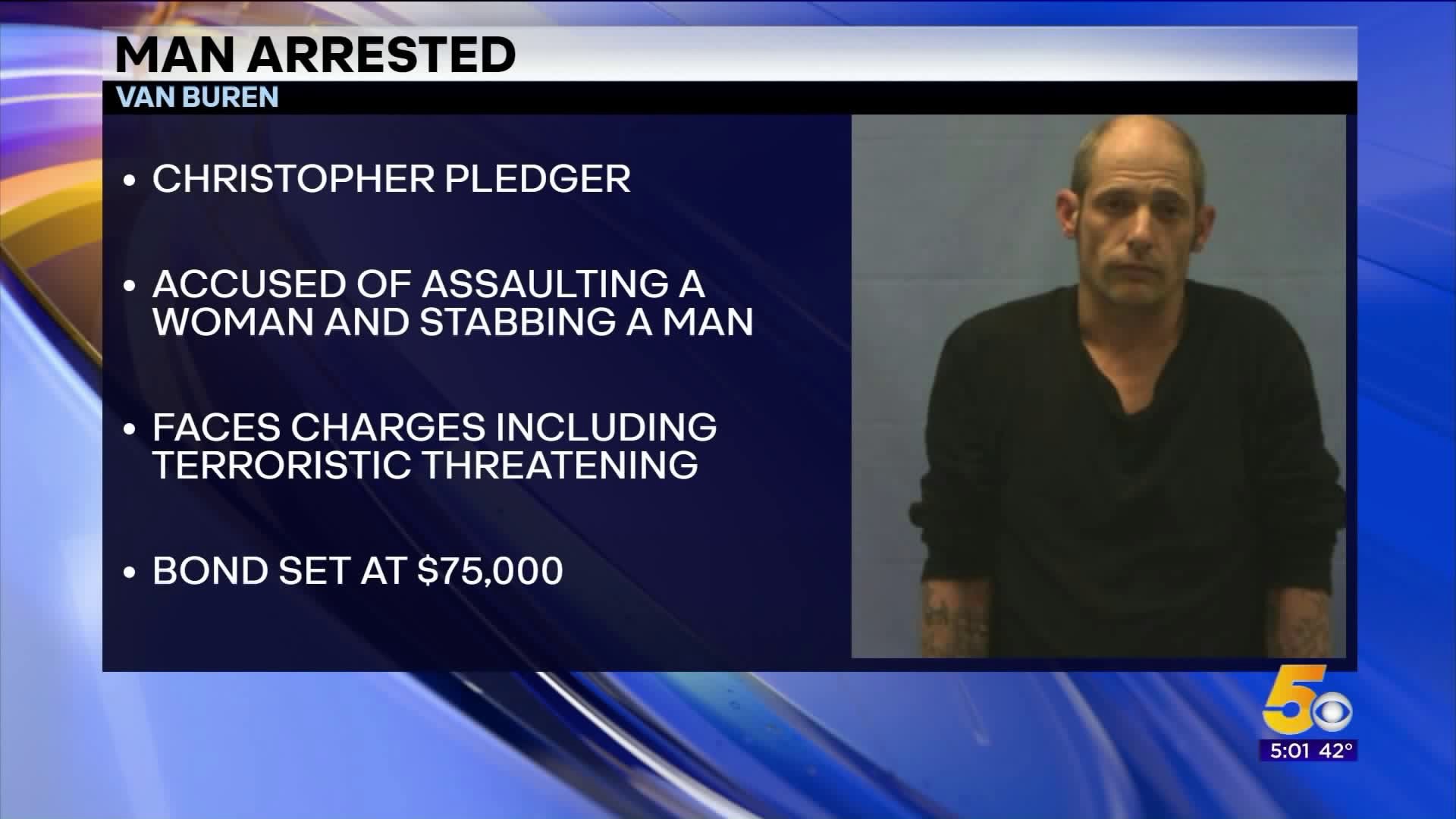 CRAWFORD COUNTY, Ark. (KFSM) — A Van Buren man has been arrested for assaulting a woman and stabbing a man twice that came to help her.

According to an arrest report, deputies responded to Bond Special Road in Van Buren about a physical disturbance. While on route dispatched advised the deputies someone had been stabbed.

Once on the scene, deputies observed pieces of clothing with blood, blood on the ground, and blood on a vehicle wheel.

A woman told deputies Christopher Pledger put his hands around her throat and pinned her against a vehicle while punching her.

The victim says she screamed for help and hit the panic button on her keys.

Several people came out of a home nearby to stop Pledger from assaulting the woman.

Witnesses say Pledger hit a man on the left side of the rib cage and hit him in the face. The man later realized Pledger had a black and silver pocketknife in his right hand, and that he had been stabbed.

Pledger then left the scene on foot.

Deputies later contacted the two victims at a local hospital.

They observed that the male had two stab wounds, one on the left side of his rib cage, and another on his arm.

The man told deputies that Pledger had stabbed him.

Pledger was arrested a day later (Nov. 10) for fleeing from State Police.