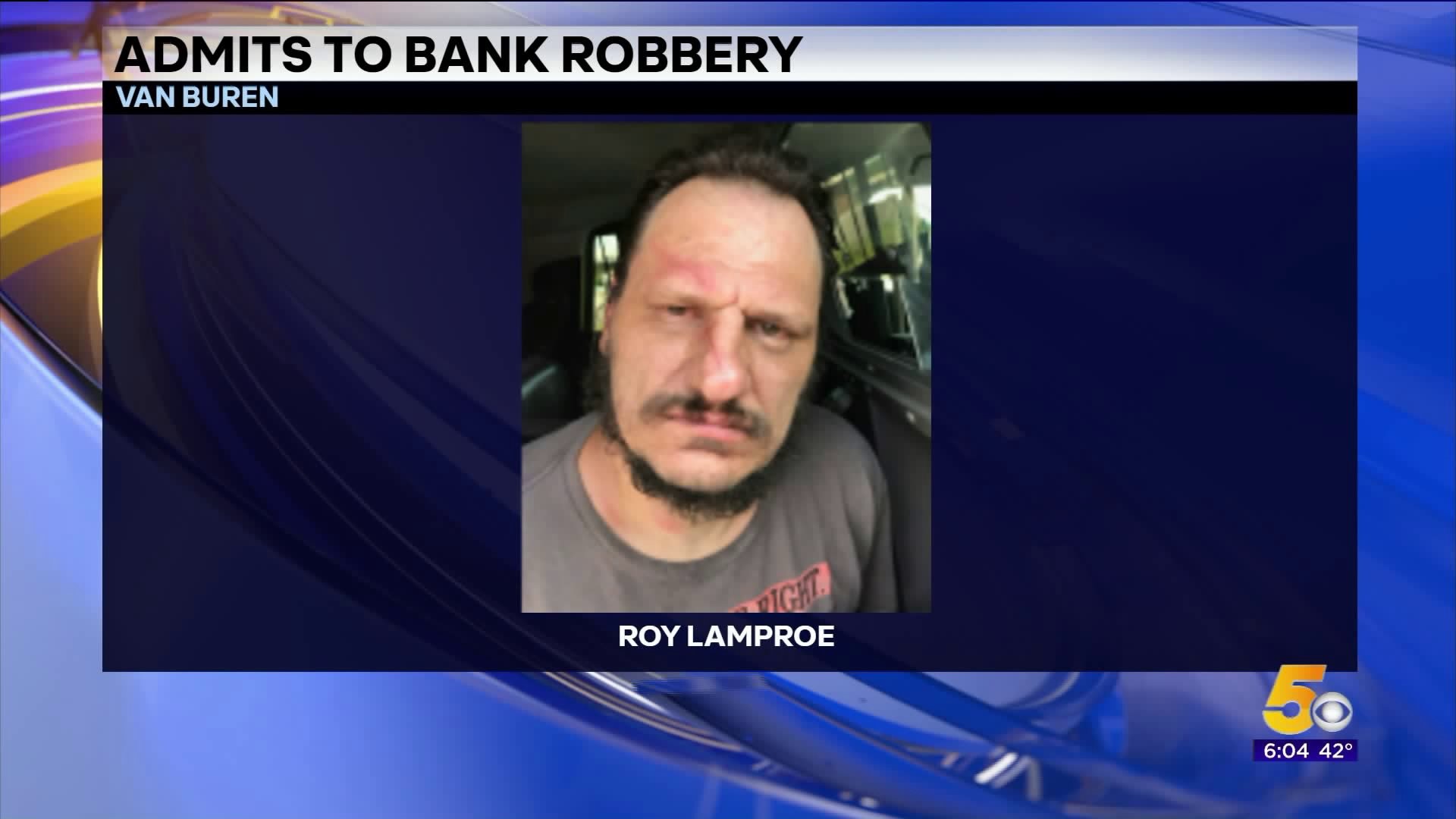 FORT SMITH (KFSM) -- A Van Buren man has admitted to robbing an Arvest Bank in July of more than $8,000.

Authorities said Lamproe walked into the bank at 3015 Arkansas 64 around 3 p.m. on July 2 and threatened two tellers with an object they believed was a gun, according to court documents.

The tellers said Lamproe had two boxes, one of which he claimed was a bomb, and another he wanted to be filled with money. The tellers handed over more than $8,116 before Lamproe ran off.

Authorities tracked Lamproe to his mother’s house on Mulberry Street, where they found him hiding inside. They also located a box with stolen money.

Lamproe was the second person to rob an Arvest Bank in the River Valley in a three-month span.

Jaime Leonel Reinosa-Salguero, of Springdale, in May robbed an Arvest Bank in Alma of $7,000 before leading multiple police agencies on a chase on Interstate 49.

Authorities had to shut down the highway near the Bobby Hopper Tunnel while trying to arrest Reinosa-Salguero. Arkansas State Police eventually subdued him after a brief shootout.

Reinosa-Salguero also pleaded guilty earlier this month in federal court to bank robbery and using a firearm during a crime of violence.