VAN BUREN, Ark. (KFSM) — When one freshman boys basketball player helped out a friend by buying him some shoes for the new season, his friends and teammates ret... 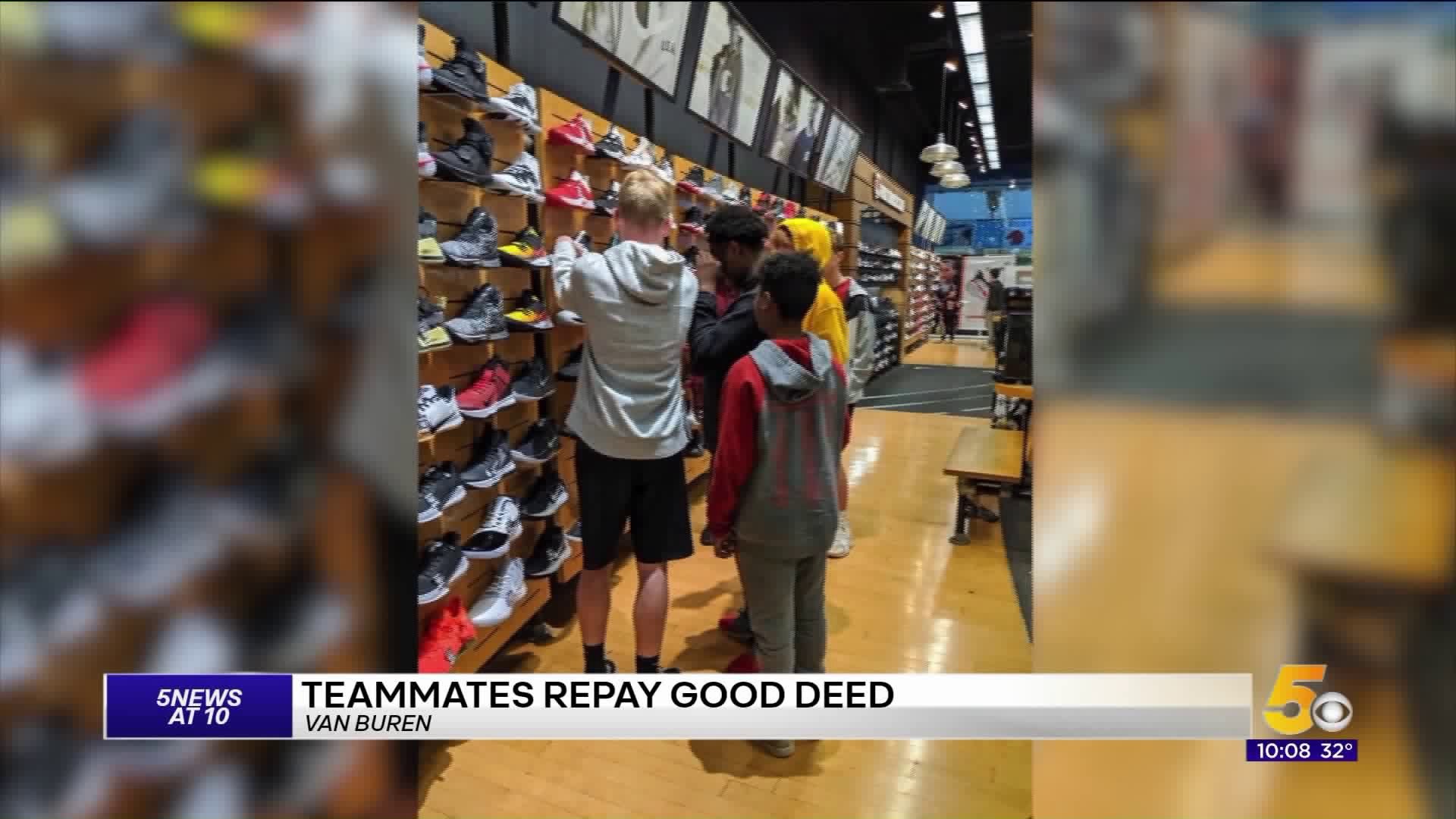 VAN BUREN, Ark. (KFSM) — When one freshman boys basketball player helped out a friend by buying him some shoes for the new season, his friends and teammates returned the favor.

Amir Garrett surprised his friend Tobey Sayaxomphou with new Nikes after his father passed away. Amir spent the money from his allowance, a gesture to take some of the burden off his family.

"I just about cried. I was overfilled with joy, and I was just, I am just thankful for that," Sayaxomphou said.

Long-time friends and teammates came up with a plan to quickly show how Amir's efforts were recognized.

"When we figured out he was getting shoes that's right when we all jumped to action. Like seven of us were like 'hey let's get a big group, let's start getting money and let's buy him shoes'," said Dalen Philpot, a close friend of Amir's.

The boy's basketball coach Darren Jones said it proved his players are reliable on and off the court.

"They're willing to do what they can for each other and you know that's the kind of guys you want to go to battle with every Monday and Thursday night during the basketball season," Jones said.

For Tobey, going to battle for one another is what having teammates are all about.

"There's no 'I' in team, right, they always have your back and so just like that, they had my back and we had Amir's back," Sayaxomphou said.