Crews Working To Restore Power To Thousands After Damaging Storms

ROGERS (KFSM) — Power is still out for thousands of people Tuesday morning in Benton County after damaging storms spiraled through the area Monday (Oct. 21). Cr... 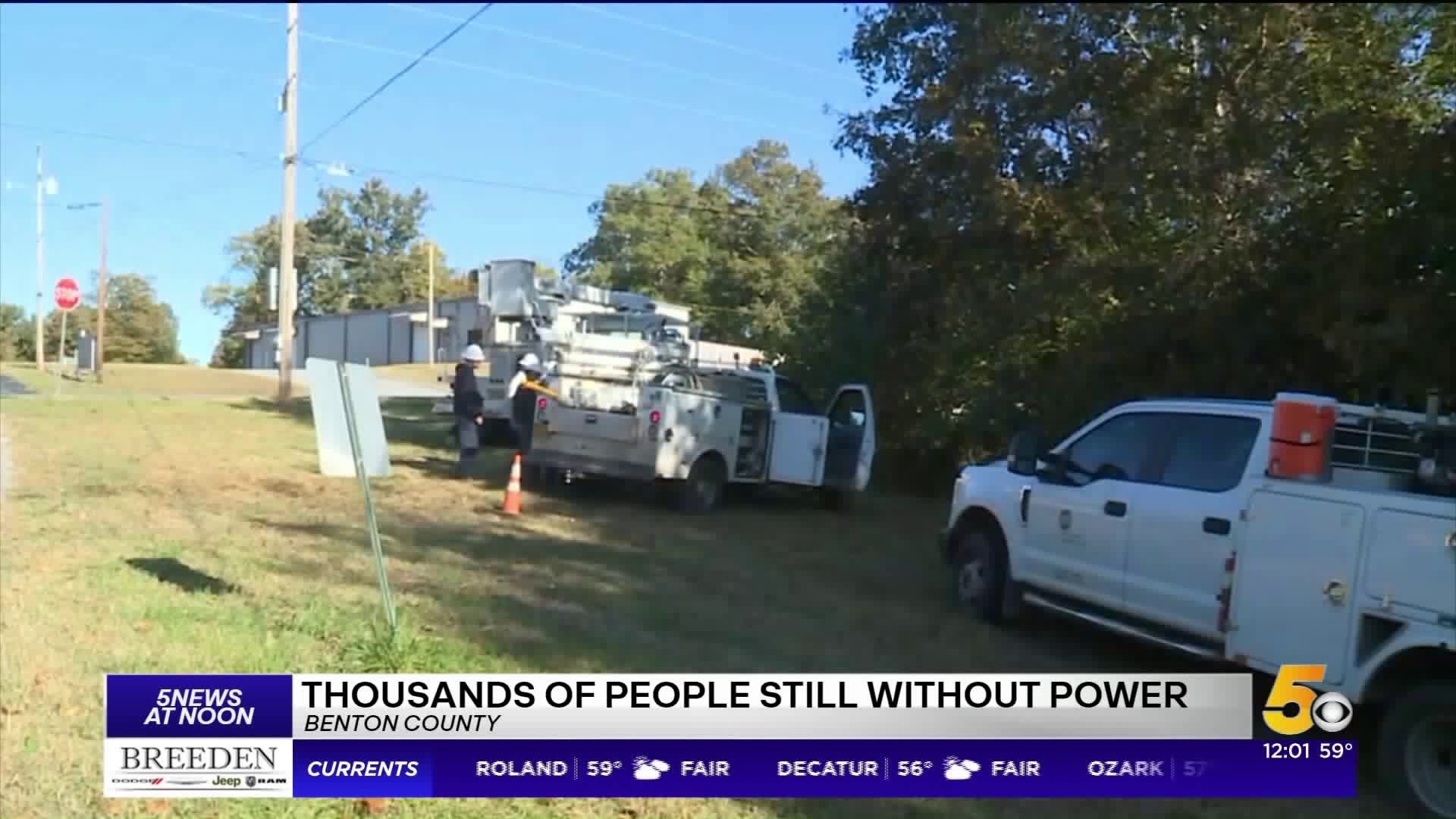 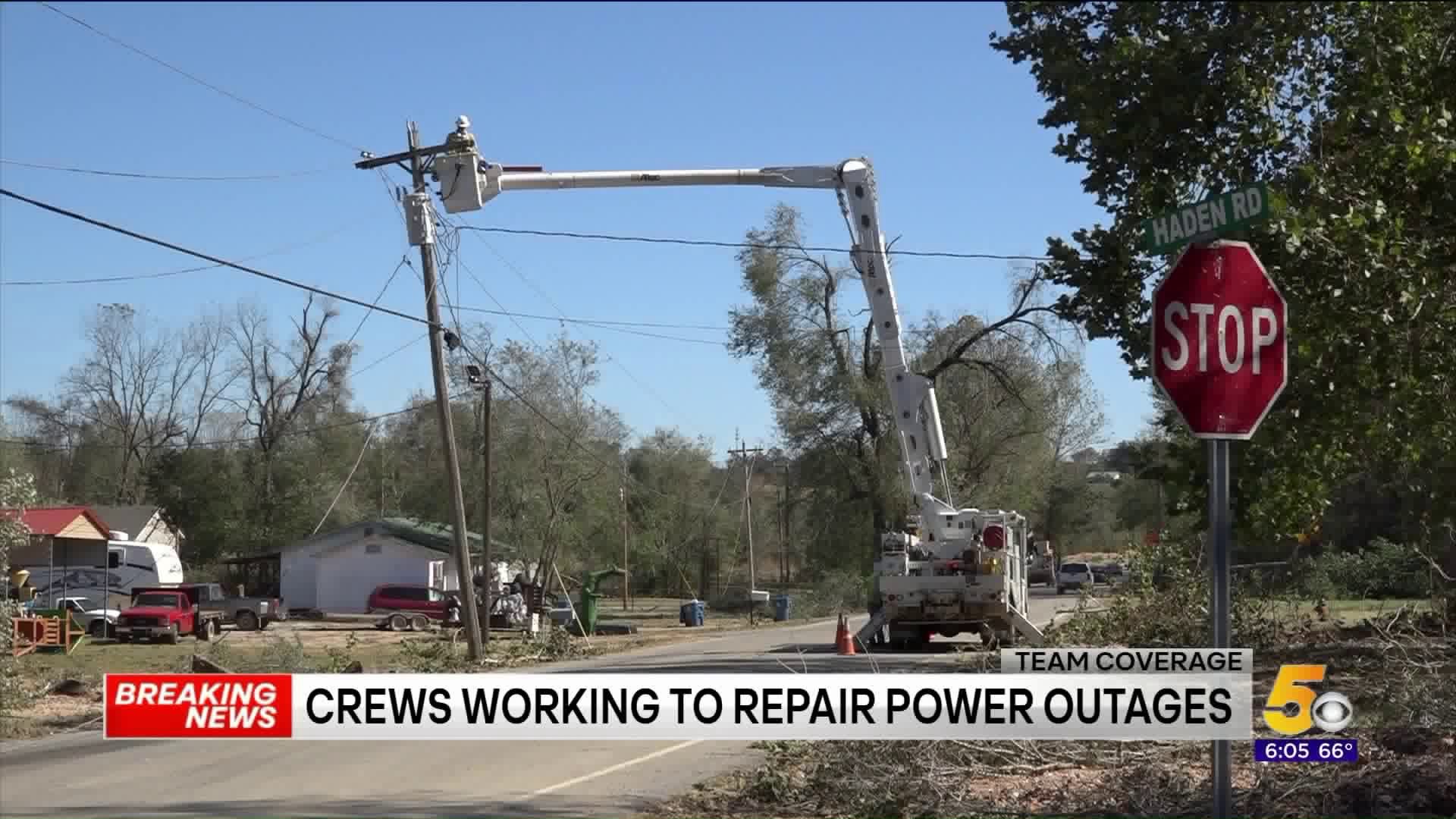 ROGERS (KFSM) — Power is still out for thousands of people Tuesday morning in Benton County after damaging storms spiraled through the area Monday (Oct. 21).

Crews are out with Carroll Electric Cooperative trying to get the power restored.

SWEPCO is reporting about 3,500 people without power in Benton County.

"We've got lots of crews, lots of man, lots of equipment coming into help. This will be however a multi-day event.. we regret that but people that are involved in this need to be prepared for two, three, possibly four days without power," she said.

Plagge said the utility has replaced about 200 poles, and more than 300 people are working to make the repairs. She said customers should report their outage at carrollecc.com or by calling 800-432-9720, even if they think it has been reported already, to ensure power is completely restored.

"We still anticipate total restoration toward the end of the week," she said.

Meanwhile, residents are eagerly awaiting power restoration in their homes.

Rogelio Chinchilla lives in Prairie Creek. He's been out of power for nearly 24 hours now, but he's hopeful it will be restored soon. Still, he sees the crews working, and he said he's willing to wait.

"I don't really care, because I know they are working hard," he said. "I see trucks everywhere...a lot of people got their power back."

Chinchilla says he he's doing all right for now, but he realizes it could take up to a week to get power back.

"What can we do?" he said. "I'm not complaining, I'm just happy that we're alive, and one way or another, we'll get through."

Rob Evans lives in the Beaver Shores area of Beaver Lake and said the high winds pushed trees onto his house. He said he expects it will be a much longer timeframe before he has power again.

"In our case, we're not going to be able to reconnect to power until all of that is cleaned up," he explained. "And we can actually see what wiring is left and what needs to be replaced and things like that."

Evans said he was surprised at the amount of damage the storms left behind.

"I've not seen this kind of damage in this part of Arkansas ever," he said. "I've been here my whole life — I'm 50-something years old. I've never seen it like this."