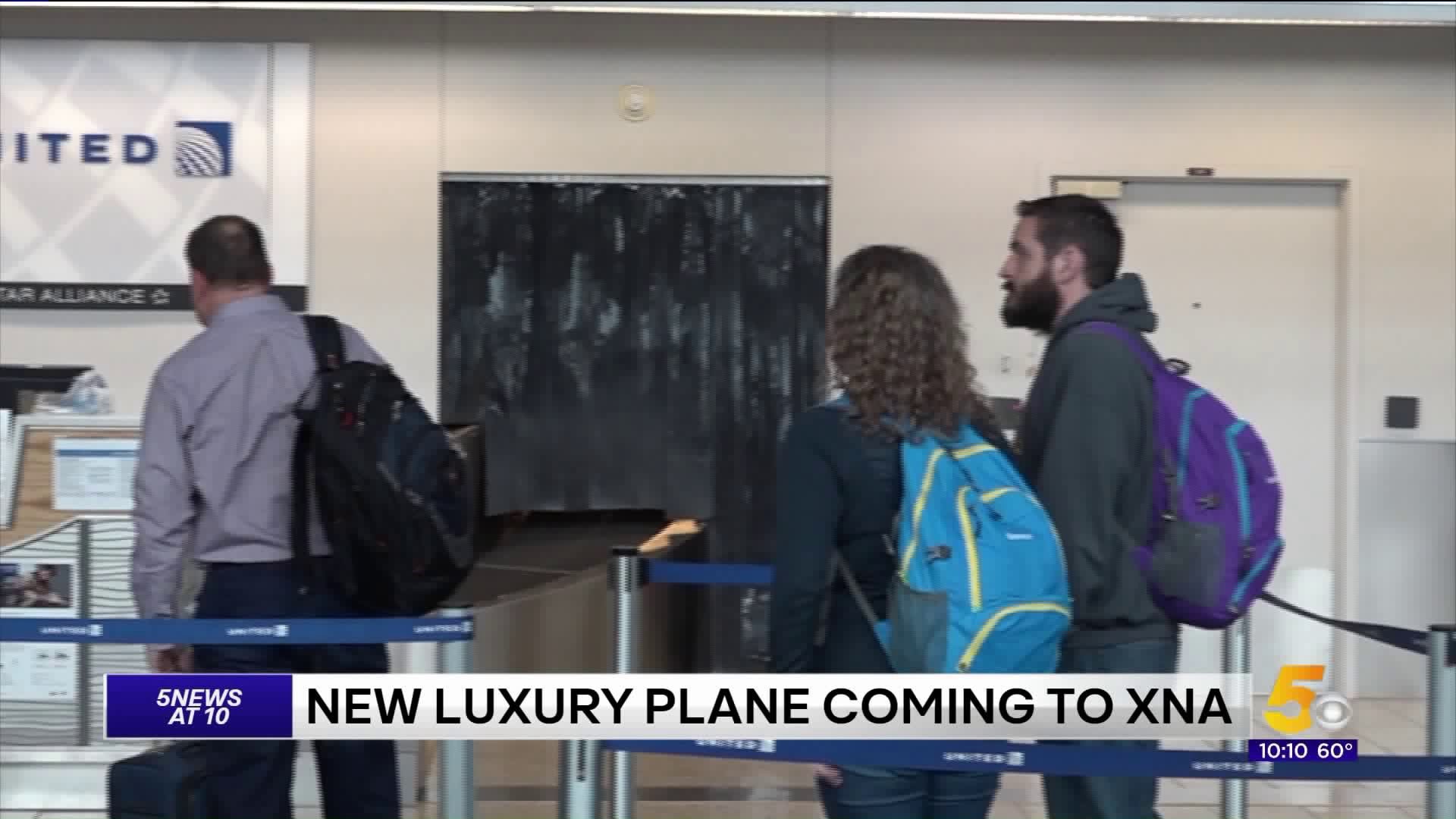 NORTHWEST ARKANSAS (KFSM) — Northwest Arkansas Regional Airport is adding a first-of-its-kind luxury regional plane for flights to and from Chicago.

United Airlines announced Northwest Arkansas to serve as the first market for the CRJ-550.

The CRJ-550 is your standard 70 seat plane, but this model expanded the interior to fit just 50 passengers, comfortably.

It will give flyers more legroom, more room for carry-on luggage storage and a self-served beverage station for first-class flyers.

United Airlines CEO Oscar Munoz talked about his decision to make this type of commercial jet and why at XNA.

“I think we have a mission to continuously make your flying and your feeling about flying United better and better," Munoz said. "This was our first choice. A place I chose to come specifically because of the community the commitment the understanding of how airports connect the world.”

There will be a full first-class, or economy plus and a coach class and for travelers looking at pricing, tickets will cost the same as similar flights.

United Airlines is using Northwest Arkansas as its first market, but plans to expand out to 15 other similar communities and airports.