Undercover FBI agents arrested a man in Fort Smith today (May 22) around 1 p.m. 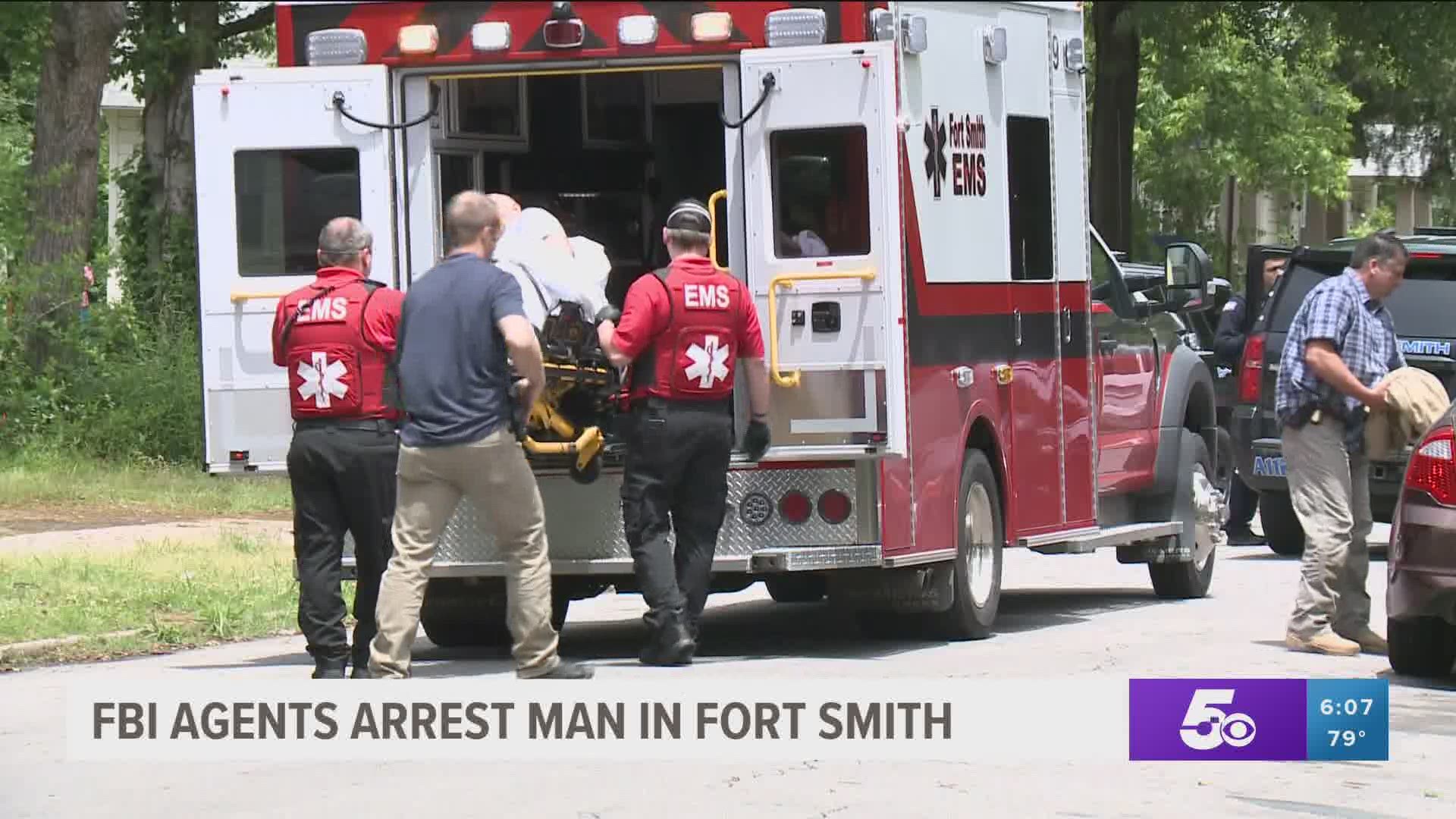 FORT SMITH, Ark. — Undercover FBI agents arrested man wanted out of Portland, Oregon in Fort Smith today (May 22) around 1 p.m. At first, neighbors say the man looked like he needed help until they realized he was a wanted man.

Fort Smith police were called to assist in the arrest but the FBI is leading the investigation.

According to neighbors, the man was tackled to the ground.

“We heard some loud screaming that sounded like someone was crying so I jumped up to come out and see if anyone needed some help because I didn’t really know what was going on,” Shane Smith said. “I see two guys have another guy on the ground and I ask do y’all need some help and they identified themselves and showed me their badge and gun from the sheriff's department so I quickly backed up and he kept screaming.”

At this time we do not know the identity of the man or the reason for his arrest, but he was taken away in handcuffs and in an ambulance.