ROGERS, Ark. (KFSM) —  A Rogers family’s evening turned into a nightmare as two trees crashed through their roof on top of them during early morning storms Mond... 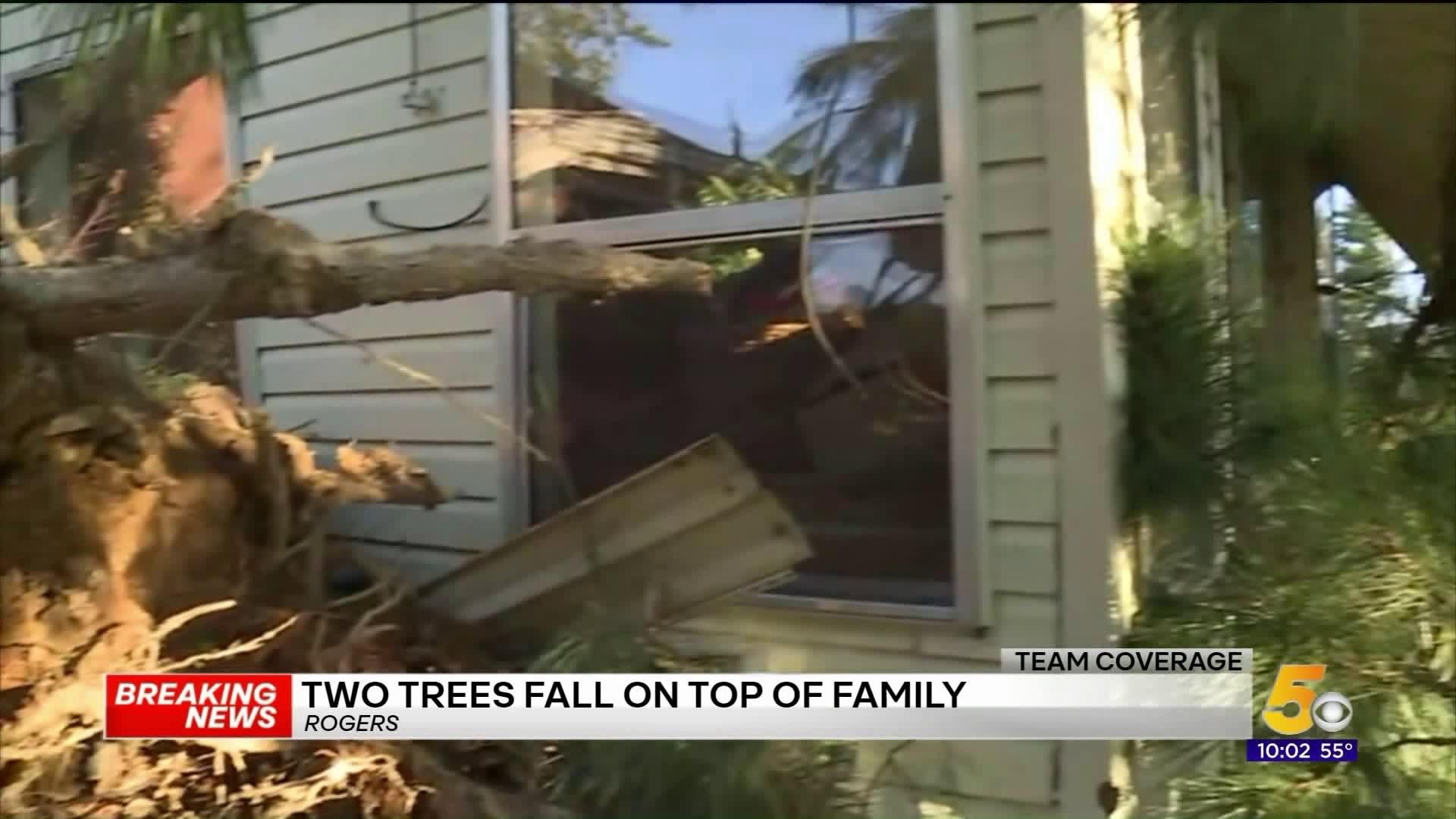 ROGERS, Ark. (KFSM) —  A Rogers family’s evening turned into a nightmare as two trees crashed through their roof on top of them during early morning storms Monday (Oct. 21).

They say they are lucky to be here today.

It was a terrifying moment inside Steve Brown's home on West Perry Road as not one but two trees crashed through the roof.

The first tree missing the family, but the second proved to be life-threatening.

"It struck me in the body and I fell to the ground," Steve said.

As the massive tree knocked Steve to the ground, he says he saw his wife and daughter covered in debris inside the next room.

"The big tree came down and it ripped right through the house and right over top of our bed where my daughter and my wife was," Steve said.

Steve and his family were transported to the hospital, but thankfully each walked away with only minor injuries.

The trunk of the tree that destroyed the Brown's home was about five feet or more across at the base.

Steve says the road to recovery will be long for his family.

"Trying to find some of our belongings and see what's worth holding on to," Steve said. "It’s going to be a long process and hopefully we can rebuild and it will be even better."

Even though the storm destroyed most of his home, Steve says he is hugging his family and counting his blessings tonight.

"I’m blessed you know, it could have been worse, you can always rebuild a house but you can’t get your family back," Steve said.