BENTON COUNTY, Ark. (KFSM) — Two men have been arrested and charged with raping a teenage relative in Benton County. According to the police report, on Wednesda... 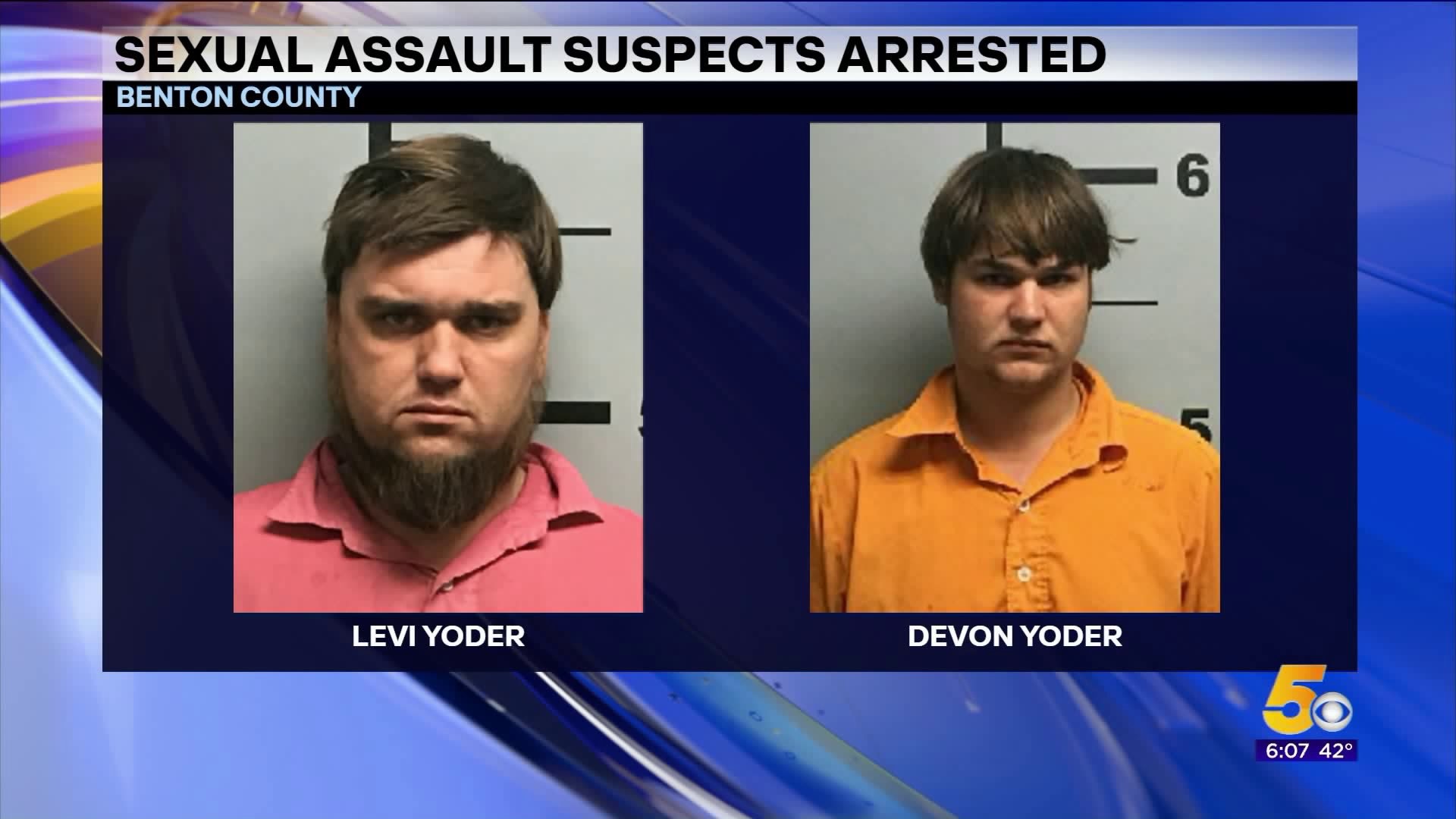 BENTON COUNTY, Ark. (KFSM) — Two men have been arrested and charged with raping a teenage relative in Benton County.

According to the police report, on Wednesday (Jan. 1) deputies were called to a home in Gentry in regards to a sexual assault case.

The teenage victim told investigators that Levi Yoder had "sexually abused" her on multiple occasions over the past few years.

She said that Levi apologized for his actions and asked her to "pray for him," according to the police report.

Devon Yoder was also arrested for raping the minor multiple times. The teenager said when she was younger Devon would make her watch pornography and when she would try to get away from him he would tell her to "stop."

Devon was arrested and charged with Rape, a class Y felony and 2nd Degree Sexual Assault, a class B felony.

Levi was arrested and faces two charges of Rape and one charge of 2nd Degree Sexual Assault. He is at the Benton County Jail on a $100,000 bond.