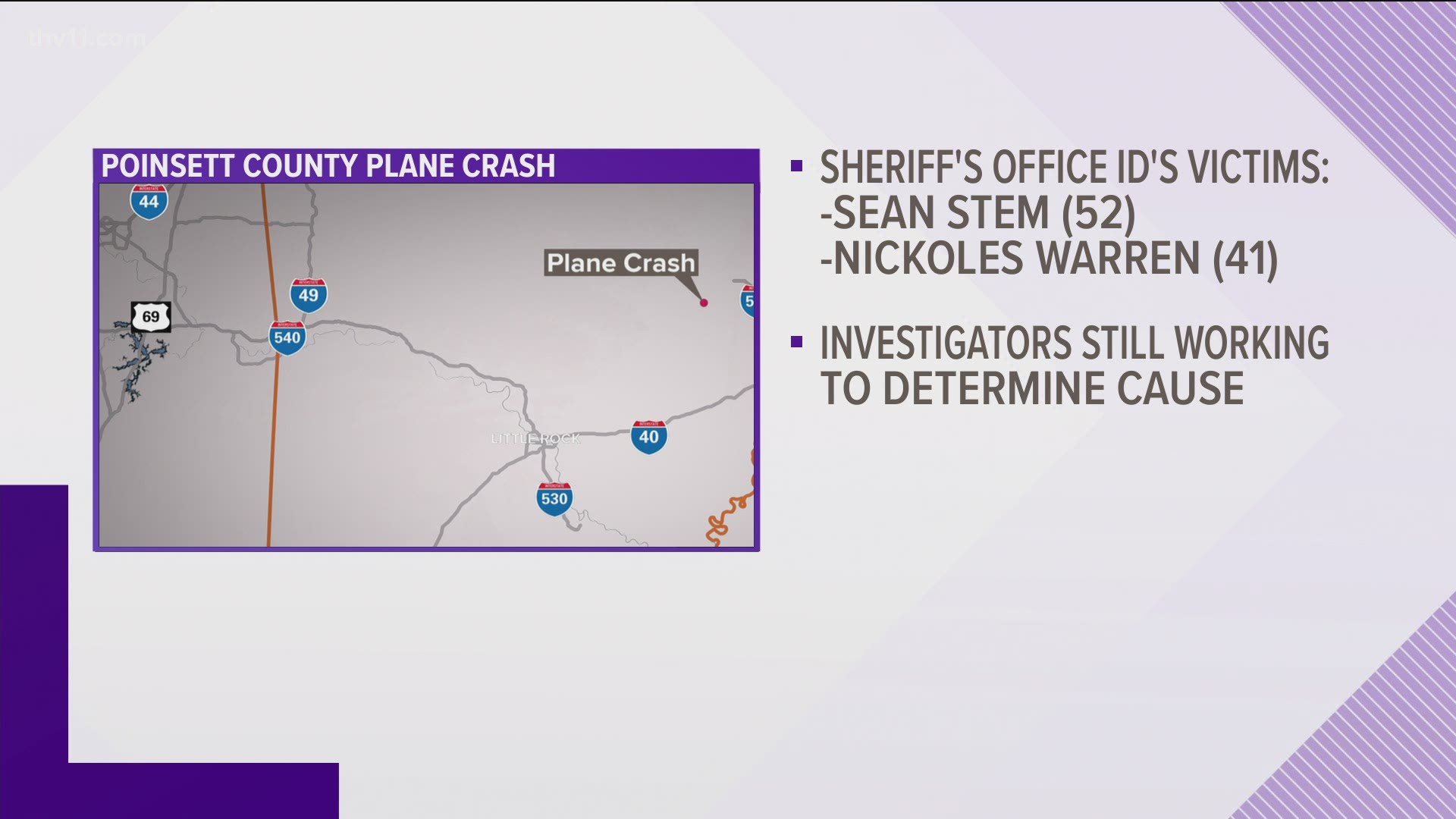 POINSETT COUNTY, Ark. — At approximately 9:44 a.m. on Monday, Jan. 4, the Poinsett County Dispatch Center received a call that a plane had crashed in the Northwest quadrant of Poinsett County.

Multiple agencies responded to the scene. Emergency responders discovered a twin-engine plane in a field off of Flag Slough Lane, according to Sheriff Kevin Molder.

Officials at the Conway Regional Airport, Cantrell Field, confirmed that the plane was heading to their airport, but would not release anything else at this time.

As of 12:22 p.m. on Monday, the sheriff's office is reporting two confirmed fatalities resulting from the plane crash.

On Thursday, Jan. 7, the victims were identifiled as pilot Sean Wesley Stem, 52, of Jonesboro and passenger Nickoles Lee Warren, 41, also of Jonesboro.