Multiple vehicles involved in weather-related accidents cause I-49 shutdown. 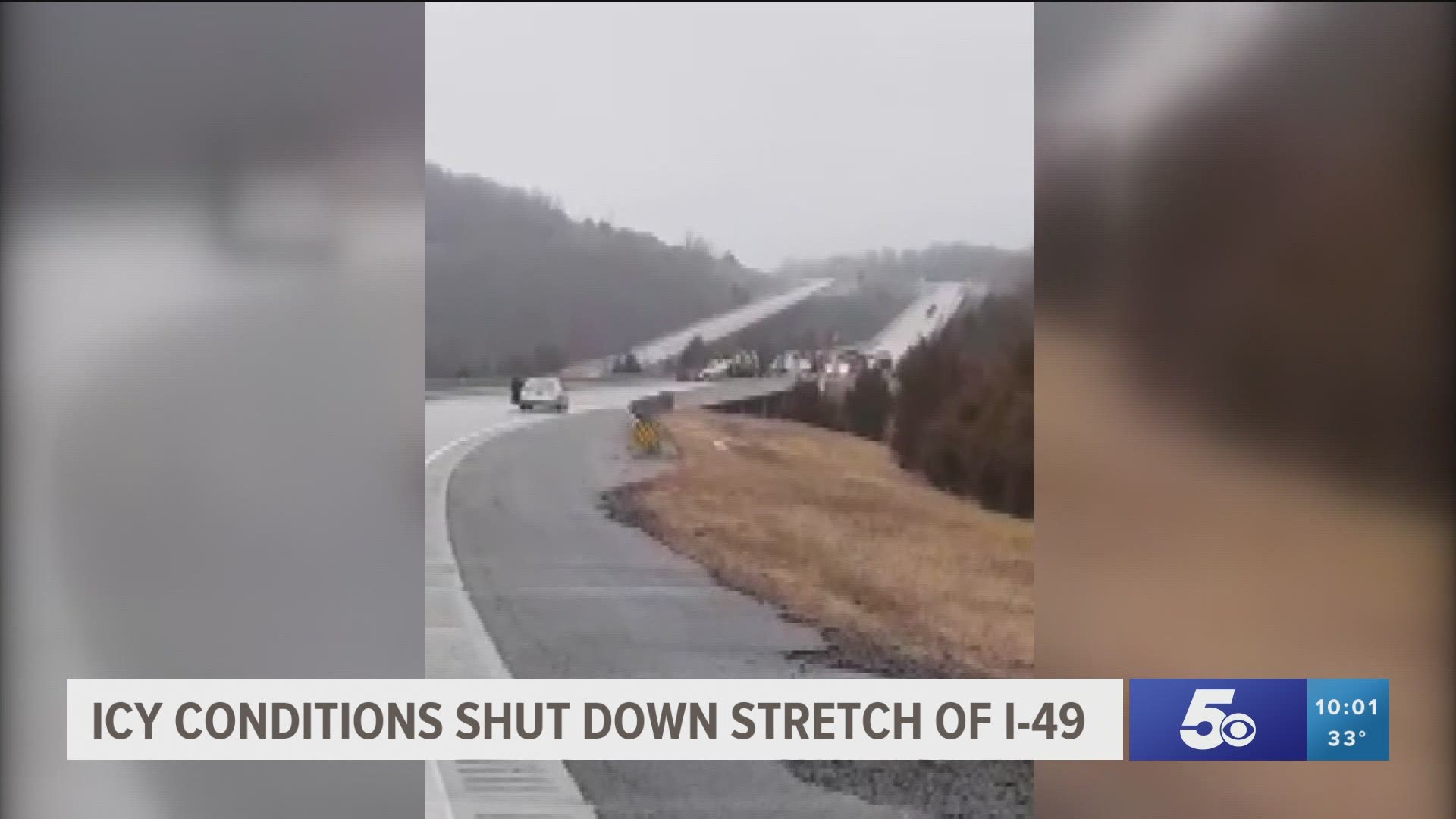 WEST FORK, Ark. — UPDATE: I-49 Northbound and Southbound lanes reopened after hours of being shut down between mile marker 47 to mile marker 51.

Multiple accidents on I-49 near West Fork has traffic backed up.   Both Northbound and Southbound are shut down.

Emergency crews have been on the scene for a few hours after multiple weather-related accidents due to ice on the road this morning.

The wrecks are mostly cleaned up and the vehicles involved have been moved away but Dave Parker with ARDOT said it will be at least another hour before lanes are opened back up because they are treating both the Northbound and Southbound lanes.

The roads are being treated near West Fork between mile marker 47 to mile marker 51. Dave Parker with the Arkansas Department of Transportation says they wanted to treat the roads today but because of the rain, they were unable to.

Stay with 5NEWS for more of the traffic conditions surrounding that stretch of highway.