Top Stories in Northwest Arkansas of 2019

NORTHWEST ARKANSAS (KFSM) — It`s been a busy year in Northwest Arkansas with headlines that will make you smile and cry. 2019 began at the Bella Vista stu... 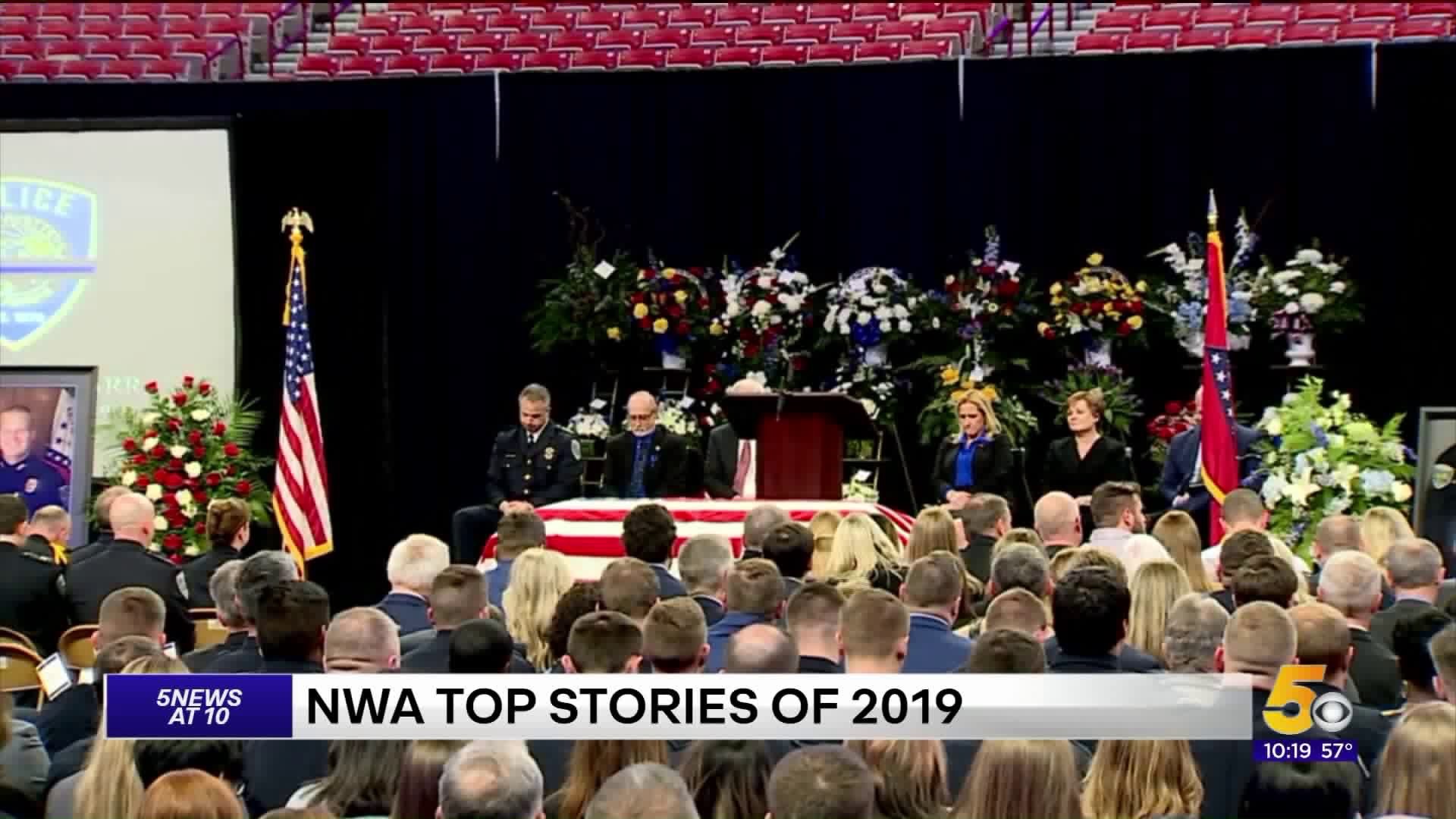 NORTHWEST ARKANSAS (KFSM) -- It`s been a busy year in Northwest Arkansas with headlines that will make you smile and cry.

2019 began at the Bella Vista stump dump fire as the governor signed an emergency declaration. The fire wouldn't be extinguished until June.

Just days later, a truck crashed into a fountain in Siloam Springs. The driver`s 11-year-old stepson died from his injuries the next week.

A University of Arkansas freshman was hit and killed in a crosswalk on campus in February.

Later that month, a convicted murderer and former Gateway police chief admitted to raping a Rogers teacher more than 20 years ago.

And a Prairie Grove father charged with first-degree murder, accused of killing his two-week-old son by punching him in the head.

Some good news in May, as Fayetteville students used 3D printing to make an 8-year-old boy a new arm so he could ride his bike.

June brought with it a stinky situation in Bethel Heights as residents claimed the city was illegally dumping raw sewage on their property. By September, Springdale voted to annex part of the city.

Body cam video showed a Washington County Justice of the Peace arrested, accused of DWI while driving to the scene of her son`s car crash.

5NEWS also cut the ribbon on our brand-new, state-of-the-art studio in Johnson. We began broadcasting from it the next month.

A tragic start to July as a triple-murder suicide left a Gravette girl without her parents and brothers.

Later that week, a Pea Ridge couple saved a baby locked inside a hot car. The infant's mother and her friend were arrested in the case.

In mid-August, federal charges filed against Dr. Robert Levy, a former VA pathologist accused in the deaths of multiple patients while impaired on the job.

Dekota Harvey back in the news, this time accused of murder in the death of his inmate while in jail on murder charges.

Plus two tornadoes tore through Benton County, leading to the death of one man.

In November, a house fire in Benton County killed a man as his family desperately tried to save him.

And a tragic end to the year as a Fayetteville police officer was shot and killed on December 7th. 27-year-old Stephen Carr would be laid to rest the following week as Northwest Arkansas said goodbye to its fallen hero.