Thousands Of Gallons Of Sewage From Fayetteville Neighborhood Gets Into Stream

FAYETTEVILLE, Ark. (KFSM) – It was a smelly situation in one neighborhood after manholes were overflowing with sewage. “I noticed a really obnoxious smell…sewag... 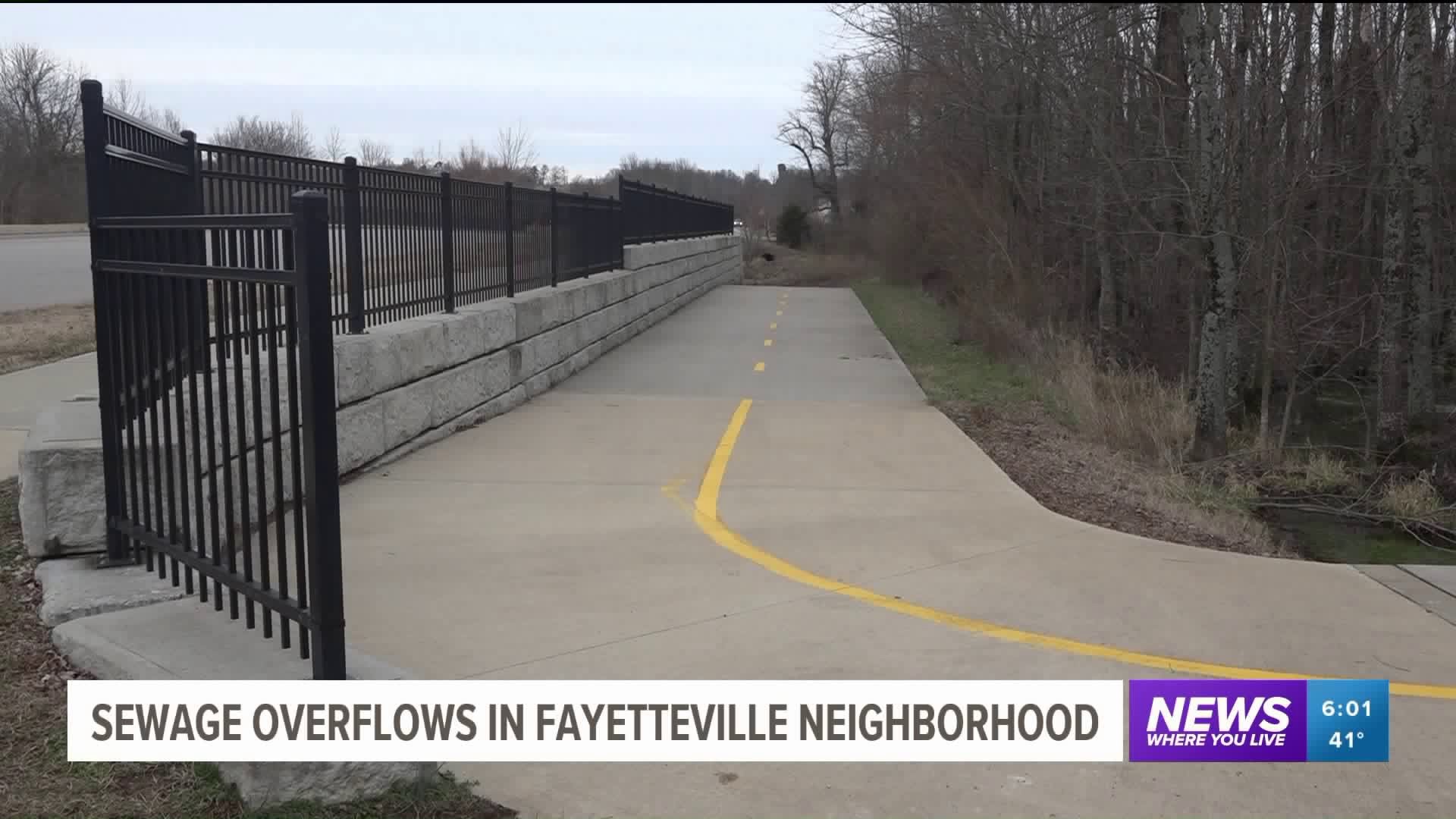 FAYETTEVILLE, Ark. (KFSM) – It was a smelly situation in one neighborhood after manholes were overflowing with sewage.

“I noticed a really obnoxious smell…sewage, it was clearly that and I made a loop around the neighborhood and all the area seemed to be wet,” Michael Gregory said.

Michael Gregory has lived in the Clabber Creek area for more than a decade. He says this area is typically wet because it is a creek bottom. His concern is that his dog often swims in the creek where the sewage smell was coming from and so do kids.

“My concern is how bad is that breach and is there a public health concern. Even if it’s small, even if it’s a minute amount and it poses no health concern, I would like to think the public would be made aware,” Gregory said.

The City of Fayetteville Utilities Director, Tim Nyander says they got a call from someone living in Salem Village about the sewage issue two Sundays ago and were out there the same day.

Nyander says after chasing the leaks downstream, they found a blockage in the line down by the creek.

“We worked on unstopping that blockage and we also cleaned up any standing sewage not only in the yards that had washed down the streets. We did estimate that approximately 70,000 to 100,000 gallons that did get into the stream,” he said.

Nyander says they did report that to the Arkansas Department of Environmental Quality.

He also wants to remind people to call their office or after-hours number if you smell sewage or see any leak because it’s often times those calls from citizens alert them of the issue.