Thieves were caught on surveillance footage stealing from a local furniture store. 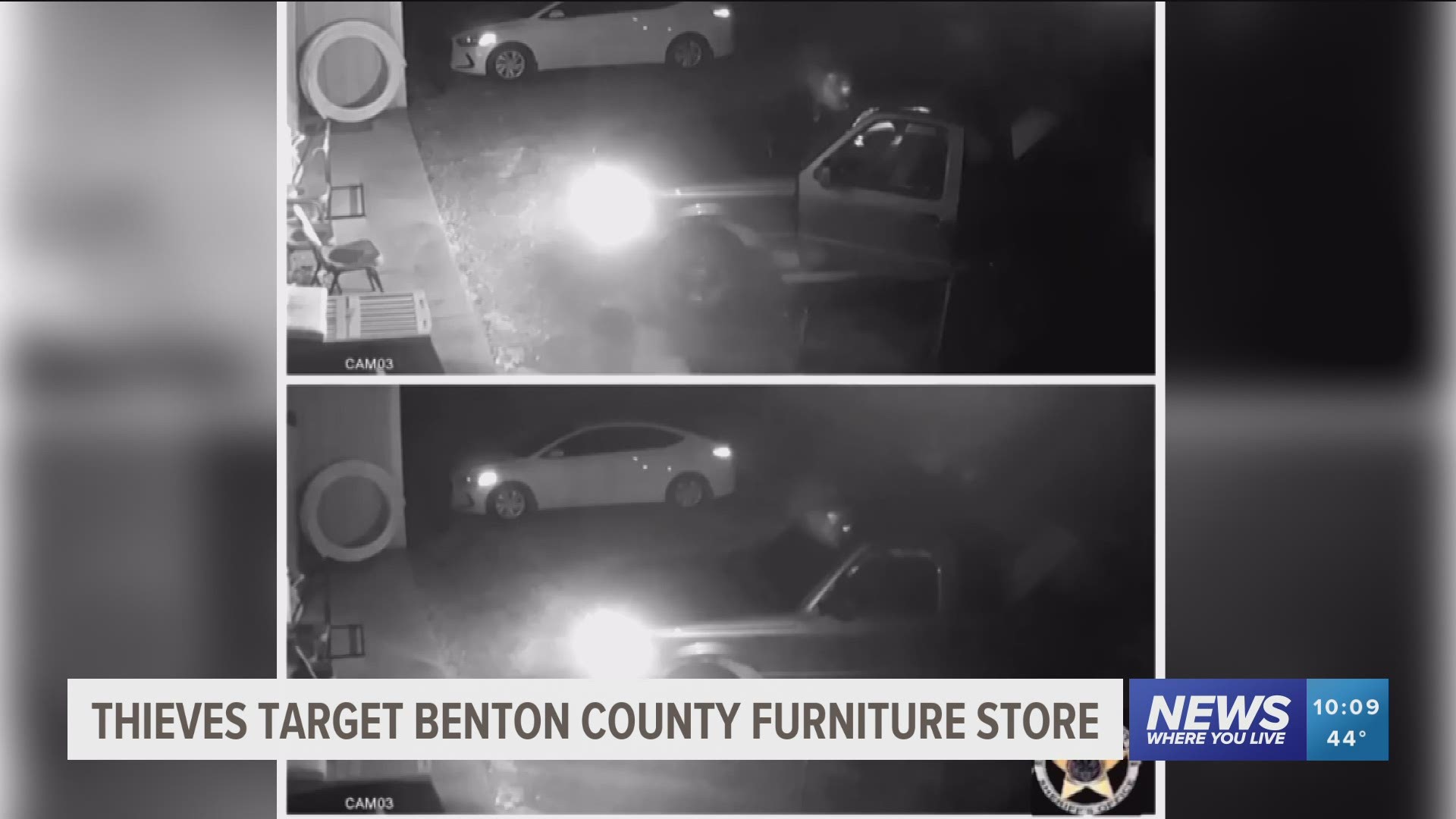 GRAVETTE, Ark. — A thief was caught on surveillance footage stealing furniture from a store in Gravette.

The owner of NWA Outlet Store says the video looks as if the thieves were taking their time, and police say it looks like they were shopping.

The Benton County Sheriff's Office released the video showing a woman and a man stealing the furniture.

The owner says they stole an outdoor aluminum patio couch, a new garment rack, a bar stool and a duffle bag.

Police say the video shows a truck and a car parked in front of the store while the two shoplifters take piece after piece to the truck.

Officers were unable to to see a license plate number from the video and are asking if anyone knows who the thieves may be to notify the department.