FAYETTEVILLE, Ark (KFSM) — Terra Studios is most know for its Bluebirds of Happiness displays. The glass-blown birds are a staple of the art gallery, but the en... 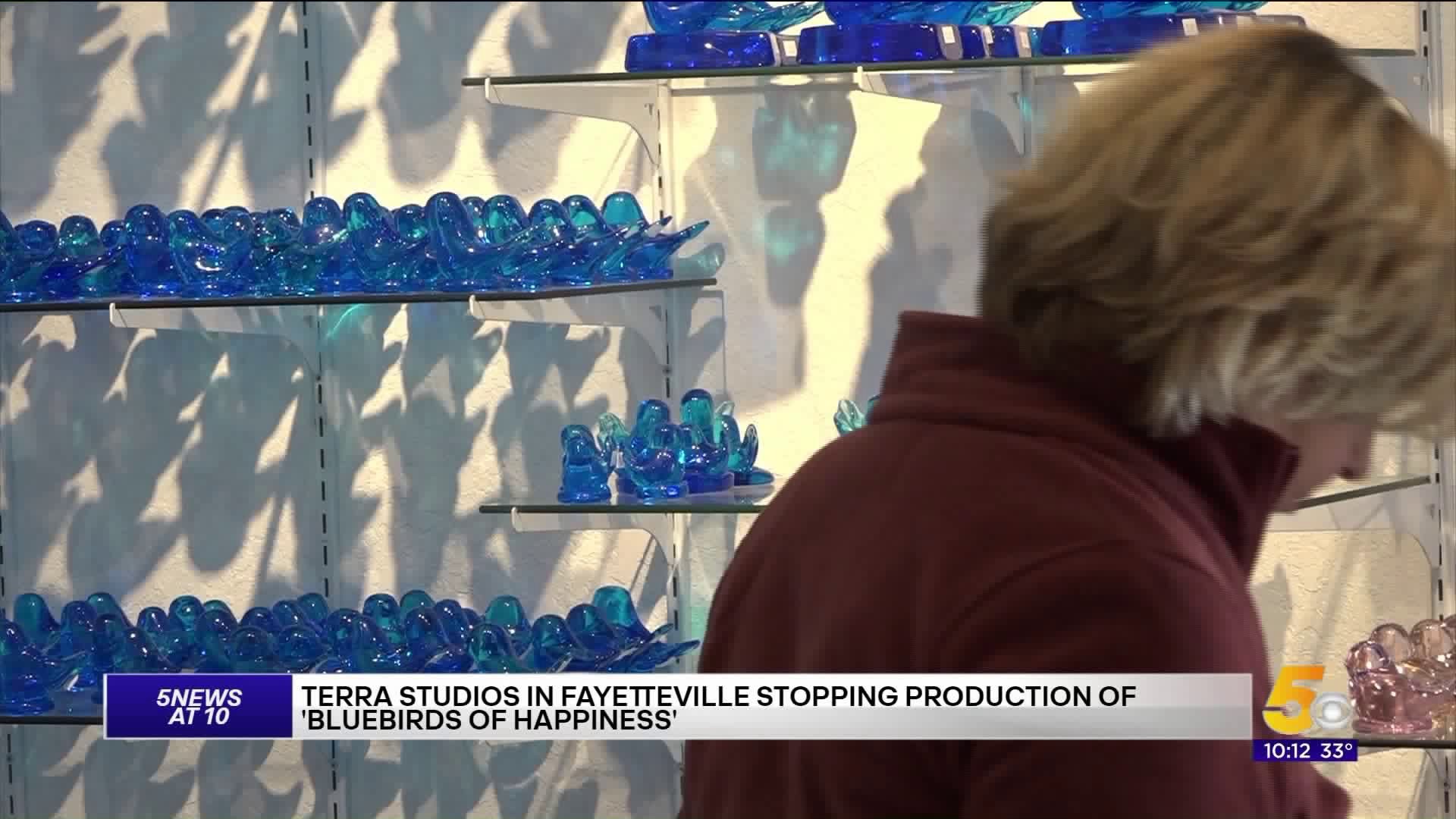 FAYETTEVILLE, Ark (KFSM) — Terra Studios is most know for its Bluebirds of Happiness displays.

The glass-blown birds are a staple of the art gallery, but the energy to produce them takes a toll on the environment.

President of Terra Studios James Ulick says making each bird takes about 55 cubic feet of gas and adds up to over one million cubic feet a year.

"We're not a fossil fuel company, we're not making ungodly amounts, but you know, it's a lot," Ulick said.

For 24 hours each day, the furnaces blast at 2,000 degrees. Inside each furnace, a crucible burns to create peak heat for melting the materials to make glass. A rod is then placed inside, collecting the lava-like substance and brought out to cool and shape.

Once the bird is formed, it's placed inside an oven to finish coloring at 900 degrees for about two days.

Workers at Terra Studios come in for four to five hours to produce around 100 Bluebirds of Happiness. This leaves 19-20 hours of used gas to keep the furnaces running.

The furnaces stay on until each crucible breaks, and they typically last around 10 months at a time.

In an effort to better the planet, Terra Studios will stop the production of the Bluebirds until a more practical energy source becomes available.

Customers and Bluebird lovers like the environmentally conscious stand Terra Studios is taking but wish they didn't have to stop making them.

“They are passionate about their decision and I support that, but I’m here to, you know hopefully purchase some before they’re gone,” Kelly Howell said.

Ulick says he looks forward to one day making the glass birds while also preserving the ecosystems of real birds.

“Absolutely, we would be interested in continuing to make the Bluebird of Happiness, continuing to do hot glasswork, as long as we can do it without damaging the planet,” Ulick said.

Ulick says the Bluebirds of Happiness will be in production through the end of 2019 and for those who worry that time is short, they have inventory that’s expected to last all of 2020.