Strong winds took down trees last night in Sequoyah County. Some of them damaging homes and yards but luckily there have been no reported injuries. 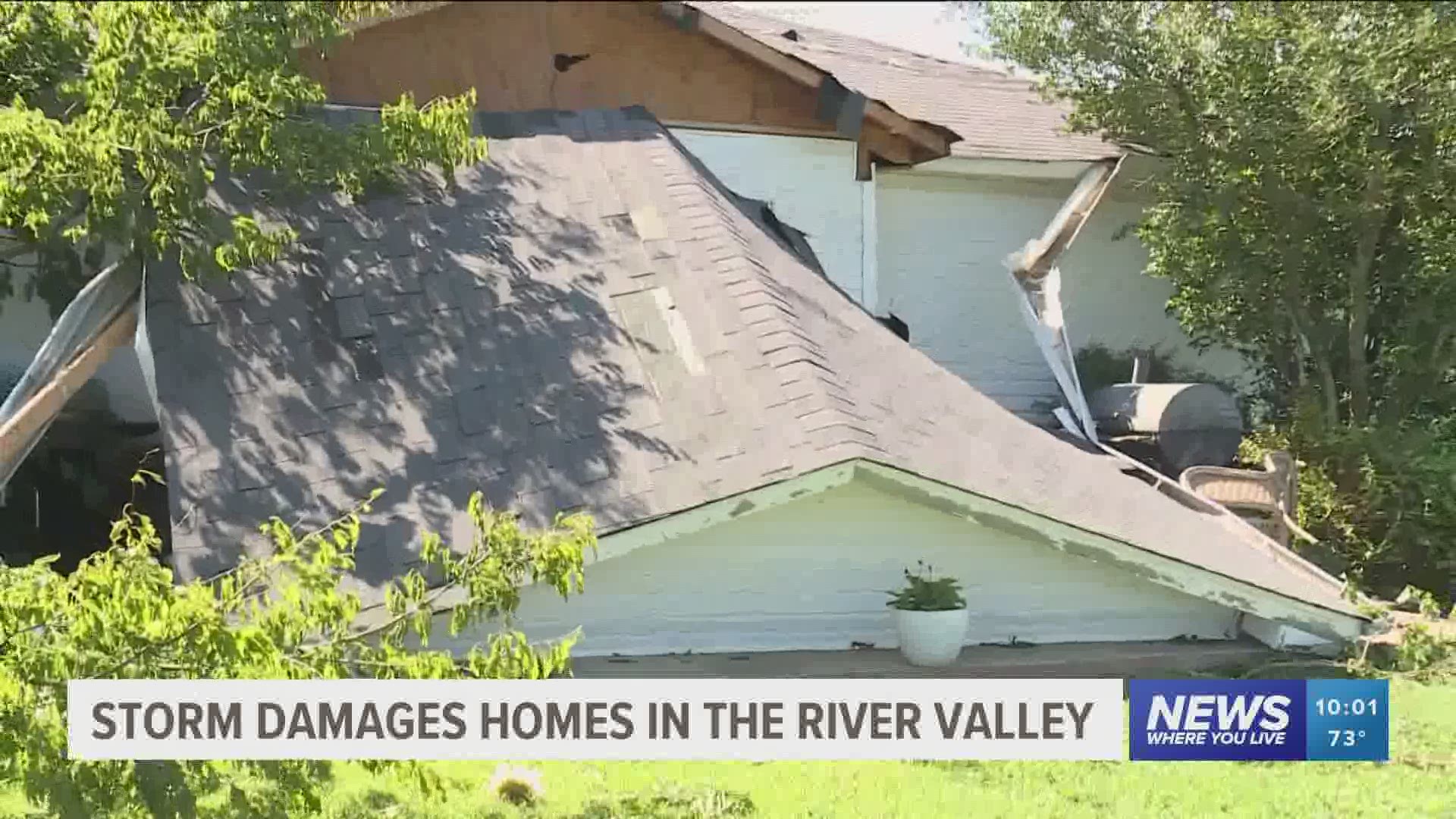 Strong winds took down trees last night in Sequoyah County. Some of them damaging homes and yards but luckily there have been no reported injuries.

People in Sequoyah County think they had a tornado last night. Residents in Muldrow and Roland say trees were crashing into their homes.

Today they woke up to see what was left.

“Oh those storms blew up and it got serious fast the wind was blowing it felt like a tornado,” said Cende Connally, resident of Roland, OK.

“Your ears popped, the wind was gone from the north is gone from the south it was swirling everything around I heard a crack and a third and a big tree drop by my house. We got to looking around the tree dropped on my nephews house they were so many trees down I just thought this had to be a tornado,” said Connally.

Winds were reported near hurricane-force which is 70 miles per hour. There may have been a few areas with up to 80 mph winds.

Residents in Muldrow experienced something similar.

“We got the whole family together in the living room and that’s when we heard a big crash,” said Russell McLane, from Muldrow.

Russell Mclane says that a tree came through the guest bedroom in his house. He says they just moved into this house a couple of months ago so he's hoping they'll be able to fix it.

Cende Connally in Roland says her family lost power during the storm which made the experience even worse.

“We had no more communication and I was pulling up my 5NEWS app on my phone and trying to see the storm and I was just praying to the good Lord to keep his hand on us,” said Connally.

Connally says no one was hurt and that they planned to spend the day cleaning debris.