BENTON COUNTY (KFSM) –A week after an EF-1 and an EF-2 tornado hit, Arkansas Department of Emergency Management are in Benton County continuing their prel... 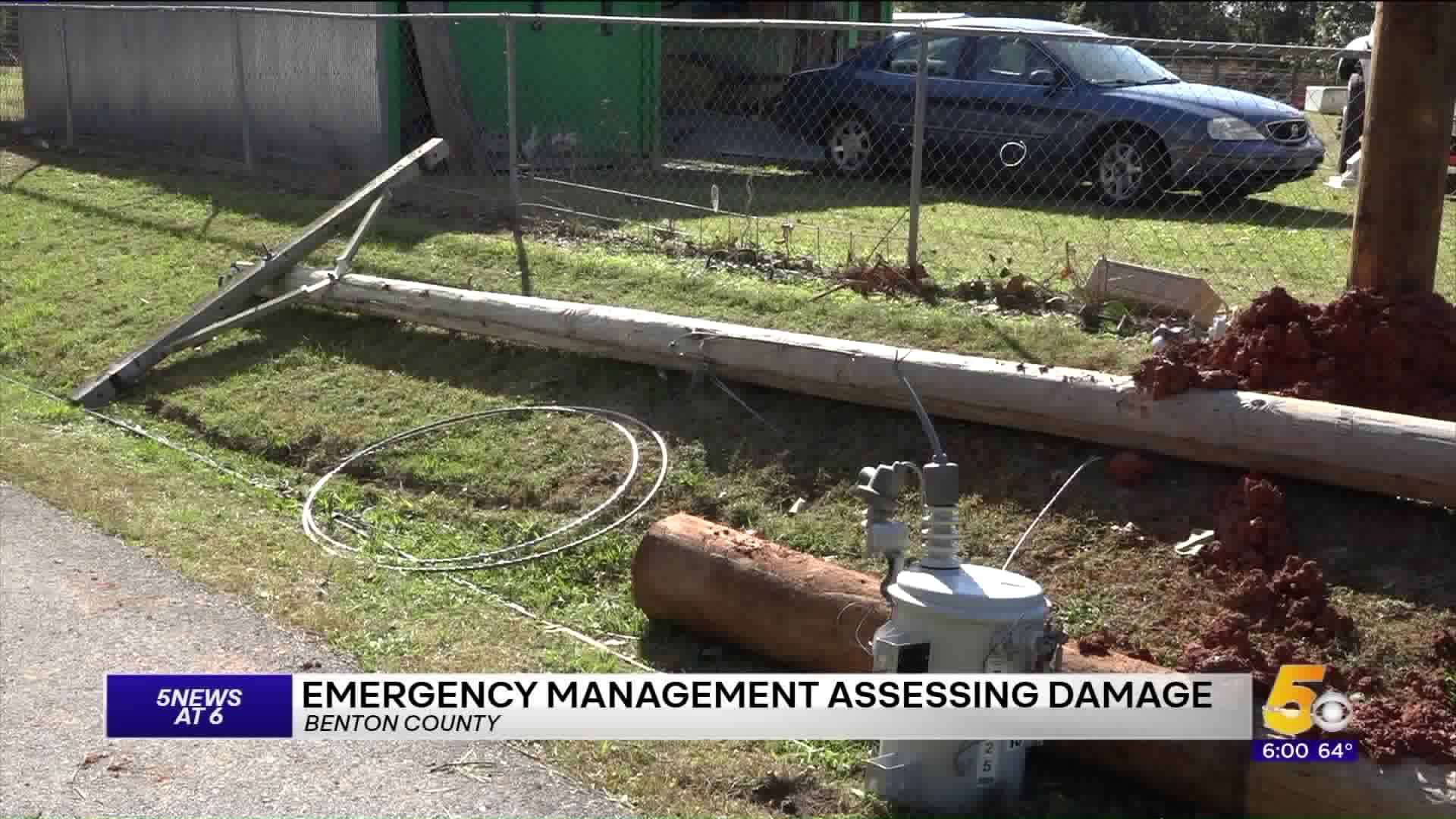 BENTON COUNTY (KFSM) --A week after an EF-1 and an EF-2 tornado hit, Arkansas Department of Emergency Management are in Benton County continuing their preliminary damage assessment. Those preliminary numbers show that more the $6 million in damage was done to the county’s public infrastructure.

Tim Gering with the Arkansas Division of Emergency Management says there must be $4.5 million in damage for FEMA to come do their own damage assessment.

“You never know but it’s looking really good, I’m just trying to be positive about it because there is quite a bit of debris for the cities and counties to cleanup. The rural cooperatives qualify for this because they are private non-profits and you know we have at least five million dollars’ worth of damage just between Siloam Springs and Carroll Electric, so I’m feeling positive, I hope we have it but it’s not done until it’s done," Gering said.

Public Safety Administrator, Robert McGowen says numbers coming in from cities within the county provided the estimate. Most of the uninsured infrastructure in the report comes from Carroll Electric and Siloam Springs Electric. The companies suffered great loss of high voltage transmission poles during the storm. He says Carroll Electric had $3.5 million in damage and Siloam Springs Electric had $1.5 million in damage.

“If we qualify for the presidential disaster declaration, they will be eligible for 75% reimbursement from FEMA and then 25% they will have to pay," McGowen said.

McGowan said he believes the preliminary numbers, due to the tornado damage, will qualify Benton County for a Presidential Disaster Declaration. He said there would need to be $4.5 million in damages state wide to meet the threshold for the assistance. A request would have to be made from the Governor.

"Based on the numbers, our county alone will exceed that," McGowan said.

Teams are still trying to work through gathering reports of damage in Benton County but said an estimated 500 homes were damaged.

Benton County has requested individual assistance and will be doing damage assessments with the state to determine if the county will meet the threshold.