News on 6 reports the two were working to put out a grass fire when their trucks collided head-on. 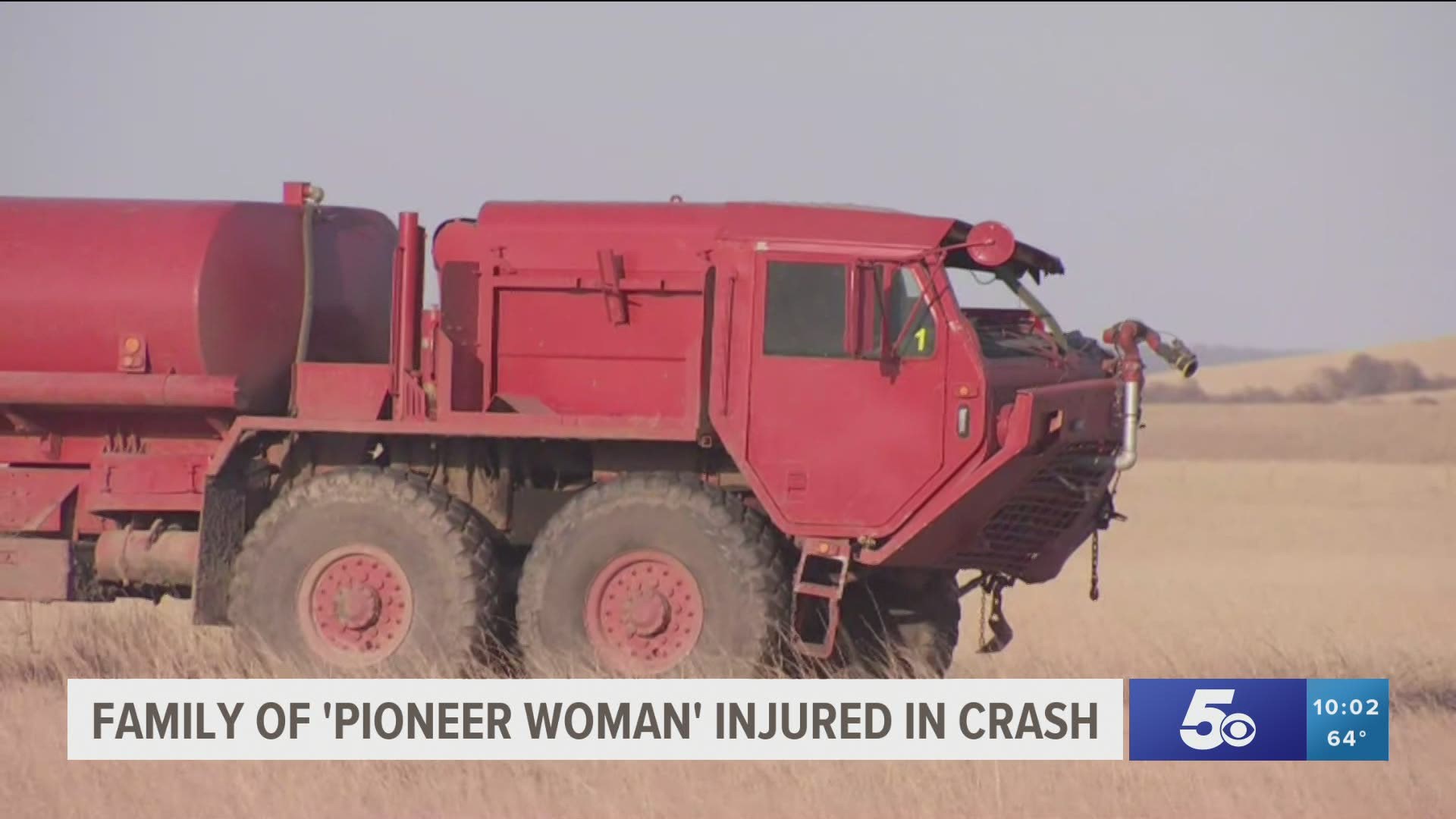 PAWHUSKA, Okla. — "The Pioneer Woman" Ree Drummond's nephew and husband were involved in a fire truck collision on the Drummond Ranch Wednesday (March 10).

According to our CBS affiliate News on 6, Ree's nephew, 21-year-old Caleb Drummond is in the hospital in critical condition and her husband, Ladd Drummond did not have any reported injuries.

According to an Oklahoma Highway Patrol (OHP) accident report, the fire truck driven by Caleb hit the truck driven by Ladd head-on due to high winds on a gravel road which caused decreased visibility.

Caleb was ejected about 70 feet from the truck. The OHP report states that he was not wearing a seatbelt at the time of the accident.

News on 6 reports the two were working to put out a grass fire when their trucks collided head-on. Caleb was taken to the hospital in critical condition with multiple injuries, Ladd refused treatment.

According to News on 6, Osage Nation fire crews said more than 200 acres have been burned.