At his funeral, among Hunter Britain’s family, you could find civil rights activist Reverend Al Sharpton and the family’s lawyer Ben Crump. 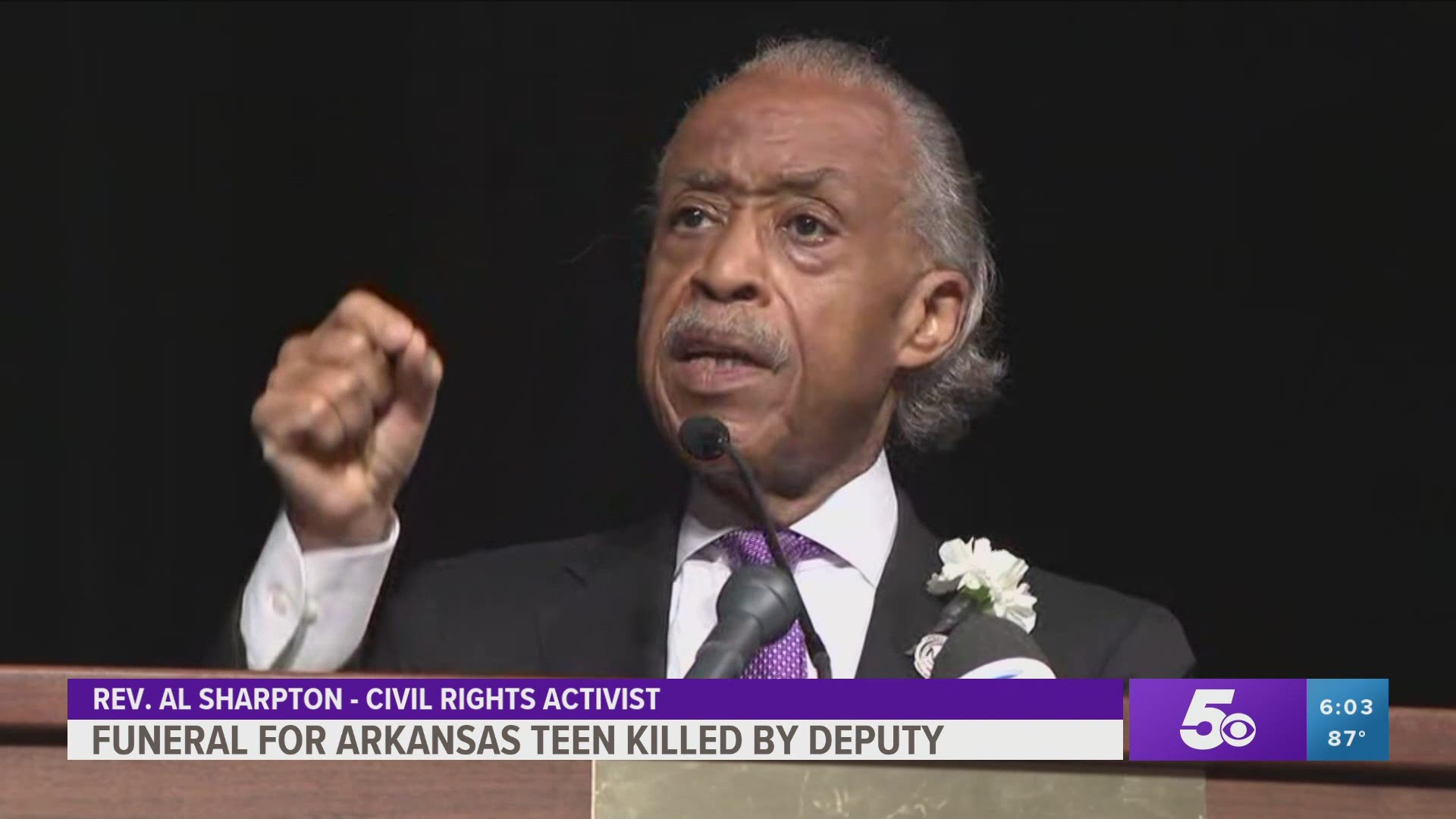 “Here we’re here to mourn, but we’re also here to celebrate. But we should forget how we got here,” said Civil Rights Attorney Devon Jacob.

Nearly two weeks ago, on Wednesday, June 23, Brittain was pulled over during a traffic stop by a Lonoke County deputy. His family says he was shot while placing antifreeze on the back of his tire to prevent running into the deputy’s car. He was fatally shot.

“An unarmed 17-year-old young man should’ve been given the benefit of due process and not be shot down,” Civil Rights Activist Reverend Al Sharpton said.

Since his death, protests have sparked outside the Lonoke County Sheriff’s Office. The deputy who shot him was fired for failing to turn on his body camera during the incident. Arkansas State Police are investigating what happened and have not yet released info in their investigation.

“A deputy is fired for not turning on his body camera instead of fired for shooting an arm 17-year-old,”  Civil Rights Attorney Devon Jacob said.

Fellow Civil Rights Attorney Ben Crump followed, saying, “Hunter was a good boy, and he did not deserve to be taken like this.”

“You’re loved. Your family will not stop advocating until we have justice for you, Hunter,” said Hunter’s uncle Jesse Brittain.

Crump, Sharpton, Jacob, and his Uncle Jesse said everyone needs to come together to end police brutality.  Rev. Sharpton said, “The issue of policing is not about black and white. It’s about right and wrong.”

During the funeral...several of Hunter’s friends, family friends, and even strangers took to the stage to share their memories with him...as well as similar stories of losing their loved ones. The family ended the funeral by taking a last look at Hunter Brittain and escorting him to his final resting place.

RELATED: 'He didn't deserve to be shot': Family of teen killed by Arkansas deputy searches for answers