The trooper claimed the woman immediately needed to pull over, while she says she was looking for a safe place to stop. 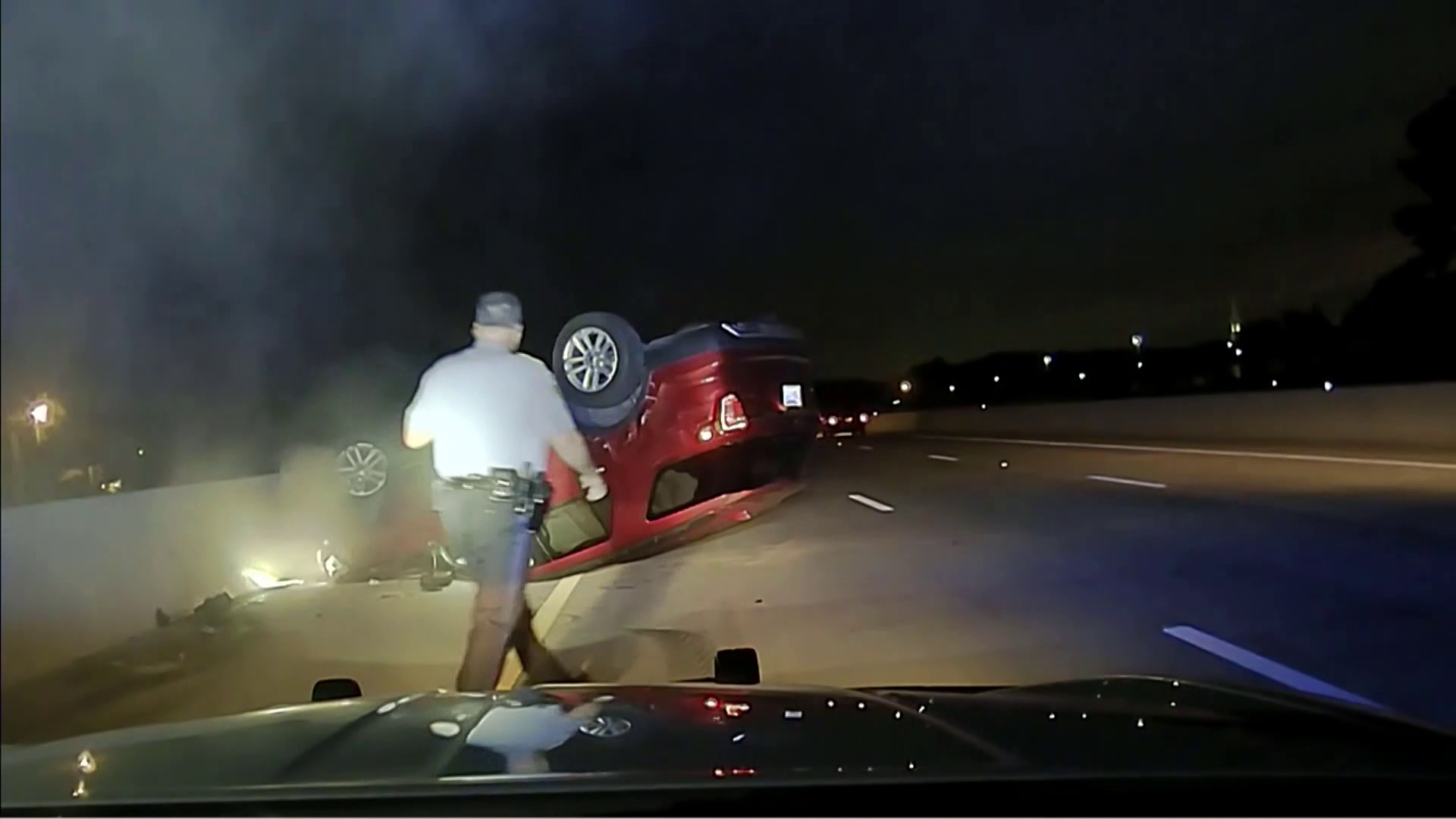 PULASKI COUNTY, ARKANSAS, Ark. — Arkansas State Trooper Rodney Dunn is accused of putting a pregnant woman and her unborn child in harm's way in a lawsuit after deliberately bumping her car, causing it to flip.

CBS News reports that the officer said he performed the approved maneuver because the woman was speeding on Highway 67/167 in Pulaski County last July and didn't pull over.

Video of the incident shows the woman, Janice Harper, immediately turn on her hazard lights and move to the right lane when the trooper turned on his overhead lights.

She continued to drive and says she was looking for a safe place to pull over.

Minutes later, Dunn hit Harper's SUV, causing it to spin, hit the inside wall and flip.

In the dashcam video obtained by CBS, Dunn could be heard calling EMS before getting out of his vehicle and helping Harper get out of her car.

"Are you the only one in the vehicle?" Dunn asked.

"I had my flashers on," Harper answered.

The Arkansas state driver's license guide states that when being stopped by law enforcement, a driver should "activate your turn signal or emergency flashers to indicate to the officer that you are seeking a safe place to stop."

Later in the video, Harper said, "I thought it would be safer to wait until the exit."

"No, ma'am, you should pull over when law enforcement stops you, ok," Dunn replied.

Harper has filed a lawsuit against Dunn, claiming he "executed a negligently performed PIT maneuver" — a pursuit intervention technique which put "her life and the life of her unborn child at risk," CBS News reports. She also claims "there were no exits or shoulder for [Harper] to safely exit the highway."

"I wasn't fleeing," Harper said when Dunn explained why he performed the "PIT maneuver."

Harper told a Central Arkansas news station she thought she would lose her baby, the CBS News report states.

"What if I had kids in the car? I mean, he wouldn't have known. Did that matter?" Harper told the station. "What was going through his head? What made him think this was OK?"

The full extent of the injuries is unknown, but Harper's baby was OK and is now 4 months old.