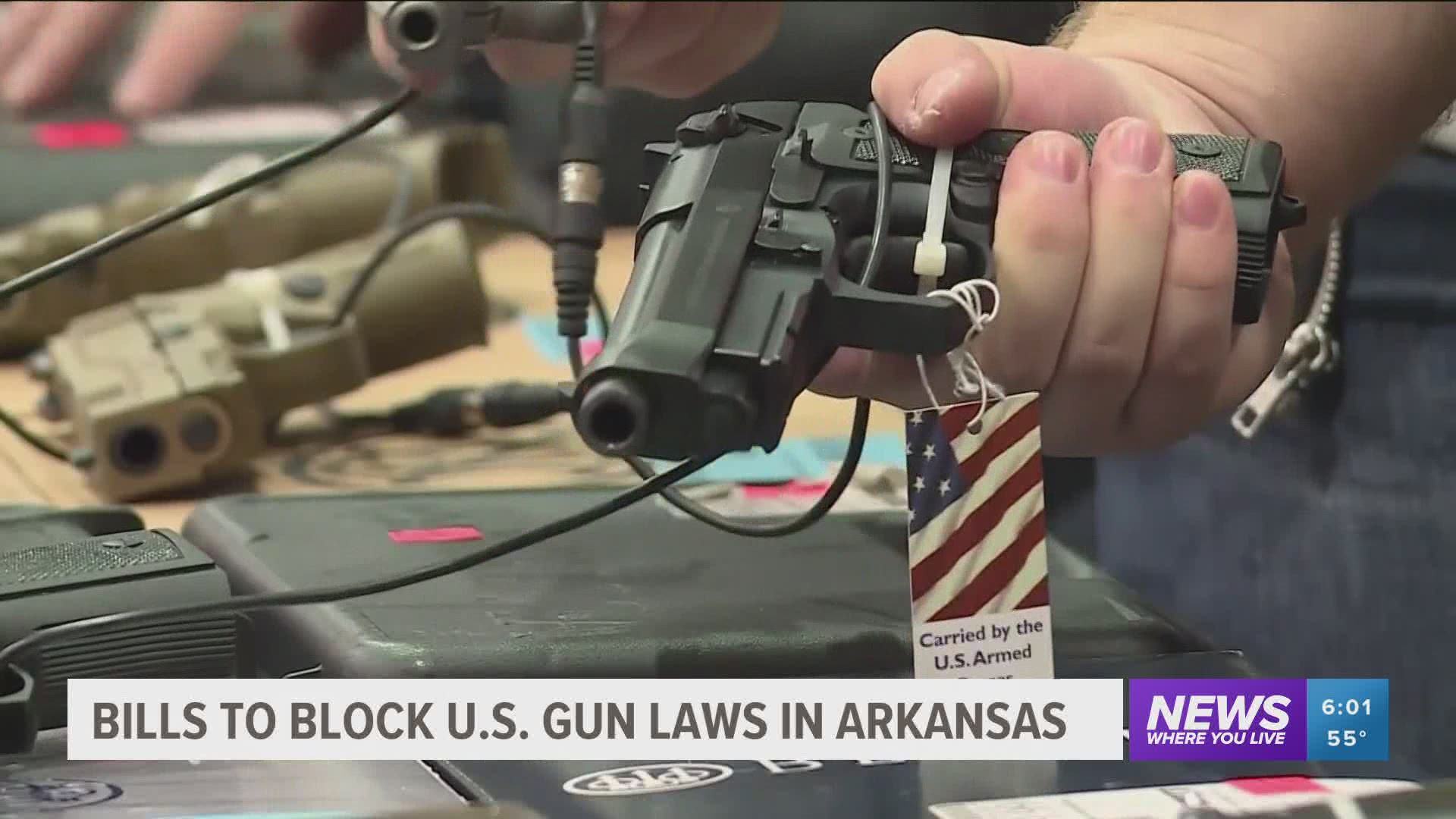 LITTLE ROCK, Ark. — Two gun bills passed by the Arkansas Senate could challenge federal oversight over firearms in the state.

If signed into law, the ‘Arkansas Sovereignty Act’ would make federal gun laws unenforceable in the state, and law enforcement officers could face penalties for working with federal authorities. The ‘Interstate Firearms Protection Act’ would prevent the federal government from regulating firearms or ammunition within Arkansas.

“What we want to make sure is we here in Arkansas set what regulations we want to impose on our selves regarding the Second Amendment and make sure that an overreaching federal government doesn’t make those decisions for us,” Seth Mays, Senior Political Director of the Republican Party of Arkansas, says.

Democratic Senator Greg Leding (D-District 4) says with a Democratic-led Senate and Congress many states led by Republicans are filing legislation to try and pushback against potential federal regulations. He says that’s what both of these bills aim to do: certain firearms regulations won’t be applicable here.

“That’s just not how government works," he said. "I voted against these bills. I will vote against other bills similar to these when they come to us. I certainly understand the concerns, but federal law trumps state law."

Since the mass shooting in Boulder, Colorado, House Democrats have asked President Biden to take executive action to regulate concealable assault-style firearms like the one used in the shooting. Mays says we in Arkansas are self-governing.

“We are a sovereign state, and we are going to make those decisions on our own," Mays said. "That one-sized fits all approach isn’t the same as it is for Arkansas as it might be for another state. We are very proud to be a very pro-Second Amendment state here in the Natural State."

Leding says some instances should be up to states to govern themselves on certain issues. Firearm safety and regulations are not one of those issues, and we need constituency across the county.

“Running legislation to try and supersede federal regulations, I just think, is a little bit of a waste of time," he said. "I think we are going to see lawsuits related to bills like these, and I don’t know that this is the best way to try and go about making the change that the sponsors of these bills want to see."

Committees in the Arkansas House will now hear both bills.