SPRINGDALE, AR (KFSM) — On Friday, October 25th, around 1:45 p.m., officers with the Springdale Police Department responded to a shooting at 3465 Eaglecre... 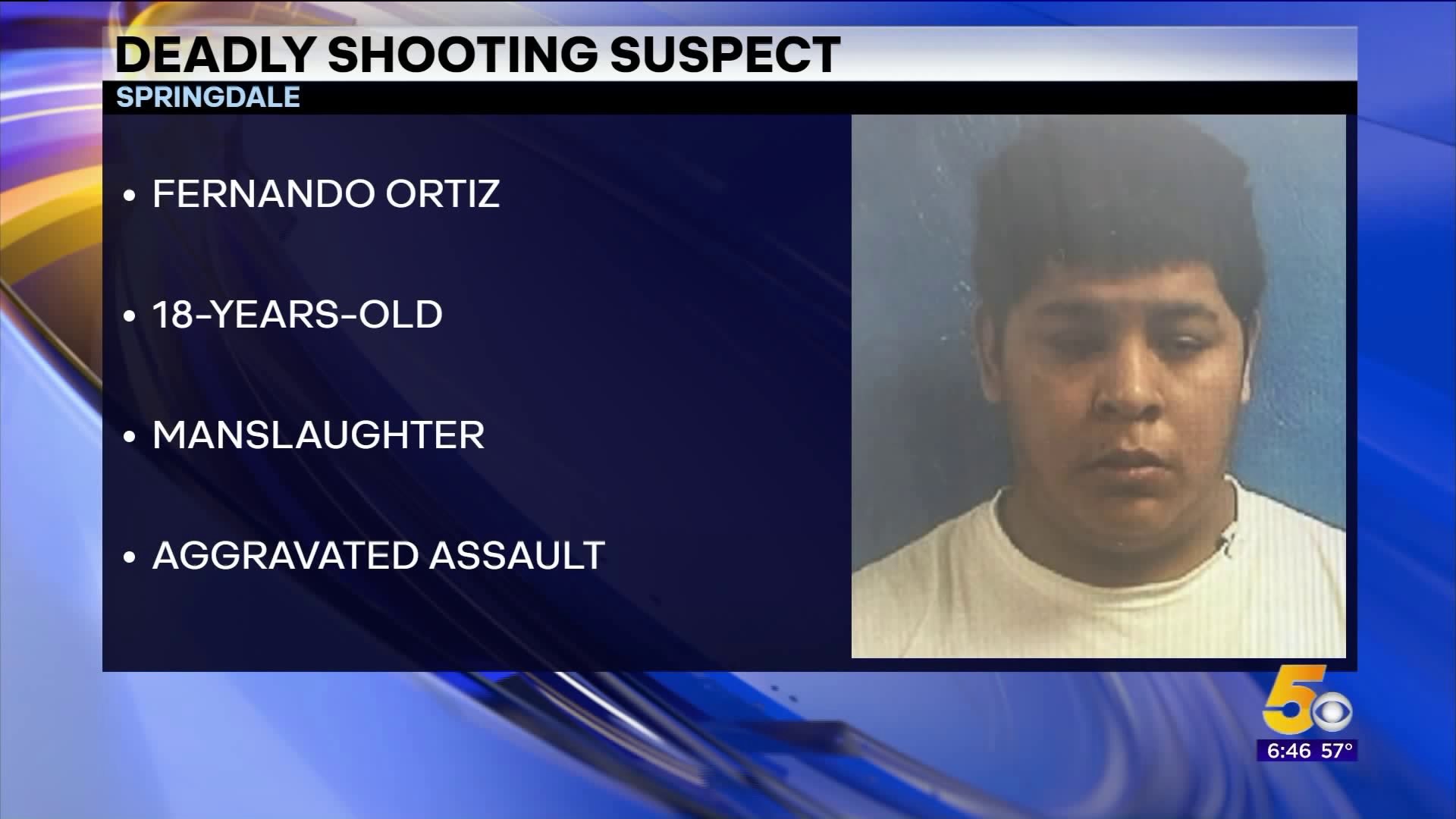 SPRINGDALE, AR (KFSM) -- On Friday, October 25th, around 1:45 p.m., officers with the Springdale Police Department responded to a shooting at 3465 Eaglecrest Circle.

When officers arrived on scene, they found 19-year-old Pedro Pena with a gunshot wound to the neck. Pena was transported to Northwest Medical Center in Springdale where he was later pronounced dead.

Also at the residence was 18-year-old Fernando Ortiz. Officers were told that there were three other men in the residence at the time of the shooting, but they left before officers arrived. Ortiz voluntarily went to the police department to be interviewed, while detectives located the other three men for interviews.

After a search warrant for the residence was obtained, officers located the weapon used in the shooting and found it to be a gun reported stolen out of Springdale in June 2019.

After examining the crime scene and interviews, police believe that as the group of men were hanging out Fernando Ortiz was playing with the gun when he pulled the trigger, fatally striking Pena in the neck.

Ortiz was arrested for manslaughter, aggravated assault, and theft by receiving firearm, which are all a felony offense.

The investigation is ongoing, and further details will be released when they are made available.