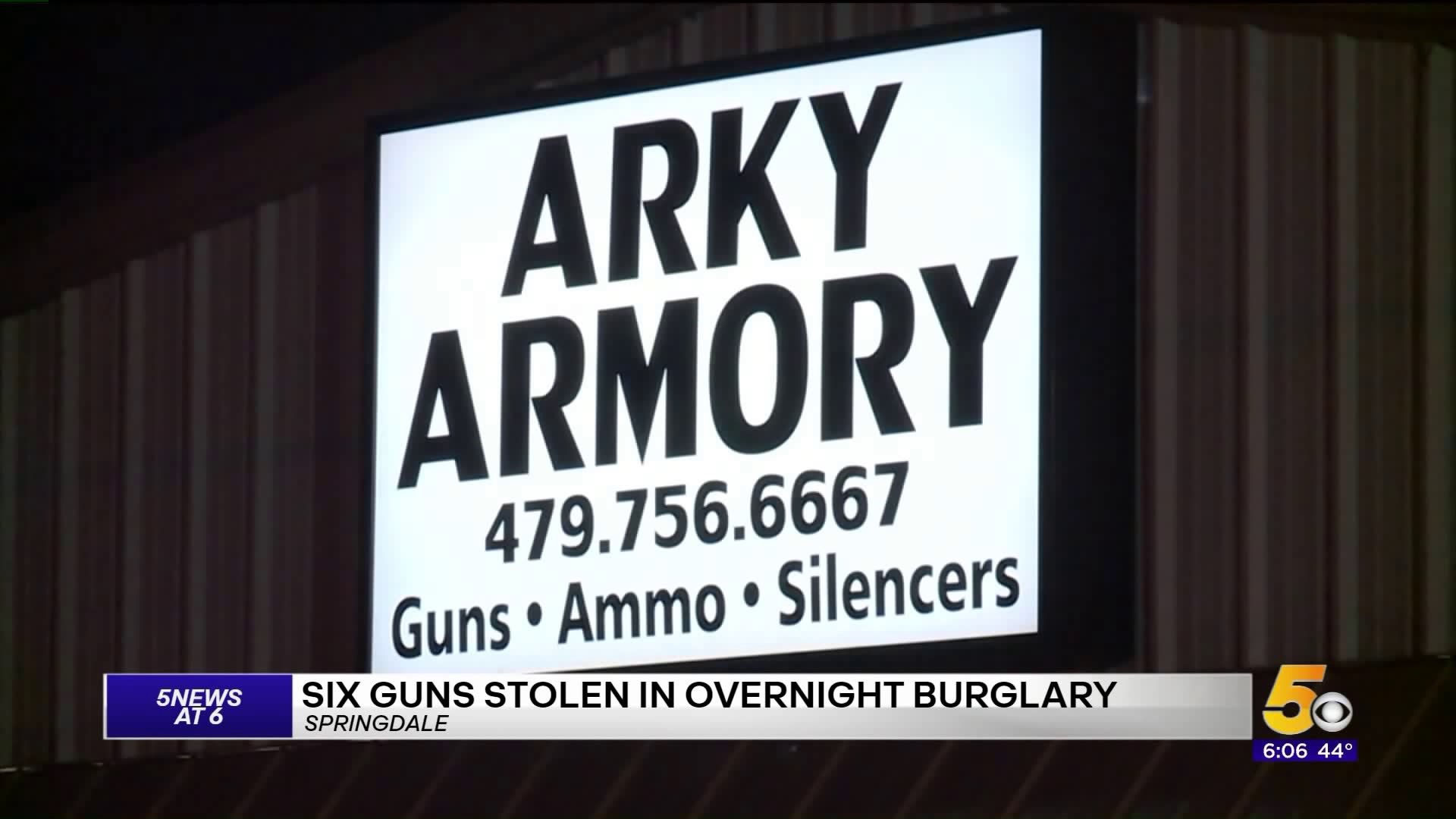 The break-in happened just before 1 a.m. and Springdale Police say the burglars gained entry through the back of the building.

"It appeared somebody had used a vehicle to ram the overhead door to gain entry to the building," said Springdale Lt. Jeff Taylor.

Surveillance video shows three people were involved in the burglary and were only there for about 30 seconds.

"They fled the scene. We processed it and around 7:22 a.m. this morning we got a report of an abandoned vehicle on the west side of town," Taylor said.

Officers were called to Paradise Lane for an abandoned dark blue 2002 Chevy Tahoe.

Upon arrival, they discovered the Tahoe was stolen out of Springdale earlier in the morning. Officers found evidence that linked the vehicle back to the burglary at Arky Armory.