SPRINGDALE (KFSM) — A man volunteering with Springdale Public Schools bands failed to disclose to authorities that he was convicted in 2010 for sexually assault... 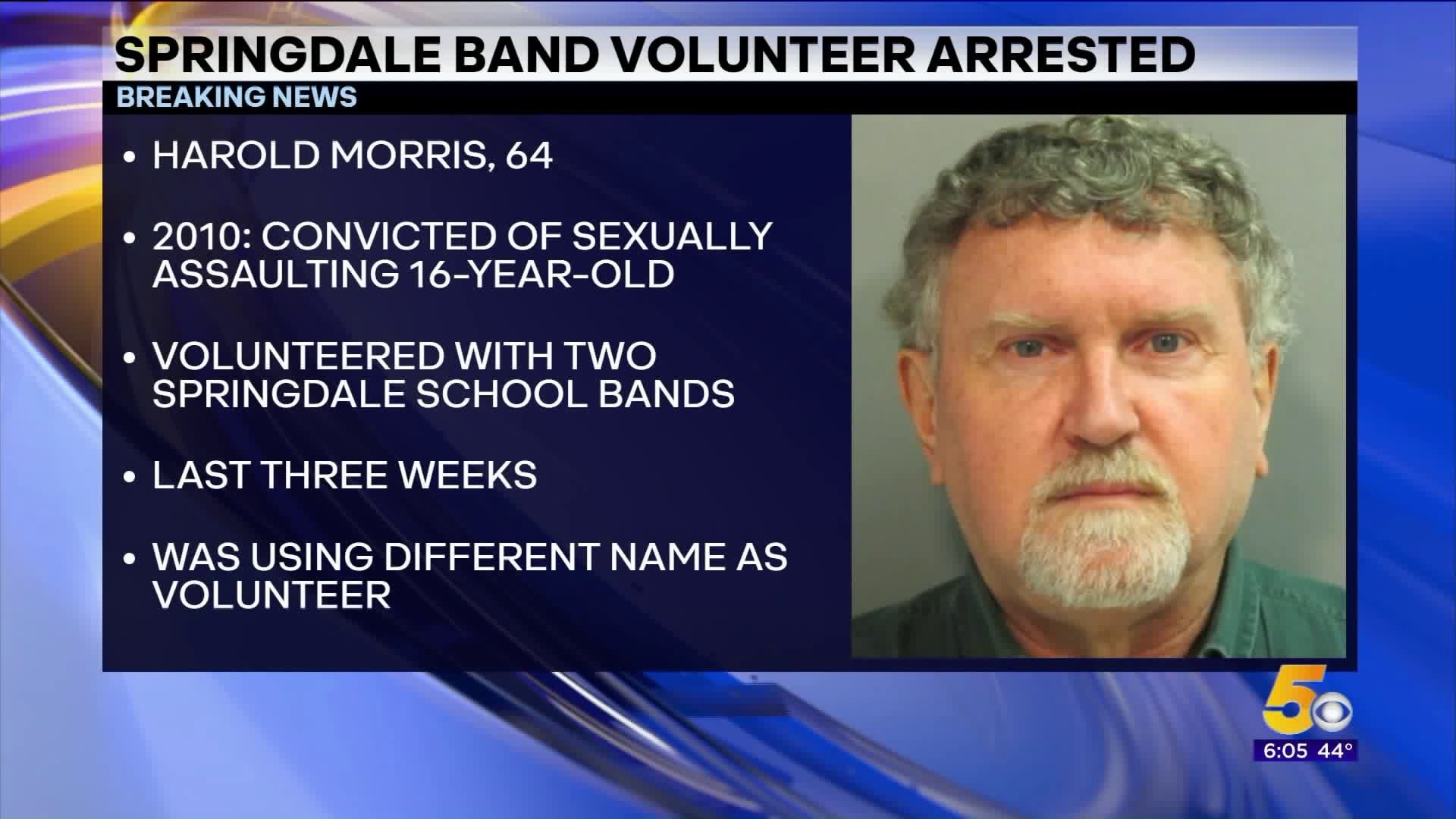 SPRINGDALE (KFSM) — A man volunteering with Springdale Public Schools bands failed to disclose to authorities that he was convicted in 2010 for sexually assaulting a 16-year-old girl.

Harold Morris, 64, was arrested Wednesday (Oct. 30) in connection with failure to register as a sex offender -- a Class C felony.

A school resource officer alerted investigators to his suspicion about Morris earlier this week.

After speaking with the school's band director, Springdale police learned Morris had been volunteering with the Springdale High School and Lakeside Junior High School bands for about three weeks, according to a probable cause affidavit.

The band director said Morris had direct access to children while volunteering.

Morris also told officers he had also been volunteering for the music program at Heritage Friendship Baptist Church, according to the affidavit.

Investigators also learned Morris had given a different name -- Howard Joe Morris -- to the school resource officer or inform the Washington County Sheriff's Office know that he had been serving as a volunteer, which is a violation of state law.

A school spokesman confirmed Morris wasn't a district employee and will no longer be affiliated with the bands.

Morris was sentenced in June 2012 to two years in prison for sexually assaulting a girl when he was the band director at Flippin High School, according to the Harrison Daily Times.

According to his court documents, Morris was also barred from "any occupation or volunteer enterprise giving him unsupervised access to minors."

In Arkansas Class C felonies are punishable by up to 10 years in prison and a maximum fine of $10,000.