According to an announcement made today at the Governor's press conference, a large portion of new cases in Washington County came from three homes. 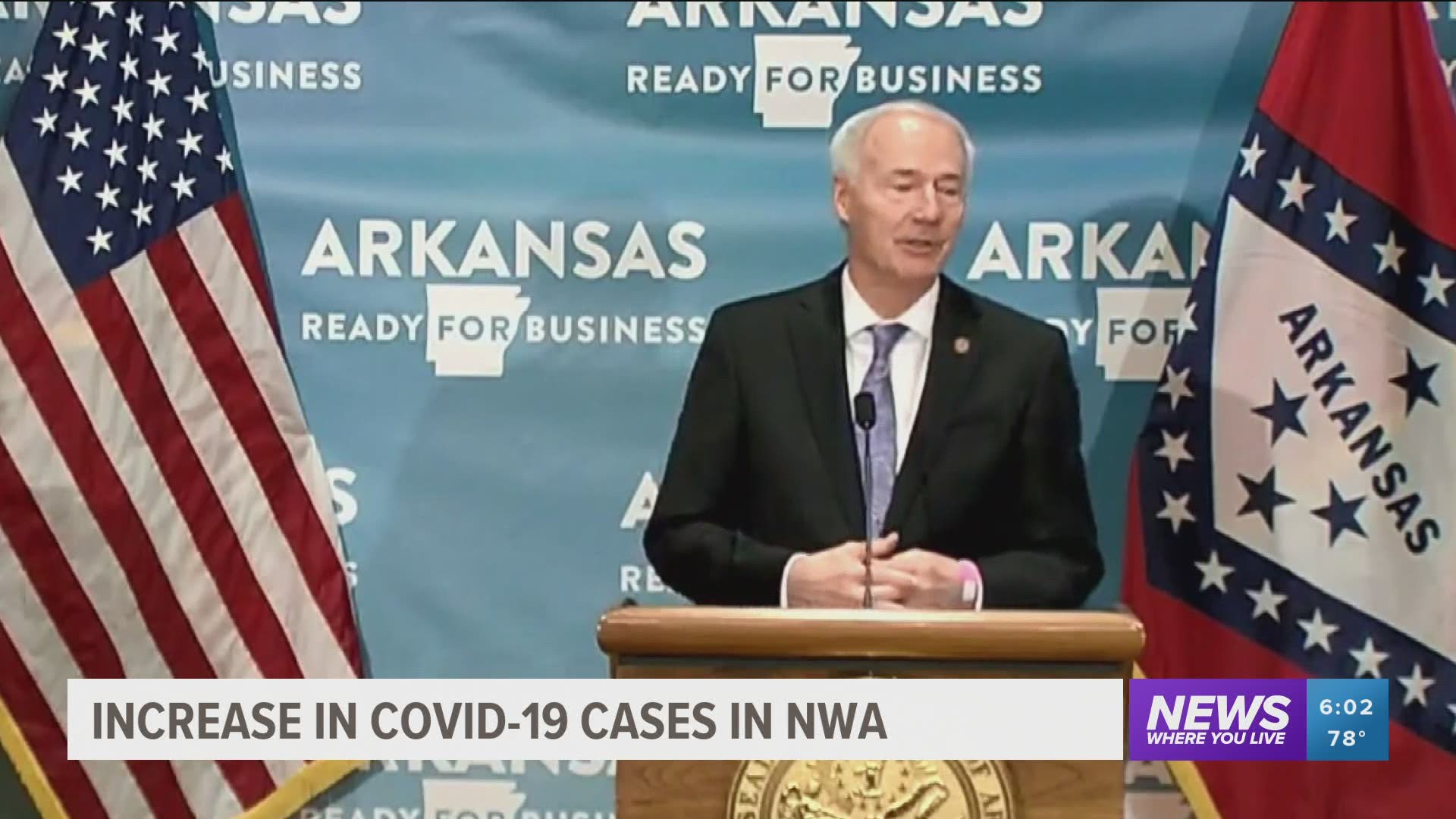 WASHINGTON COUNTY, ARKANSAS, Ark. — According to an announcement made today at the Governor's press conference, a large portion of new cases in Washington County came from three homes in the same neighborhood.

We're trying to learn more about how this neighborhood, which is unknown at this time, contracted the coronavirus. But we do know through contact tracing, state experts we're able to track this information down and pinpoint a location.

Washington County and Benton County both saw their own largest day increases. The Governor says of yesterday's county Benton County had 22 new cases.

The importance of contact tracing comes from the numbers out of Washington County. 32 additional cases were counted. As we mentioned, the Governor says most of the cases in Washington County were from 3 houses.

He says Secretary Nate Smith and the Department of Health we're able to trace 61% of the cases from yesterday. Hutchinson says this helps provide more detailed information into how the virus spreads.

The Governor said this spike in Washington County cases especially in a single neighborhood shows how fast this virus can spread within a community.