GREENWOOD, Ark. (KFSM) — Voters in Greenwood are being asked to extend a tax already on the books. The mayor says it’s one of the biggest decisions citize... 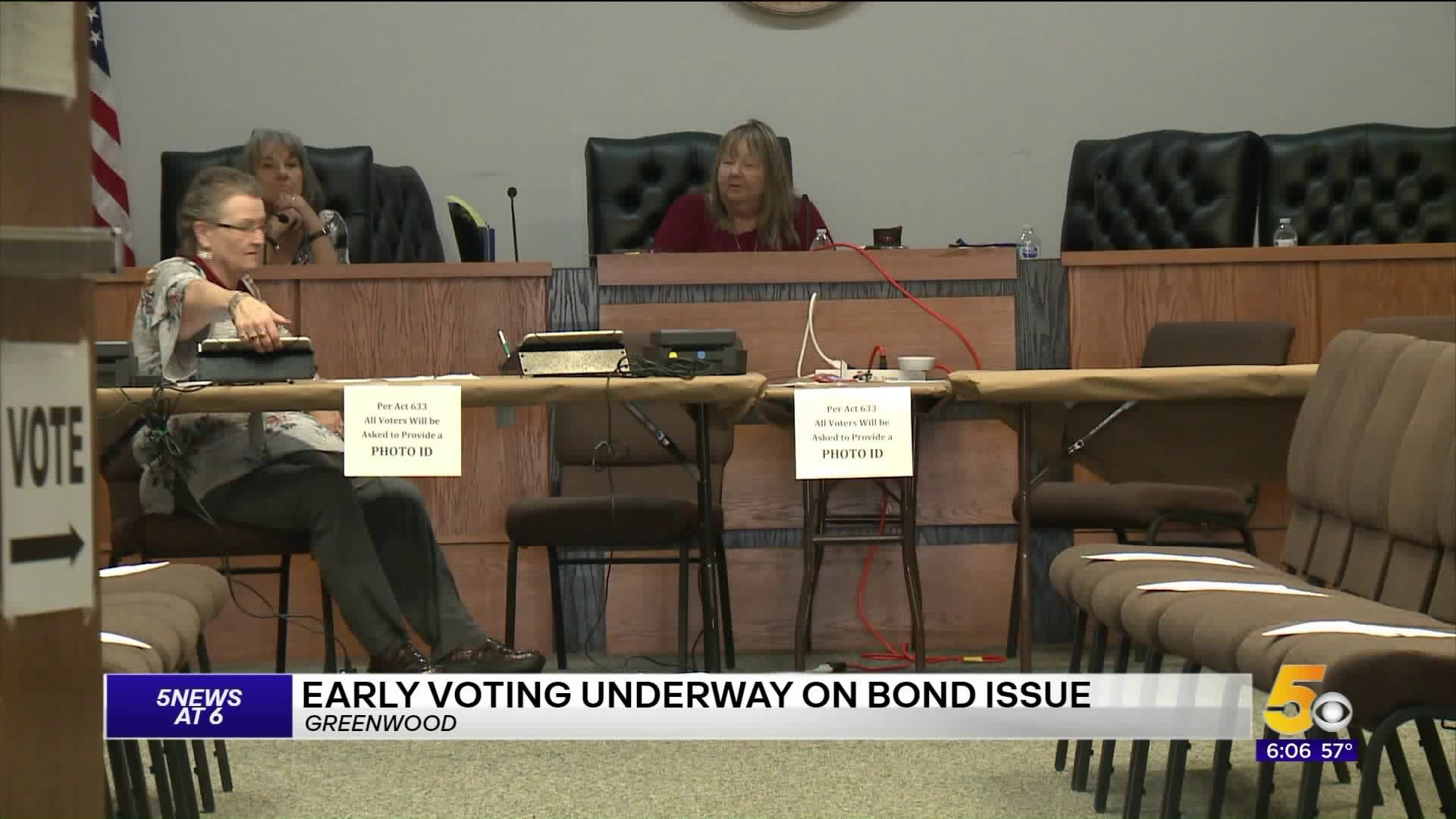 GREENWOOD, Ark. (KFSM) — Voters in Greenwood are being asked to extend a tax already on the books.

The mayor says it's one of the biggest decisions citizens have made in a long time and could help alleviate traffic congestion.

If passed, the road construction project would alleviate traffic congestion on main thoroughfares in the city.

When voters head to the polls they’ll see two questions on the ballot and must answer both.

The first question is to refund the bond that paid for the police station.

In order to do that and get funding for the road project, the second question asks to extend the existing quarter-cent sales tax.

“We’re not creating any new taxes at all. This is to extend what’s already there," Greenwood Mayor Doug Kinslow said.

The entire project will cost $33 million with the city producing 20%, or about $6.5 million.

“It’s very important that we have two “for” votes otherwise it kills it. If you vote for one issue, against the other, it kills both of them. So, it requires two for votes," Kinslow said.

If the bond passes, drivers could be looking at a new section of the highway in about two to three years.

Early voting continues through Monday and election day is on Dec. 10.