FORT SMITH, Ark. (KFSM) — It’s common for the flu to spread quickly in schools. That’s why several schools in our area are participating in a program that... 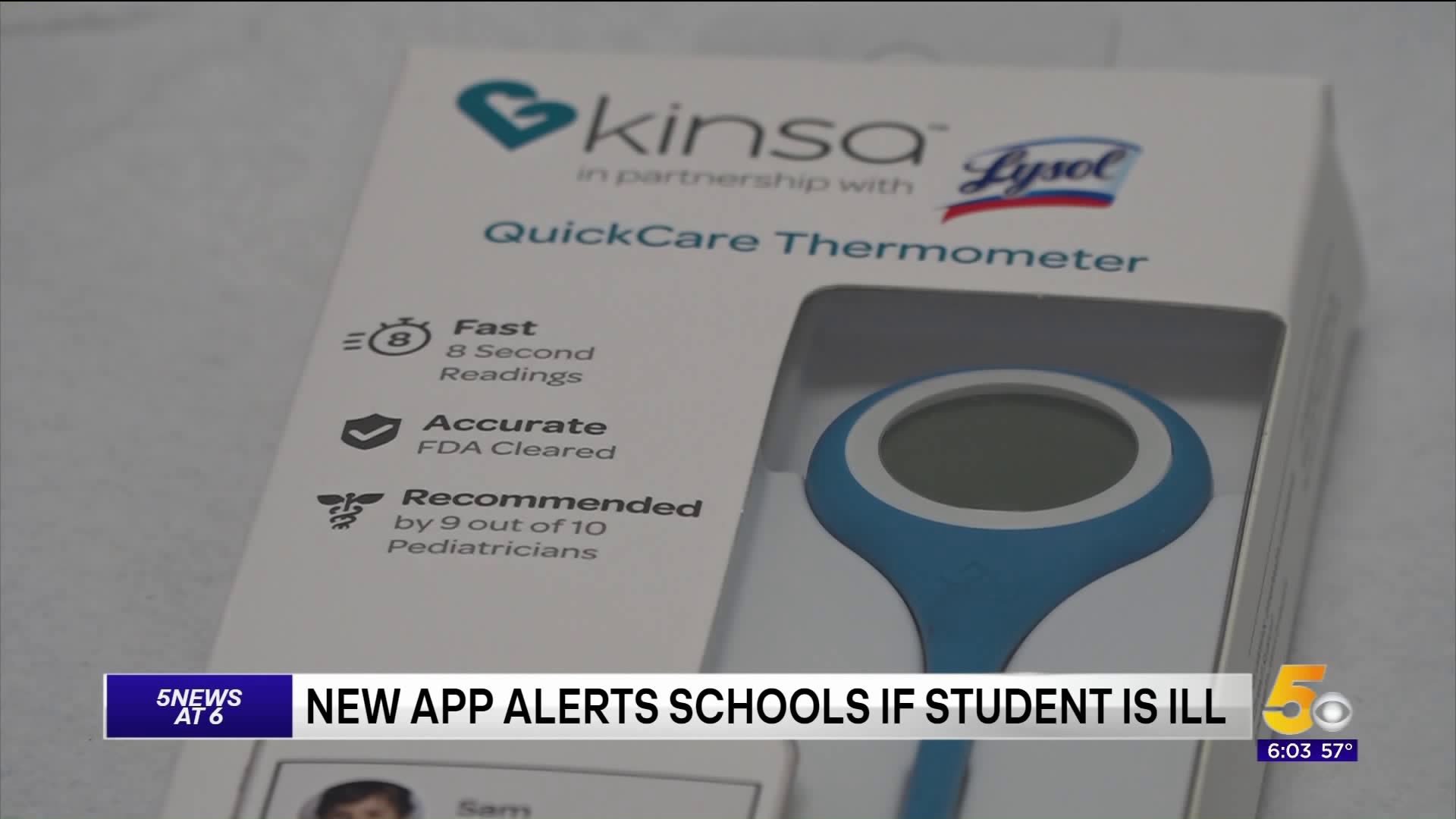 FORT SMITH, Ark. (KFSM) — It's common for the flu to spread quickly in schools. That’s why several schools in our area are participating in a program that uses technology to let other parents and school officials know what is going around.

The Kinsa for Schools or the FLUency program keeps participating schools in the know, all by taking your child's temperature.

A smart thermometer connects to an app that tracks the child’s temperature, and if the child gets diagnosed with an illness like flu or strep throat, they can put that into the app, and the school is anonymously notified.

“We can let the janitor staff know to do some extra cleaning. Let that teacher know about that classroom, and then the parents get a weekly email that tells them the sickness in their children’s grade level,” Katie Kratzberg said.

Christ the King Elementary School is one of the few schools in our area participating in the program, Advancement Director Katie Kratzberg says they hope this will help them catch sickness before it starts spreading.

“Help parents be aware if there is something happening in their class, so maybe they can get their student to the doctor faster than they would not knowing if there was illness going around, so it’s really helpful for the families, the students, the teachers and the school and we are really excited that we were able to be part of this program,” she said.

Other than at Christ the King, several other schools are participating in the program, including three Springdale Public Schools, one Fayetteville Public School and one Mulberry Public School. The company that developed the thermometers says they are pleased there has been such a great response to their program.”

“We realized in schools illness spreads like wildfire right, so if we can give parents, school nurses more information about what’s going around their child’s school, we can help them take more appropriate measures to stop it,” said Nita Nehru.

Kinsa communications director,  Nita Nehru, says the mission of their company is to stop and track illness through early detection and early response. She says the first thing a parent typically does when they suspect their child is sick, is taking their temperature.

“By giving them more information in real-time about how to get better faster, we are also able to anonymously aggregate indicators of spreading illness to understand when and where illness is spreading,” she said.

The smart thermometers are free to parents if your child's school is part of the program. You just have to register through the app. The thermostats can also be purchased in stores.