ARKANSAS (KFSM) — Slick conditions are being reported across Northwest Arkansas as a mix of sleet and light snow coats roadways. Several rollovers and cars are ... 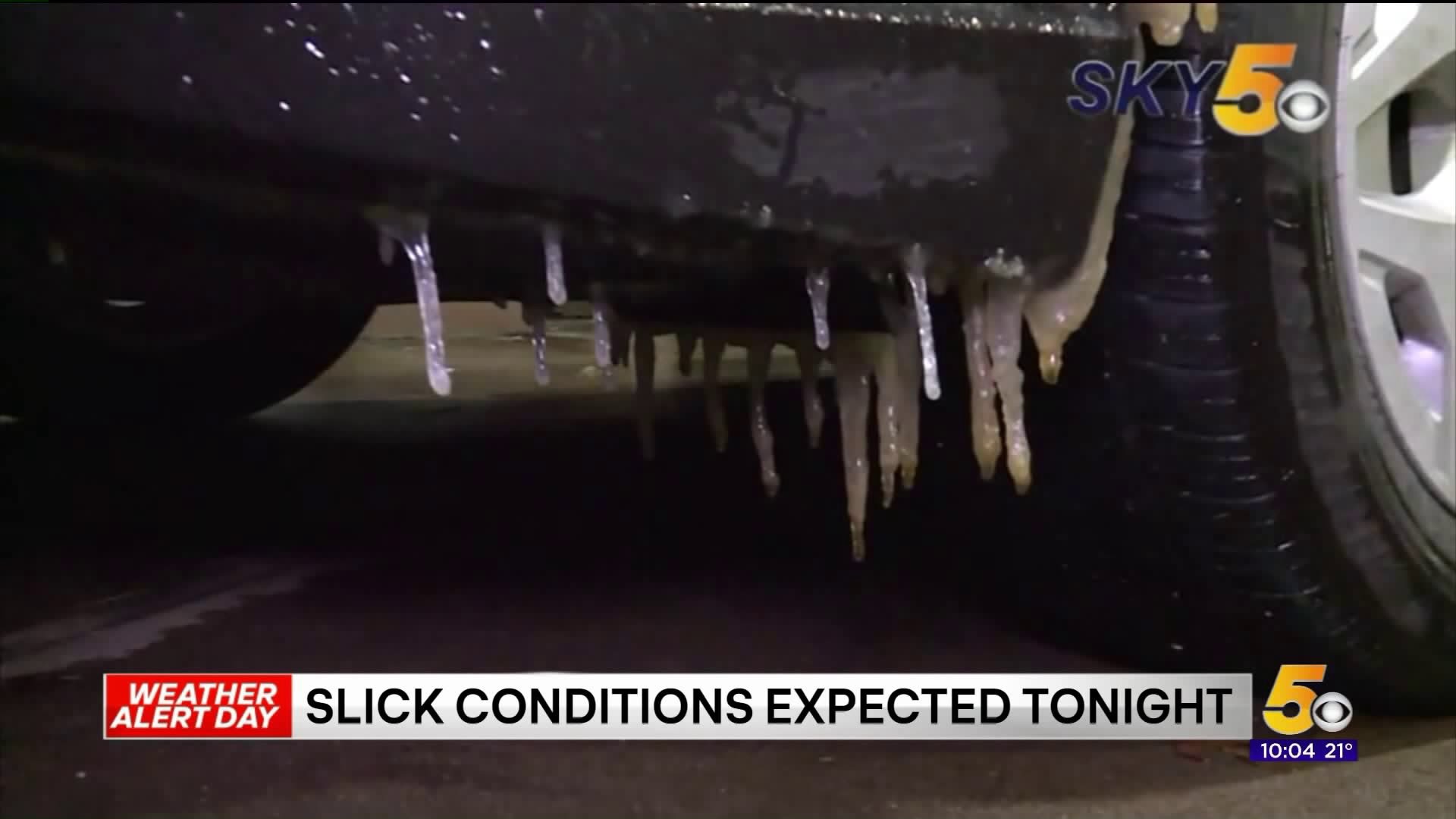 ARKANSAS (KFSM) — Slick conditions are being reported across Northwest Arkansas as a mix of sleet and light snow coats roadways.

Several rollovers and cars are in the ditch along I-49 in Washington County.

Multiple accidents have been reported on Hwy 412 in Benton and Madison Counties.

Danny Straessle with ARDOT told 5NEWS road crews have been spreading rock salt on I-49 and Hwy 412 from the Oklahoma to the Madison County border.

Waves of sleet and light snow will continue to move across Northwest Arkansas this afternoon, eventually dropping south into the River Valley as well.

Freezing temperatures will cause more slick spots as we head into the evening.

"Our hope is that the roads will dry out in the over night hours," Straessle said. "There will be some wind associated with this evening. Hopefully, that will help dry the pavement out a little bit."

Straessle suggested allowing extra time before heading out the door in the morning to heat up vehicles and drive at the appropriate speed for the road conditions.

"As we roll into the over night hours our crews will be out patrolling the areas so that they can be in place where they are needed," Straessle said.