SILOAM SPRINGS, Ark. (KFSM) — A football player from Siloam Springs is raising money for his classmates in need. Harry Losh is a senior kicker for Siloam ... 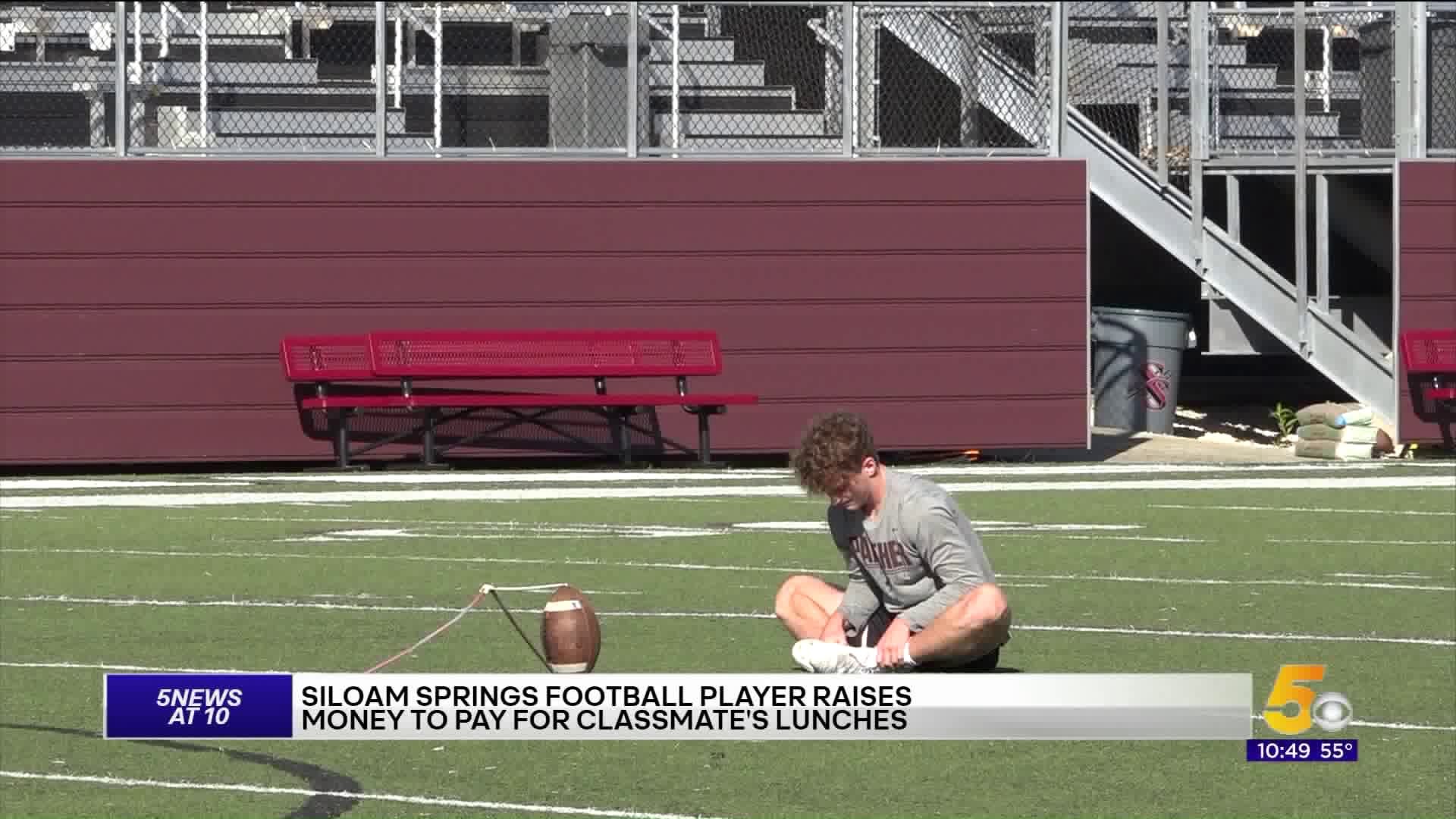 "I honestly got sad, going in the lunchroom, every time I bought lunch I would just see kids who would have to go back because they were negative."

Harry Decided to create a GoFundMe account at the beginning of the football season; this fundraiser will go toward paying negative lunch debts of fellow classmates.

"I`m asking people to pledge money or do a flat donation for every kick I do, for every field goal I make." He says. "I just really wanted to help people so I figured out, I play football so Friday night lights is a good opportunity."

Harry's mom, Sarah Losh, says Harry has anonymously paid for other student's lunches before. "I`ve known of him lots of time paying with his money for a couple of kids here and there and actually out at restaurants too. He`ll do that occasionally at places"

Harry's mom says she's proud of this unique idea to help others. "I think it`s embarrassing at the high school level especially that`s super embarrassing. And there`s just lots of people that just don`t qualify for free or reduced lunches, just a lot people don`t qualify for that and still need the help," she says.

Harry Grew up in Siloam Springs. He says it's a good feeling knowing you are helping the community where you grew up.

"It makes me feel good. I just get to help out the community where I`ve been raised in." He says.

The Siloam Springs School district does follow Arkansas State Law and never denies a child lunch. Director of Child Nutrition, Jason Carter, told 5NEWS that a child who wants to eat will never be denied a meal in the cafeteria despite having a negative lunch balance.

Harry's goal is to raise $2500 by the end of the season. As of now, people have donated about $500. If you would like to donate for this cause, visit GoFundMe.com