SILOAM SPRINGS, Ark. (KFSM) — The city administrator for Siloam Springs issued an apology Wednesday morning for not sounding the sirens during Monday’s to... 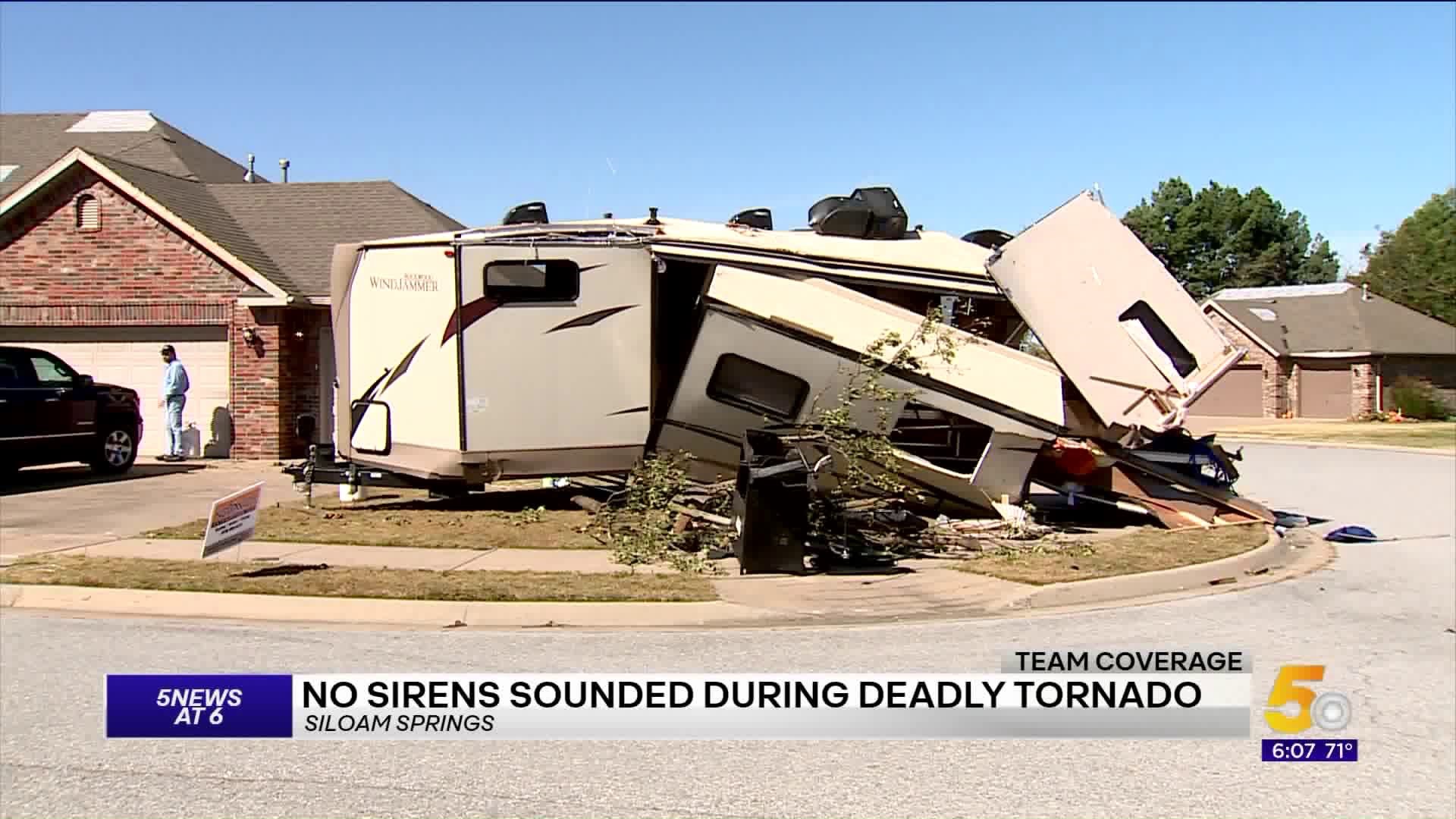 SILOAM SPRINGS, Ark. (KFSM) — The city administrator for Siloam Springs issued an apology Wednesday morning for not sounding the sirens during Monday's tornadoes, saying officials had "failed" the residents.

The statement from Phillip Patterson came in a Facebook post on Wednesday (Oct. 23), two days after two tornadoes confirmed by the National Weather Service tore through the city. In a previous post, city officials said staff monitored the weather "but did not issue any type of official warning via Code Red or sirens."

"It is now clear that we (city staff) failed the residents of Siloam Springs by not sounding the sirens earlier," Patterson said. "We did not have the right people in the right place at the right time to make the correct decision.

"It is my promise to the residents of Siloam Springs that this will not happen again," Patterson said.

City officials are revising their policies and procedures and working to train staff properly, he said. They will also repair two sirens that are not functioning.

The city responded to criticism that sirens had not sounded during the tornadoes that hit shortly after midnight on Monday, nor did they send out mobile alerts via their Code Red system.

City officials explained previously that staff members in the city's weather operations center was monitoring the weather via AllisonHouse, a weather software system. The staff members "didn't see the visual signs of tornadic activity," despite a tornado warning being issued by the National Weather Service for the area at 12:02 a.m.

"Once we received ground confirmation of damage, the sirens were activated," the statement issued late Tuesday night (Oct. 22) said. "In light of this we will reassess our posture on how best to respond to tornado warnings and pass that information along to our residents."

The statement suggested residents register for mobile alerts via the Code Red system. However, Patterson said Wednesday that alerts were not sent via that system at the time, either.

According to Patterson, one tornado hit about four miles southwest of the city at 12:05 a.m., and the second at 12:08 a.m. two miles southeast of the city. Both came minutes after the initial tornado warning was issued by the National Weather Service.

Patterson also addressed complaints that Facebook comments had been deleted, saying that no comments "have been deleted by city staff with respect to our storm operations." He did say that the city had a right via Facebook policy to delete comments that were blatantly offensive, prejudicial, promotional, off-topic or promoted illegal activities. But, he said, comments criticizing the city and its staff for the events Monday had not been deleted.

Patterson encouraged anyone who felt their comment had been deleted to contact him and "speak personally with me at city hall."