BENTONVILLE, Ark. (KFSM) — At the height of all the chaos surrounding the huge industrial plant fire in Bentonville Wednesday (Dec. 4) many people received a sh... 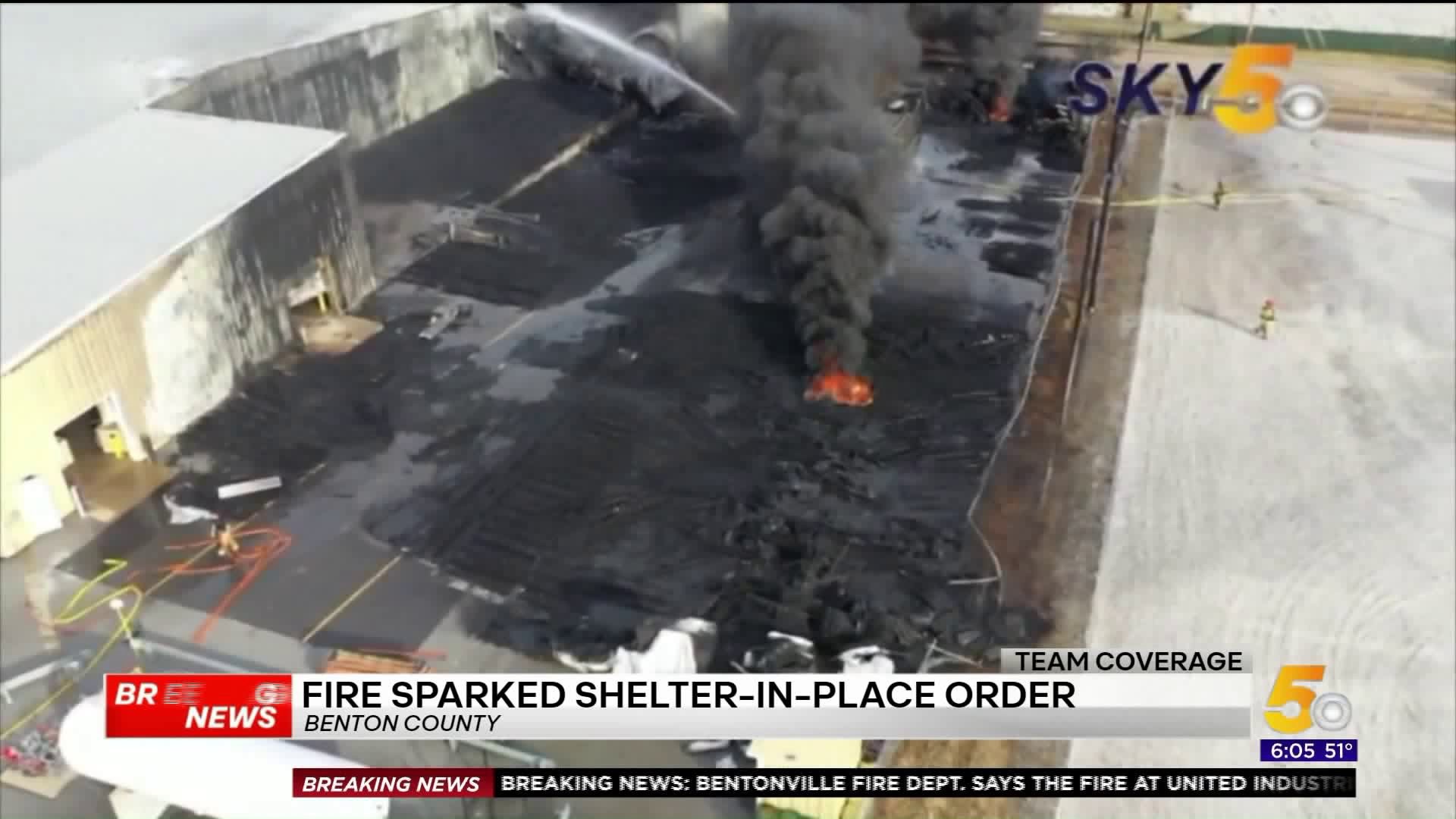 BENTONVILLE, Ark. (KFSM) — At the height of all the chaos surrounding the huge industrial plant fire in Bentonville Wednesday (Dec. 4) many people received a shelter-in-place warning on their phones.

While the Bentonville Fire Department did not issue that message, we’ve learned that Rogers Fire Chief Tom Jenkins did.

Jenkins says he sent the message with the Mayor of Rogers' approval.

While the Rogers Fire Department was on hand to assist the BFD Jenkins says they realized potentially toxic smoke was headed to the south and southeast part of Rogers.

For the safety of the children, elderly and those with respiratory issues, a message was sent warning residents of Rogers about the irritable smoke.

“We don’t have the power to issue warnings," Jenkins said. All that is is a message that goes out. The messages we crafted that I got on my phone had to do with irritating smoke and that people should basically stay out of the smoke plume which I would surmise is good common sense.”

Jenkins said they issued the warning for the citizens of Rogers but cell phone towers grab phones that are logged in from other jurisdictions.

The Arkansas Department of Environmental Quality has been sent to test the air quality and will release its findings as soon as possible.

The Rogers Fire Chief is encouraging people to stay out of that plume of smoke.