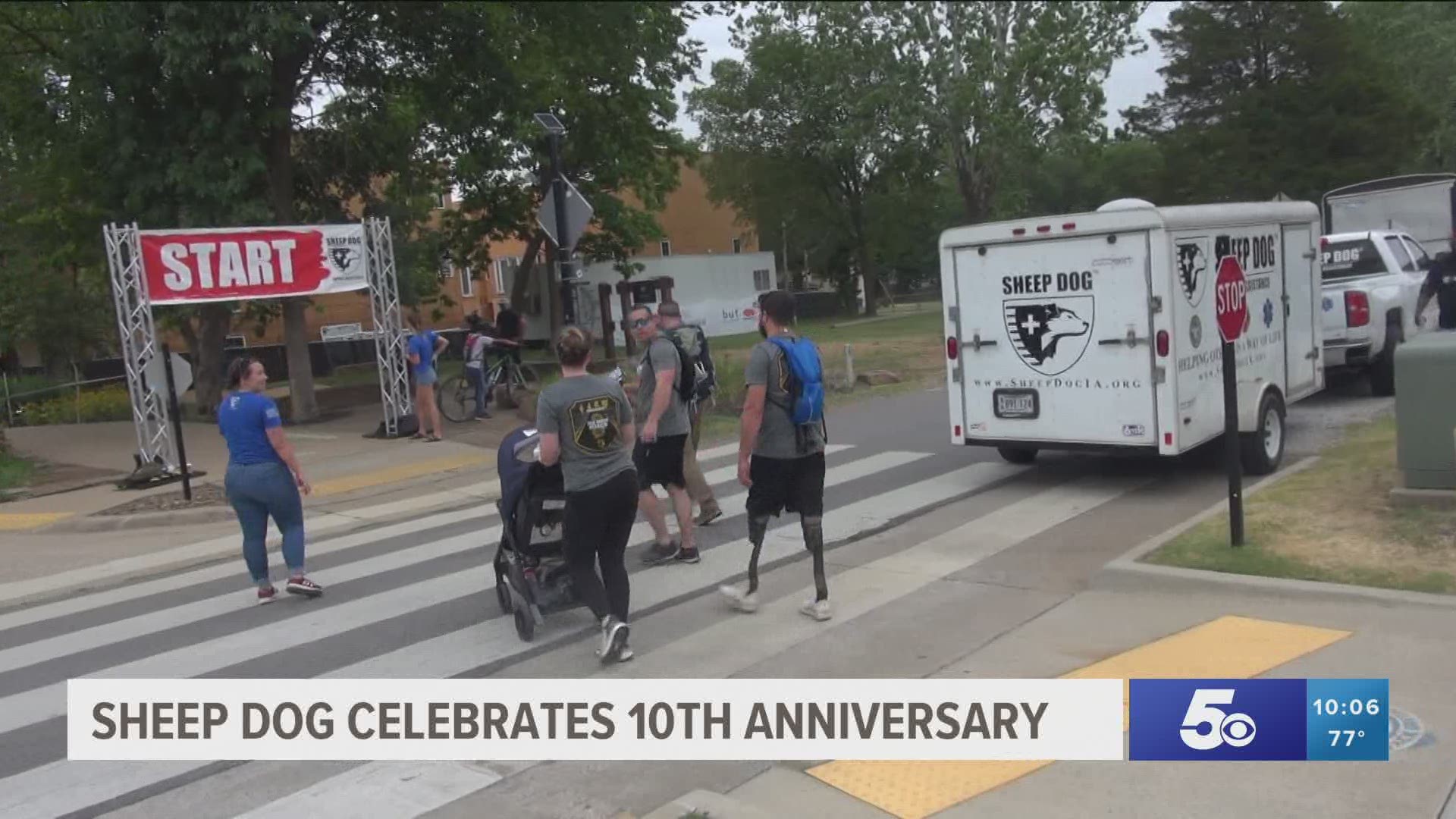 The program began in Rogers, but now dozens of chapters can be found all over the country.

Many members of the community joined the race by walking, biking, or running the six miles through the Compton Gardens and Crystal Bridges trail.

"There was a huge hill that was killing us, but its nothing new," says veteran Ulysses Morales, who also said the 10k was easy compared to basic training.

All of the money raised is being put back into impact assistance, Sheep Dogs mission is to help veterans and first responders get out of the house and into the outdoors.

"Those who have been injured in the line of duty tend to get on the couch and stay on the couch a lot of the times, and with COVID going around its even worse," says Jayme Lingo with Sheep Dog.