Sen. Cotton suggests 1 year minimum in prison for those who 'injure or destroy' monuments

Sen. Cotton said in a statement that he will introduce an act that would require a 1 year minimum sentence for those who "injure or destroy" monuments. 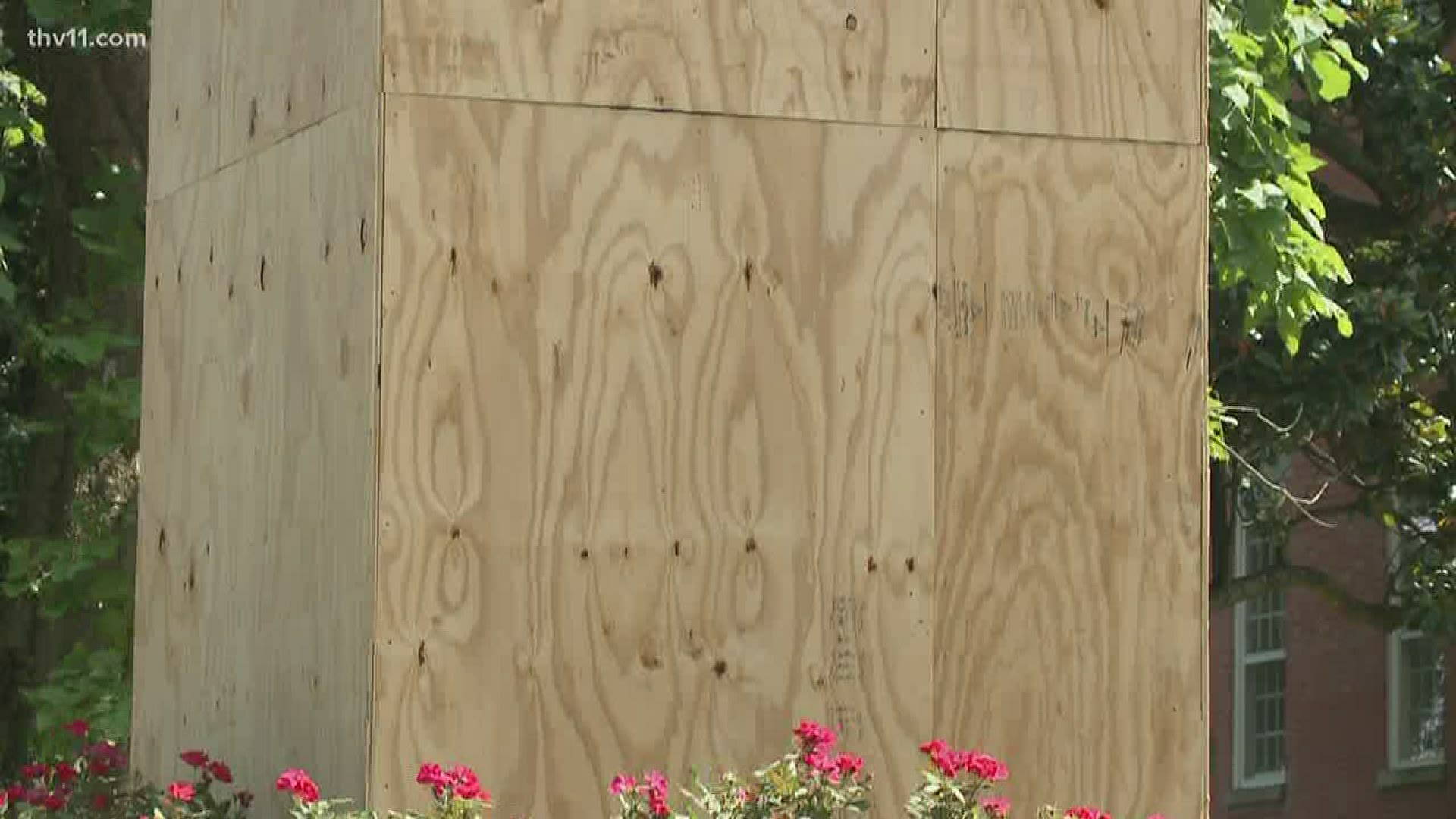 Senator Tom Cotton said in a statement Thursday that he will introduce an act that would require a 1-year minimum sentence for those who "injure or destroy monuments dedicated to our most gallant American heroes."

The original act states that someone who willfully destroys or attempts to destroy "any structure, plaque, statue, or other monument on public property commemorating the service of any person or persons in the armed forces of the United States" will be fined, imprisoned for not more than 10 years, or both.

“Vandals are defacing and tearing down of statues of our esteemed forefathers such as George Washington and Ulysses S. Grant with reckless abandon. At a minimum they should face one year in prison for this crime,” said Cotton.

Earlier this week, President Donald Trump promised executive action to protect monuments after statues of Confederate soldiers were taken down from those who say the confederacy is a symbol of racism in America from parks and other places of public prominence.

Trump said he wants the maximum punishment available under federal law for those who destroy or tamper with statues on public property that commemorate anyone who served in the U.S. military.

“We should learn from the history,” Trump told Fox News in a taped interview broadcast Tuesday. “And if you don’t understand your history, you will go back to it again."

RELATED: Yes, there's a nod to the Confederacy on the Arkansas state flag