SCRANTON, Ark. (KFSM) — Scranton students were allowed to skip class Monday (Jan. 13) to help clean up the damage from the EF2 tornado that ripped through the a... 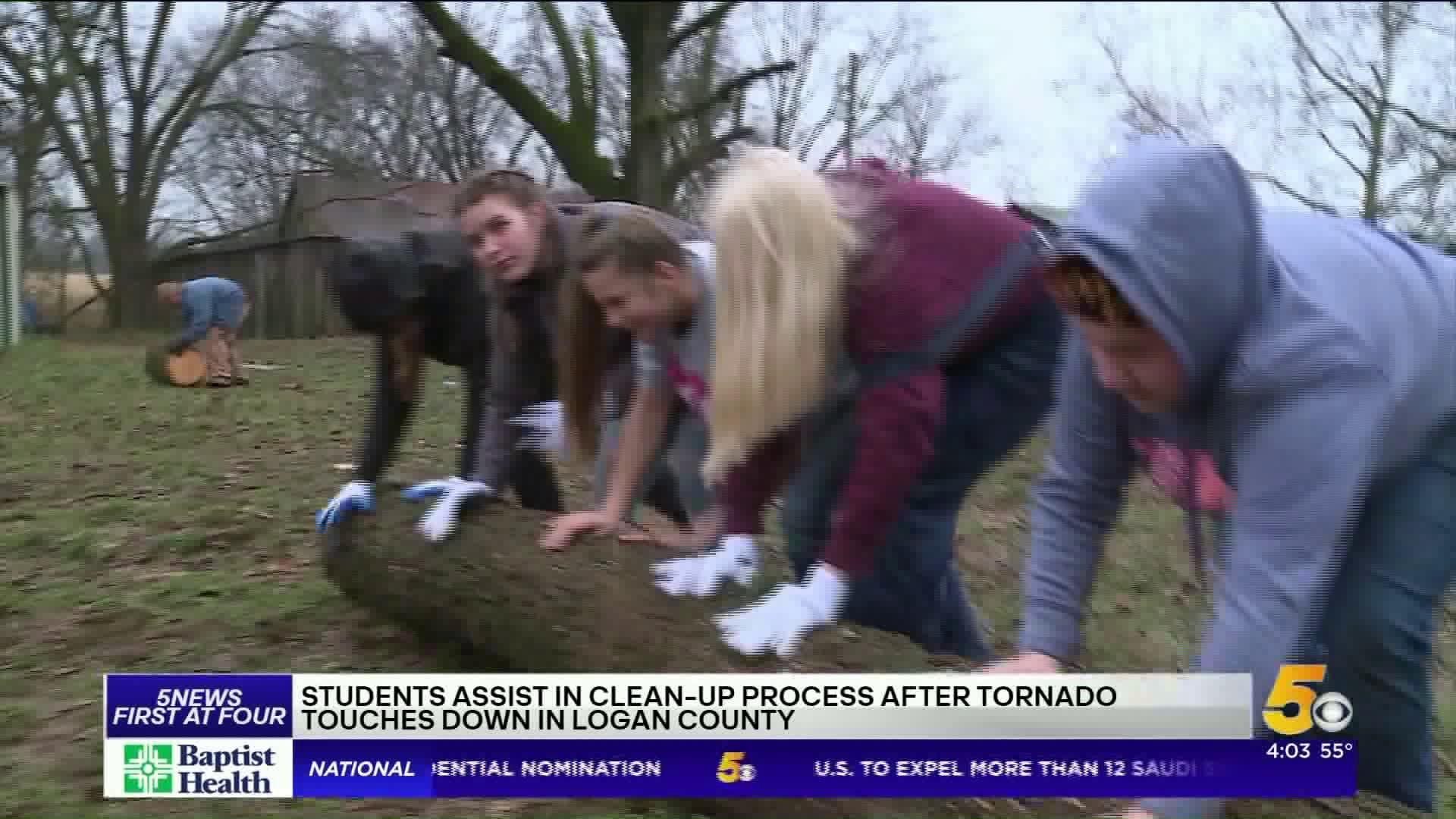 SCRANTON, Ark. (KFSM) — Scranton students were allowed to skip class Monday (Jan. 13) to help clean up the damage from the EF2 tornado that ripped through the area.

“I was in shock, I couldn’t believe how much a tornado could do to their chicken houses and everything they've worked for and stuff and now they have to rebuild everything it’s just horrible,” said student Ethan West.

West, a Scranton High School senior, lives just down the road from where that EF2 twister swept through. He says this farm is close to his heart as well as many other students.

“A lot of these kids have had field trips out here when they’re in like the third or fourth grade so they want to come and take care of this place because it’s special to them,” said Scranton Superintendent Toby Cook.

The Grenwelge farm has been a Scranton staple for over 50 years. Teresa Grenwelge says they've never seen a storm like this.

“I don’t believe we’ve ever had tornado damage in the history of living here,” Grenwelge said.

Grenwelge says it's been a hard few days but the community has shown their support.

Cook says he's proud his students were eager to help when they heard of the damage.

“We had such a great student response over the weekend contacting the administration they wanted to do something to help the community support our school so much and we wanted to able to support the community,” Cook said.

180 students split up into three groups doing jobs such as rebuilding fences and picking up debris from the storm.

West says he would much rather help a neighbor than sit in a classroom.

“It’s just a wonderful thing to come out here and help out these people," West said. "After a tornado and everything, we’re a community and we like to help our friends and family.”

Scranton students will also be cleaning up storm debris Tuesday (Jan. 14) morning at another house down the road.