WINSLOW, ARK. (KFSM) —  West Fork students riding the bus to school had to be unloaded after their bus came into contact with a low-hanging communication ... 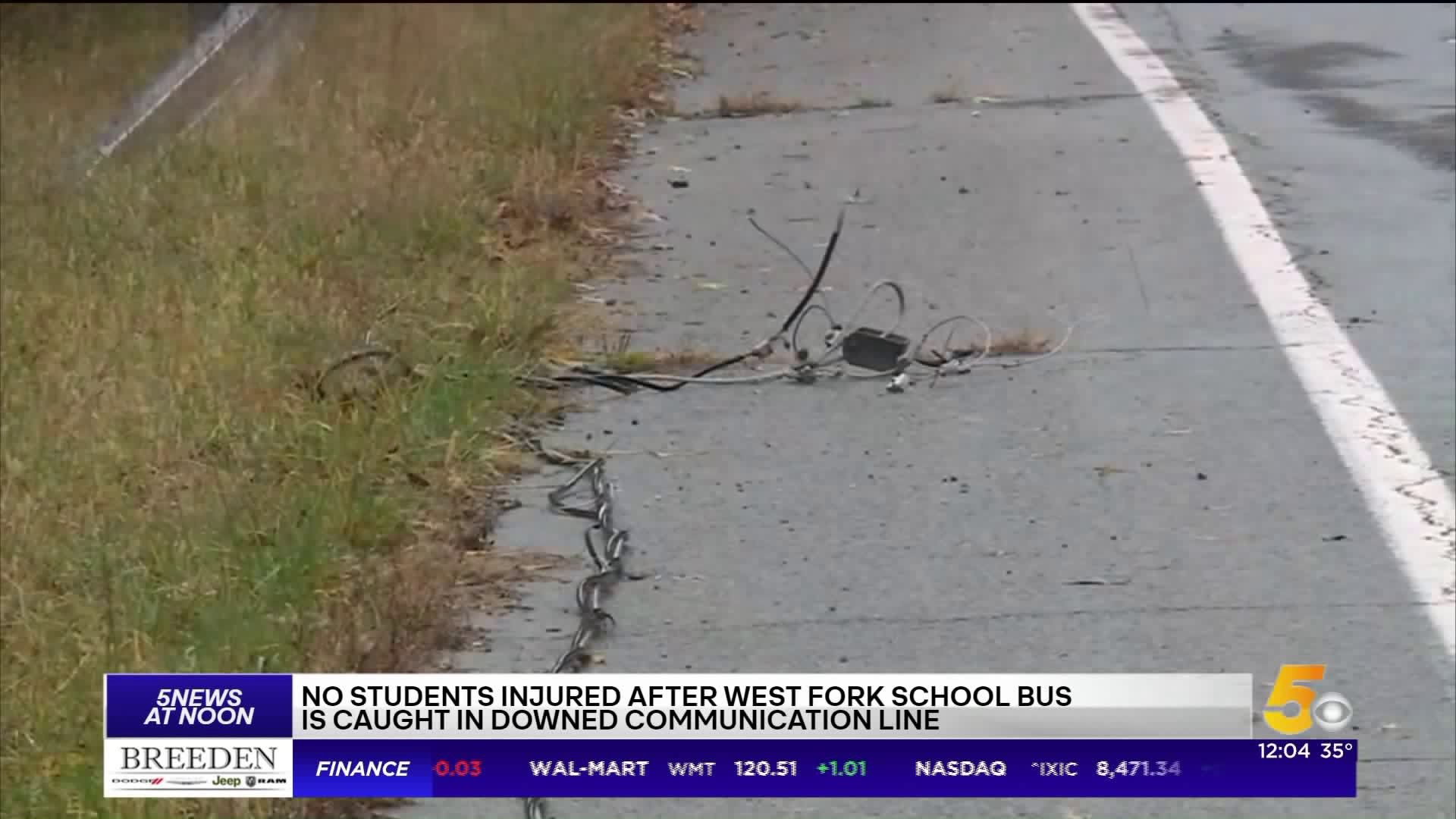 WINSLOW, ARK. (KFSM) --  West Fork students riding the bus to school had to be unloaded after their bus came into contact with a low-hanging communication line on Highway 71 not far from Main Street in Winslow.

The incident occurred around 7 a.m.

Arkansas State Police Public Information Officer Bill Sadler said the students and driver were able to safely get off the bus. They were removed from the bus, loaded onto a new one and taken to school.

West Fork Superintendent John Karnes says a tree had pulled the communication line down, making it hang lower than usual.

The driver was driving on Highway 71 when the lines got caught on the bus escape hatches on top of the bus.

The driver stopped immediately and called for help.

The Boston Mountain Fire Department was able to get the students and driver off the bus safely.

Karnes wanted to give credit to the bus driver for how they handled the situation and made sure every student was safe.

Crews are working to repair the damaged line.

A communication line is different than a standard power line, and it's considerably less dangerous.