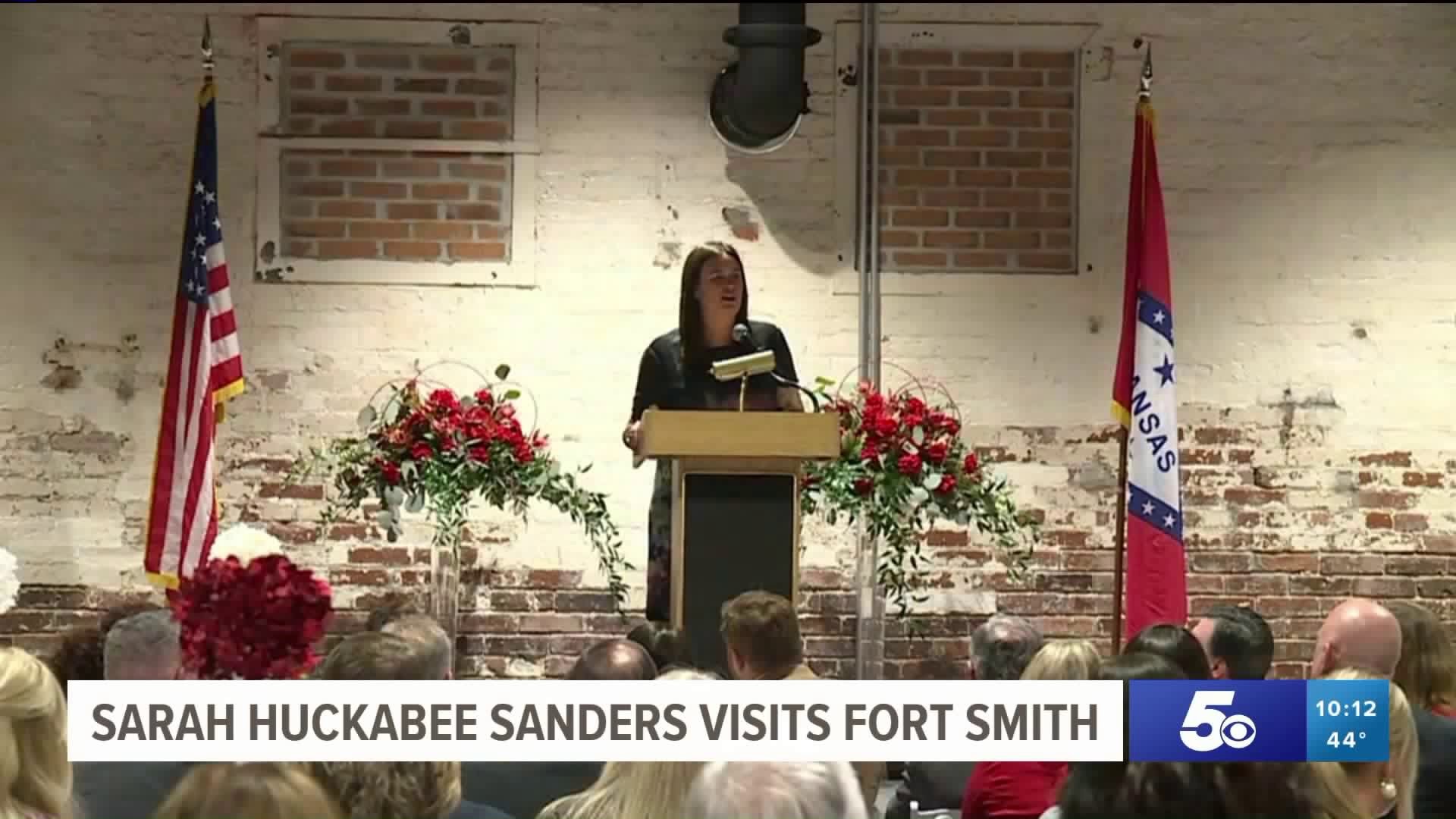 Those hosting the event said it is the biggest dinner they have ever had. With 400 tickets sold, it was an event to promote Arkansas Republicans, but many showed up to hear popular Arkansan, Sarah Huckabee Sanders.

“It is special because her dad was governor and the fact that she’s coming back to our region to actually speak to us is wonderful,” said dinner guest Shannon Ladd.

Sanders served as President Donald Trump's press secretary from 2017-2019, the first to do it as a mother.
“It shows then that they can do anything and hold any position available. And you don’t have to limit yourself anymore," said Ladd.
Since her time away from Washington, Sanders has been making trips to speak throughout the state. Tonight's Annual Reagan Dinner was host to many big names in Arkansas politics. Congressman Steve Womack and Lieutenant Governor Tim Griffin gave speeches leading up to the keynote, Sanders.
With Sarah Huckabee speaking tonight, many feel that she can help spark an urgency among women in Arkansas hoping to run for office.
“I know we’ve had strong women in the past but I think now is the time for more women to see role models and get involved in things,” said Barbara Web, candidate for Arkansas State Supreme Court.