FORT SMITH, Ark. (KFSM) — The Christmas season is right around the corner which means it’s that time of year when you can hear bells ringing In front of local b... 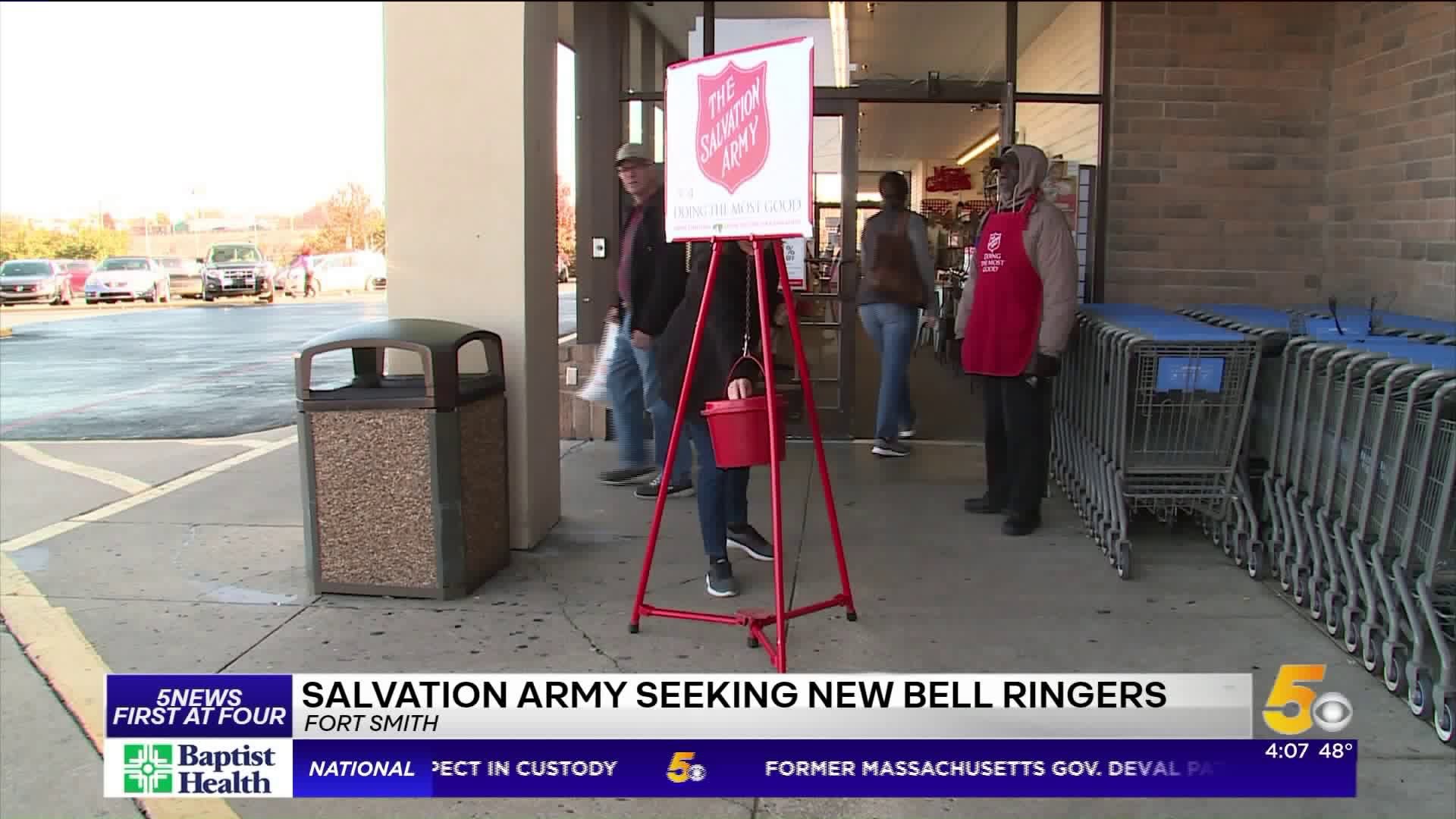 FORT SMITH, Ark. (KFSM) — The Christmas season is right around the corner which means it’s that time of year when you can hear bells ringing In front of local businesses.

But this year, that sound may be heard less and less because the Salvation Army is lacking volunteers.

“I started bell ringing because I want to help people.”

Robert Hall has been bell ringing for nine years.

Hall proudly rings his bell in front of the Fort Smith Hobby Lobby during the Christmas season and many know him as Mr. Hobby Lobby.

Hall says snow or shine you can find him ringing his bell for 9 -10 hours a day.

Most volunteers take two to four-hour shifts collecting money by the kettle.

Adams says volunteers are what keeps the organization going.

“It allows us to raise funds and it also brings community awareness,” Adams said.

Adams says right now the Salvation Army is set up at 10 locations but after Black Friday they’ll be set up at 27.

“The more volunteers we can get the better,” Adams said.

Adams says they’re thankful for their loyal bell ringers and are hoping to recruit more this season.

“When most people think of a superhero they think of Superman or Batman but think about that...you’re wearing a Salvation Army apron at a kettle stand and that difference you’re making in someone’s life could be ultimately saving their life,” Adams said.

If you are interested in volunteering you can call your local Salvation Army.