ROGERS, Ark. (KFSM) — A new road is coming to Northwest Arkansas and some claim the new highway will be psychologically pleasing to drivers. The stretch of road... 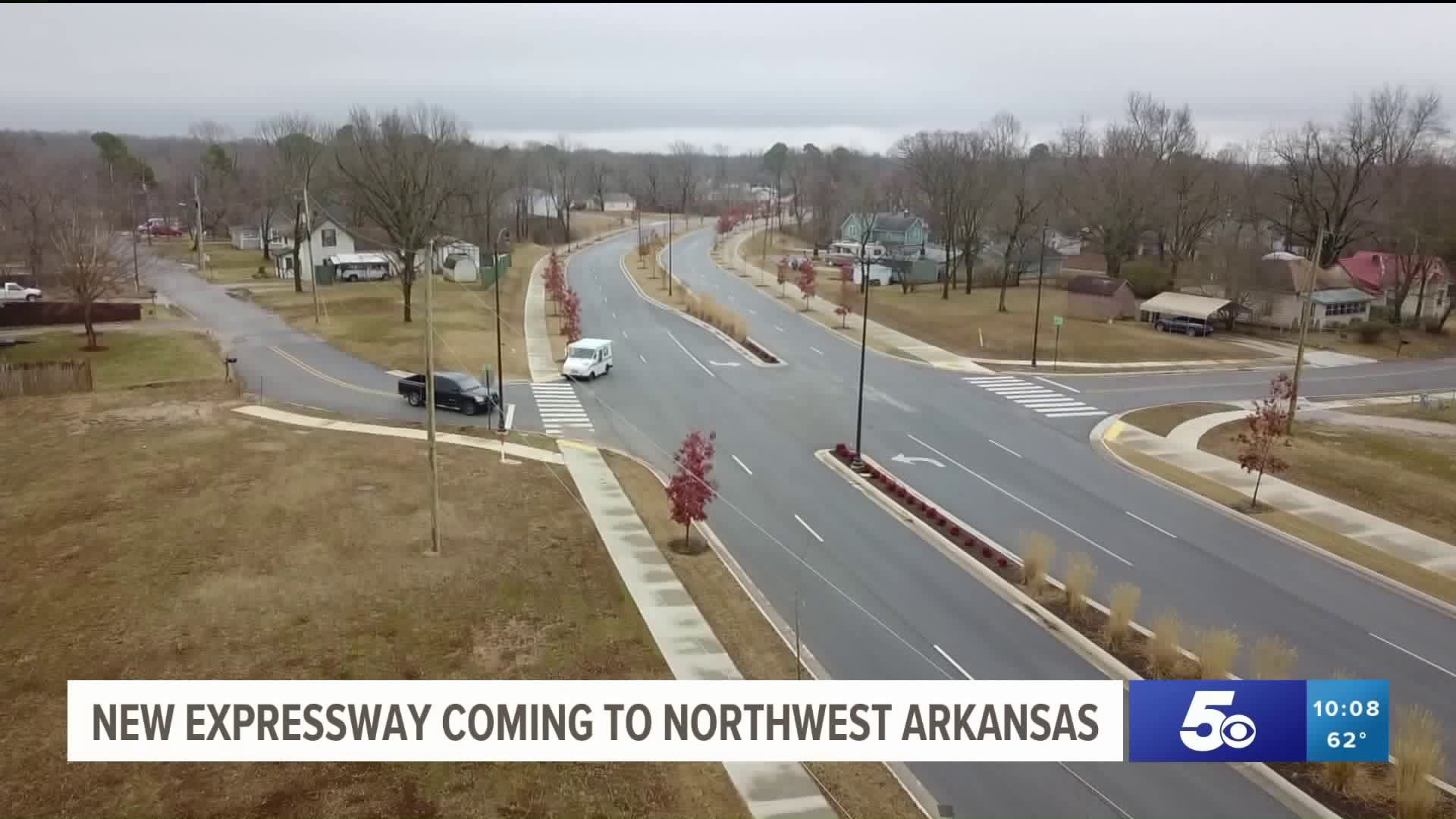 ROGERS, Ark. (KFSM) — A new road is coming to Northwest Arkansas and some claim the new highway will be psychologically pleasing to drivers.

The stretch of road will take people to the new location of the Walmart Home Office in Downtown Rogers with minimal stoplights by using roundabouts.

Street trees, lighting and sidewalks are just a few ways the city hopes this drive will be more appeasing to drivers and a much quicker trip.

McCuurdy says Downtown rogers is the heart of the city and believes the expressway will attract more people and also help alleviate heavy traffic.

"Here's Downtown Rogers and here's where the new Walmart Headquarters will go along I-49," McCuurdy said. "Basically this purple route, a lot of this is new road, some of it is existing but it gets you across Hudson to Highway 62 into Bentonville along Water Tower and then into the new interchange."

In May, Walmart unveiled its plans for a new Headquarter location in Arkansas.

The complex of buildings, set across 350 acres of native-seeded greenery in Bentonville will create a new hub for 10,000 people on Walmart's central office team.

Robby Tillman works at the current Walmart Home Office and says this new road will be extremely beneficial to the town.

"On a lunch break you don't really have enough time to get there and enjoy some of the places or it's late in the evening and you don't want to battle everybody getting home," Tillman said. "So a route that will get there will definitely improve people enjoying that area."

Not only will the expressway cause fewer headaches, Tillman says it will also show off the beauty Northwest Arkansas has to offer.

"The scenic beauty that the new campus in Bentonville is going through I think for Rogers to get on board with some of those changes as well is really going to highlight an accentuate some of the great things Rogers has to offer," Tillman said.

Rogers voters approved a bond that is paying for the construction project as well as several others.

The new road is expected to be complete in about three years.