Rogers Students Salute Those That Have Served For Veterans Days

ROGERS, Ark. (KFSM) — Today we honor the men and women who have sacrificed so much for our freedom. Rogers Public Schools students held special assemblies today... 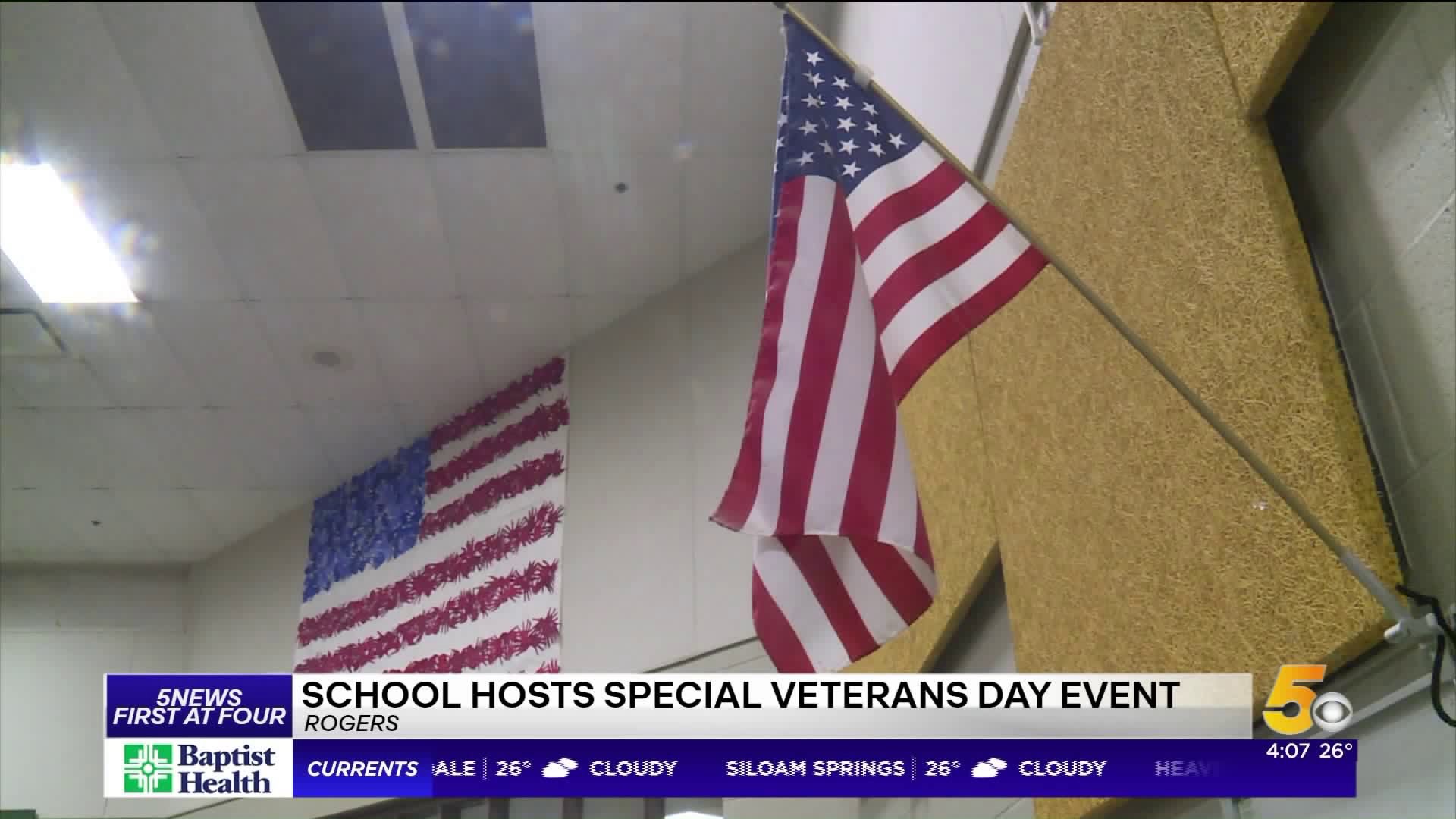 ROGERS, Ark. (KFSM) — Today we honor the men and women who have sacrificed so much for our freedom. Rogers Public Schools students held special assemblies today to say thank you.

Students at Bellview Elementary School took the stage to honor veterans, and for one student, the performance was extra special.

Third-grader Kennedy hunt’s uncle, Michael Burks, served 25 years in the Marine Corps. He spoke at the assembly and wanted the students to understand that there are veterans all around them.

“You don’t wear this uniform forever. I put mine away five years ago, but veterans are throughout the community, they are fathers and mothers, sisters and brothers,” he said.

In his speech, he made sure the students understood how much has been sacrificed so they can have the lives they have.

“We’re able to have these events in the first place because of the freedoms we possess as a country,” he said.

Kennedy says she’s thankful for Burks and proud to call him her uncle.

“Thank you for all that you did, like the sacrifice was so hard for you, and I appreciate all that they did now,” she said.

The students sang songs, passed out gifts to veterans, and read letters thanking them for their service.