BENTONVILLE, Ark. (KFSM) — A Rogers man is facing jail time after he admitted to shooting a neighbor who was wearing a bulletproof vest during a night of drinki... 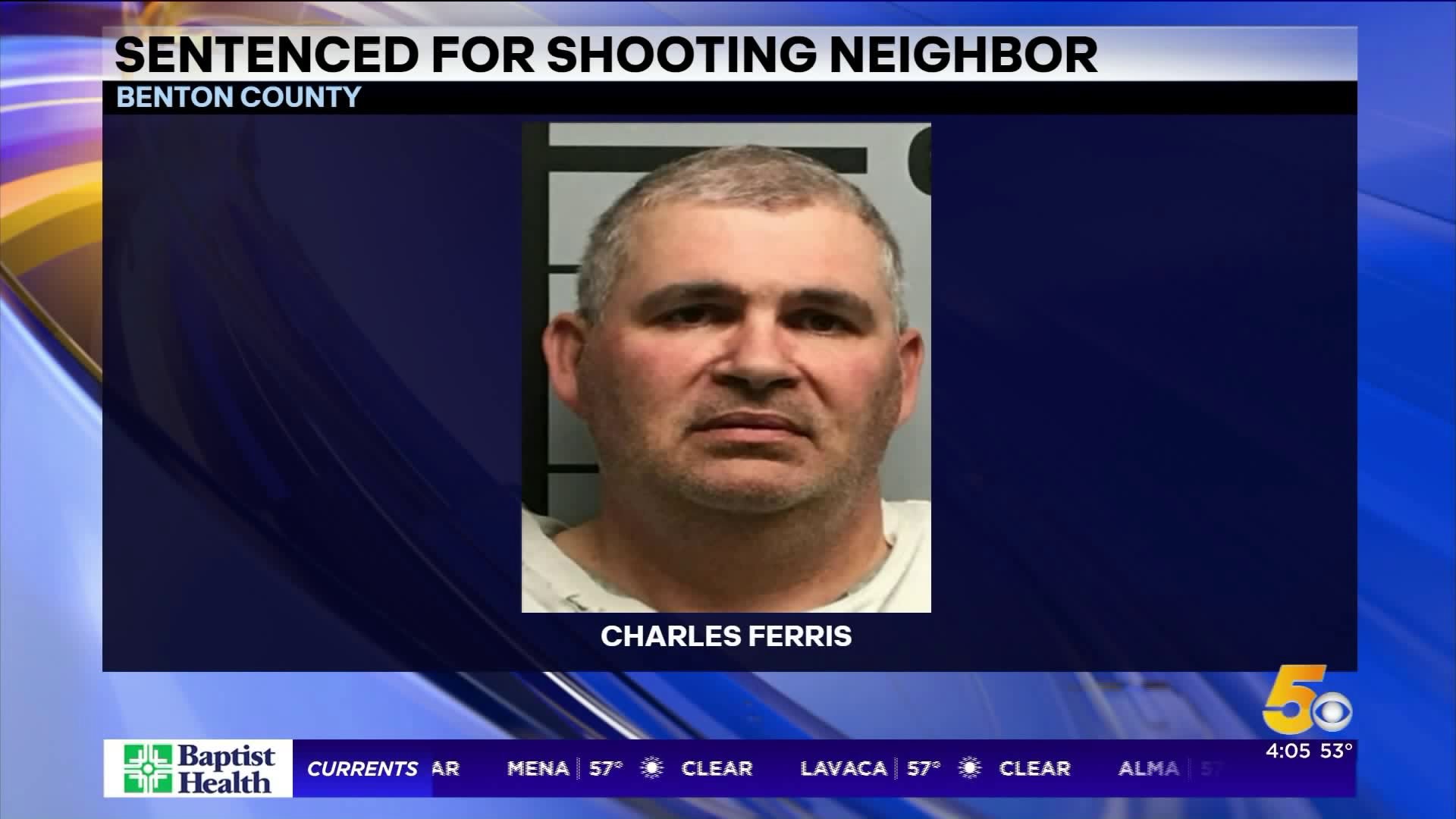 BENTONVILLE, Ark. (KFSM) — A Rogers man is facing jail time after he admitted to shooting a neighbor who was wearing a bulletproof vest during a night of drinking.

Charles Ferris, 51, pleaded guilty to aggravated assault and possession of a firearm by a certain person.

He has been sentenced to 27 days in the Benton County Jail and five years of probation.

In May of 2019, Ferris and Christopher Hicks, 36, were both charged in Benton County Circuit Court with aggravated assault.

A Benton County sheriff’s deputy took the initial report from Ferris at the hospital, where Ferris invented a lively story to cover for Hicks.

Ferris said he was hired to protect an “asset,” who paid him $200 to follow him into the woods at Hobbs State Park, according to a probable cause affidavit.

Ferris said the pair went out into the woods and met another man around 10 p.m. The man approached Ferris’ “asset” when a gunfight broke out. Ferris said he was struck six times, but also managed to return fire before driving off with the “asset,” according to the affidavit.

Ferris said the “asset” dropped him off at his vehicle before he dumped his weapons and drove himself to Mercy Hospital.

However, Ferris’ wife arrived at the hospital a short time later, telling investigators that her husband and Hicks shot each other while drinking on the back porch of their home on Deer Run Lane.

Ferris later recanted his initial story to deputies, saying he made it up to keep Hicks from getting in trouble, according to the affidavit.

Ferris said he had been wearing the vest when he asked Hicks to shoot him with a .22-caliber semi-automatic rifle. The vest stopped the bullet, but still hurt and left a mark on his chest.

Ferris, now “pissed” because he was hurting from the shot, “unloaded the clip into Christopher’s back,” according to the affidavit.

Hicks’ only suffered bruising from the gunshots.

Ferris initially told his wife, “he was fine” after the shooting, but complained about the pain, so she told him to go to the hospital, according to the affidavit.

The pair were released on a $5,000 bond. A judge issued a no-contact order between the men.

Hicks' next court appearance is scheduled for Feb. 13 in Benton County.