ROGERS, Ark. (KFSM) — A Rogers homeschool teacher is accused of having a sexual relationship with a 17-year-old student for the past nine months. Alisa Andrews,... 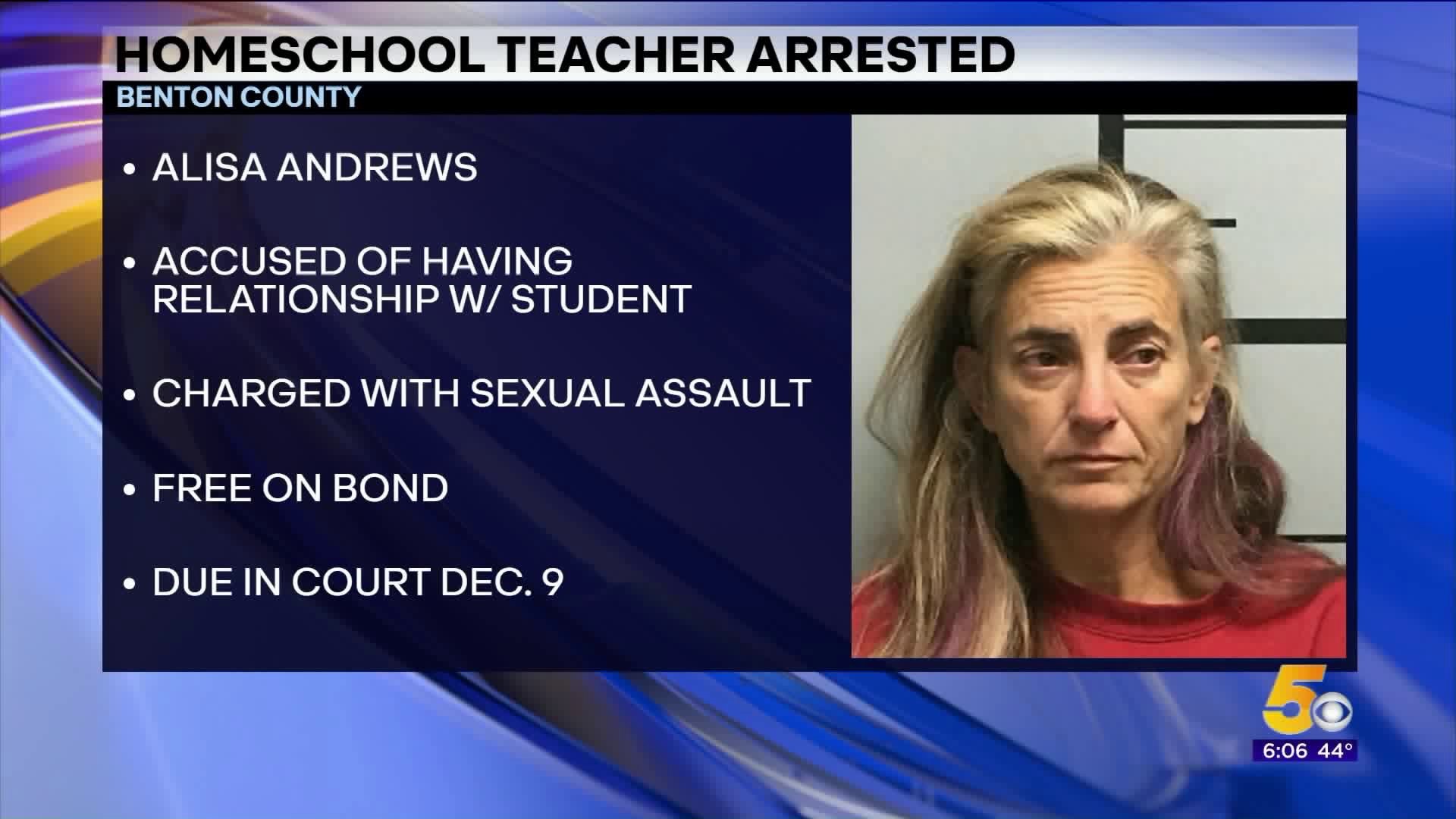 ROGERS, Ark. (KFSM) — A Rogers homeschool teacher is accused of having a sexual relationship with a 17-year-old student for the past nine months.

Alisa Andrews, 50, was arrested Wednesday (Oct. 30) in connection with first-degree sexual assault -- a Class A felony.

The girl's parents said she told them she'd been having a sexual relationship with Andrews, who teaches a biology class at Rogers Christian Church to a small group of teens, according to a probable cause affidavit.

"We're praying for the victim and her family," Davis said.

The association said through a statement that it has "been assured that there is absolutely no evidence to suggest that there was anyone other than one student involved, and there was no misconduct that occurred during our classes."

"(Andrews) has not been a part of the group for quite some time, and when she was with us, to our knowledge, she was never alone with any student," the statement said.

The association added that it has guidelines in place requiring at least two parents in a classroom ⁠— "a protective measure for both students and teachers" -- and takes "the safety of our children very seriously."

According to its website, the association has campuses in Rogers and Fayetteville offering co-op classes and teen fellowship to "all denominations, walks of life, and financial levels."