At the time both, his son and son's mother were inside the home. 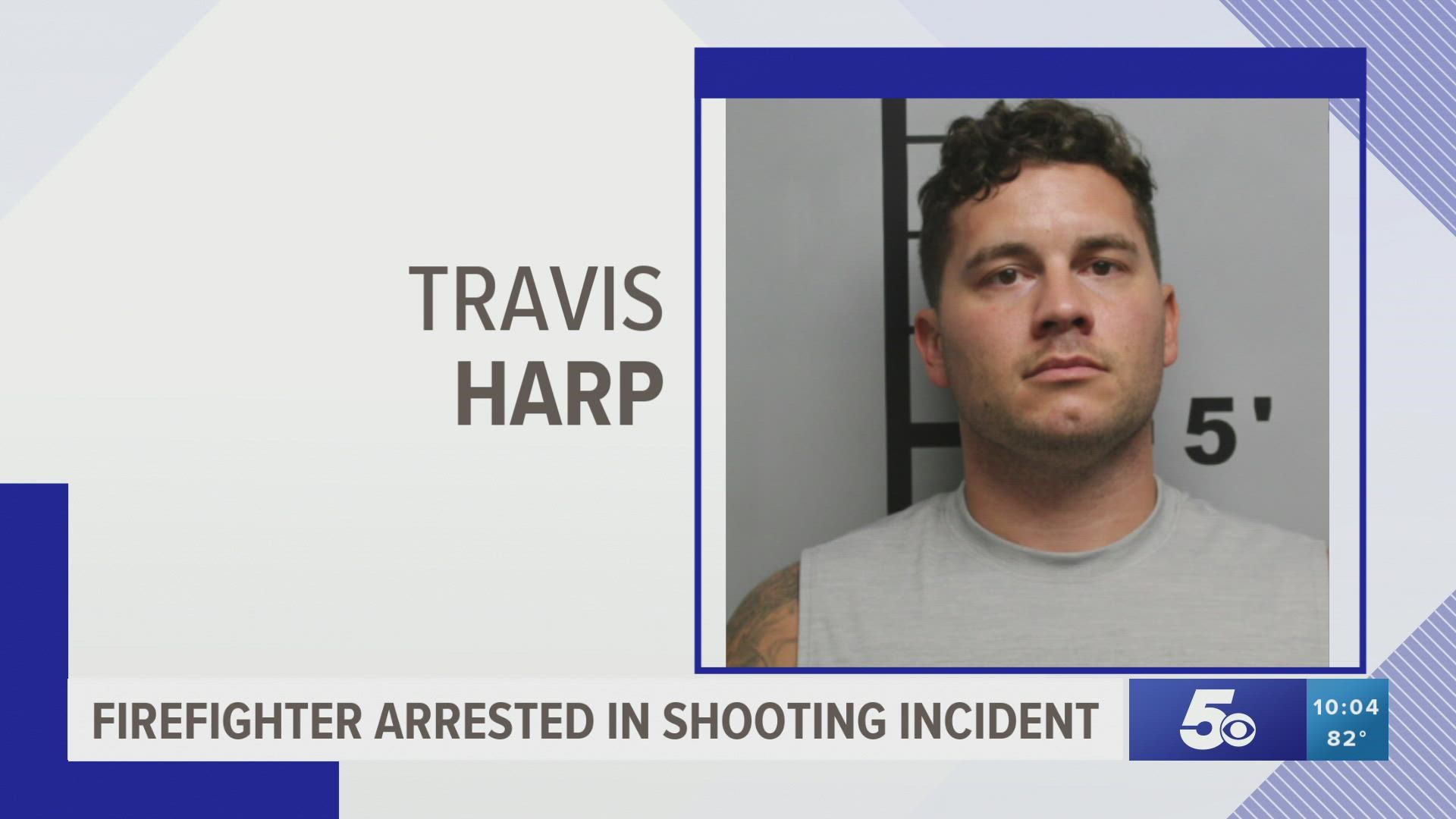 ROGERS, Ark. — A Rogers firefighter who was arrested following an incident that occurred back in November 2020 will not face formal charges.

33-year-old Travis Harp allegedly shot into the home of his girlfriend and son while driving past. In the police report, Harp mentioned wanting to do a “drive-by.” At the time his girlfriend said she didn’t understand that Travis meant shooting into the home while people were inside.

Harp’s then-girlfriend stated that the couple had an argument moments before the incident. The report also mentions that Harp is treated at the VA Hospital for PTSD.

According to the police report, Travis was intoxicated at the time of the event.

The case was closed but was reactivated on July 26, just days before Harp was arrested and taken into Benton County Jail.

On Wednesday, Oct. 6, the state announced it will not be pursuing charges against Harp. He will no longer have to appear before court.