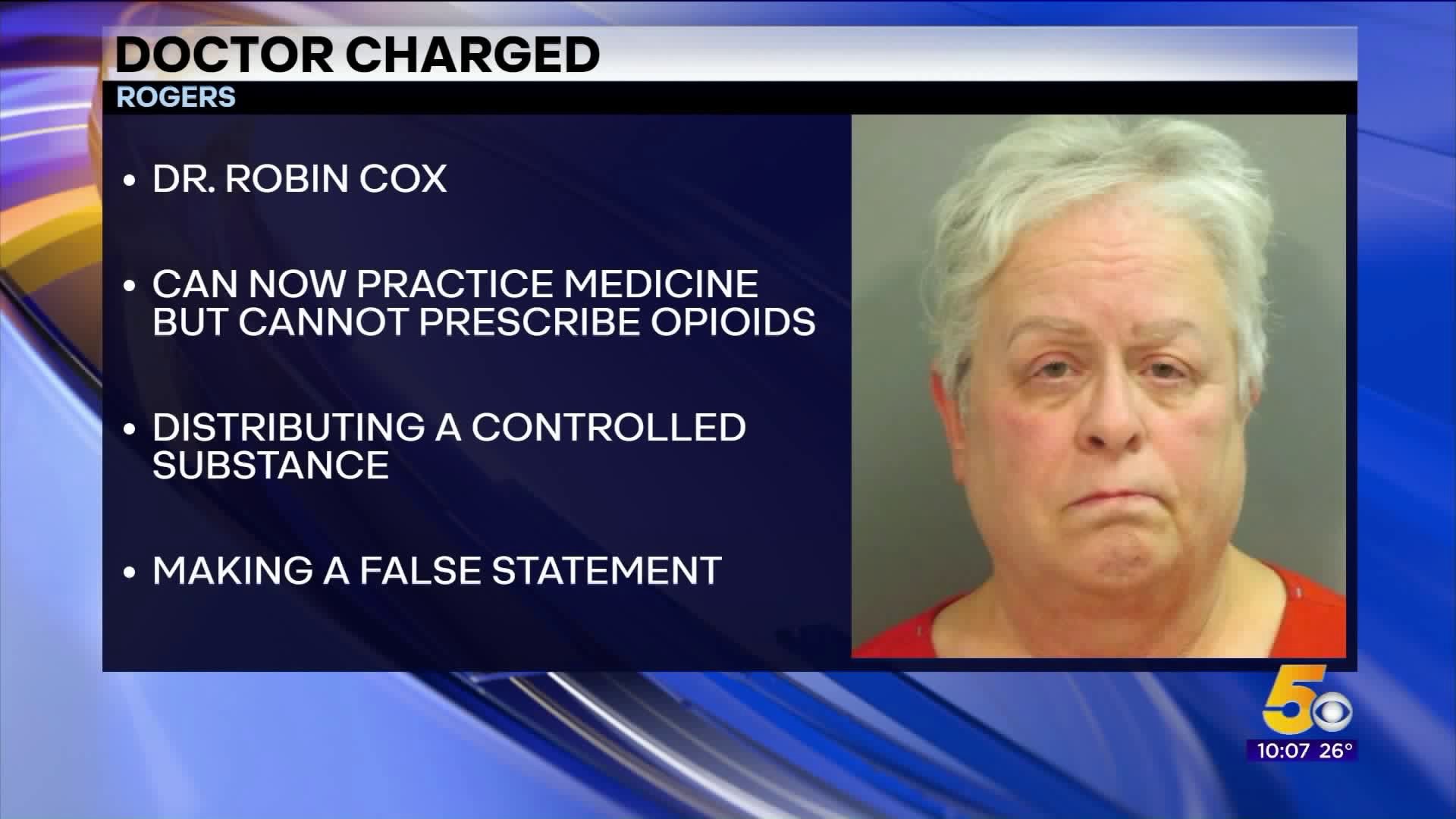 The decision came from the Arkansas State Medical Board on Friday, December 6.

After a 6-5 vote, the board lifted an emergency order issued in October suspending Robin Cox's medical license.

She can return to practice but is prohibited from prescribing opioids or other controlled substances until further notice.

Dr. Cox worked as a physician at the Arkansas Medical Clinic in Rogers.

Dr. Cox was indicted on one count of prescribing without a legitimate medical purpose outside the scope of professional practice and one count of willfully and knowingly making a material false statement to federal investigators.