The show was threatened by rain early on in the evening, but by 9:30 p.m, fireworks were on display for everyone to see. 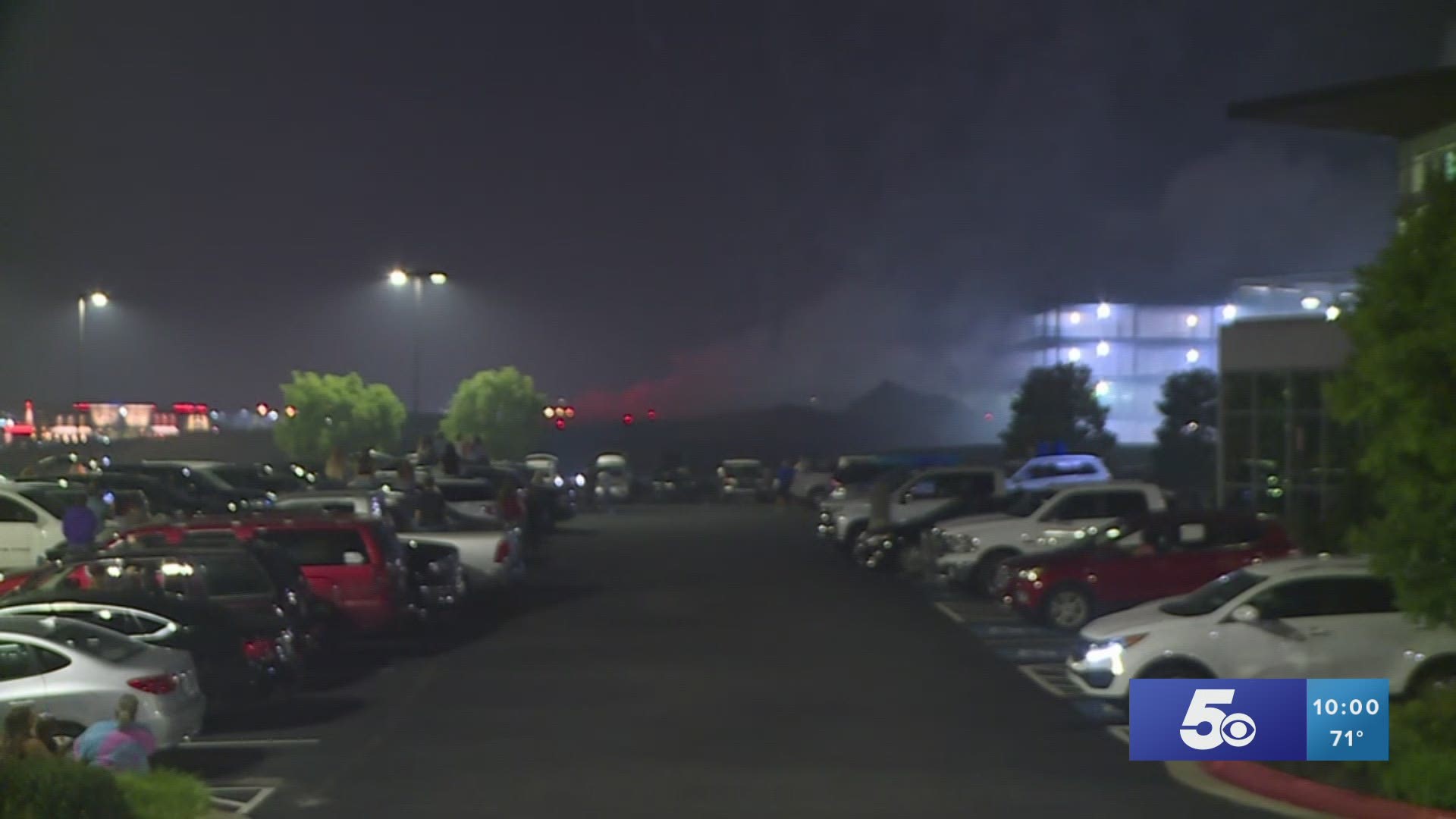 The show was threatened by rain early on in the evening, but by 9:30 p.m, fireworks were on display for everyone to see.

Hundreds of families gathered in the parking lots surrounding the AMP Theater in Rogers. All social distanced by being in their vehicles or on the grass.

"This is like the drive-in church service, it's awesome," said Joel Schmidt. It was Schmidt's first time at the Rogers show. Last year, he watched fireworks in Bentonville.

Little kids were seen all over the place.

"I like the fireworks that when they explode, it goes all the way to the sky," said Spencer, a 6-year-old with his family and friends.

The fireworks were set off near Hunt Tower, just behind the AMP.

People showed up several hours before to get the best seats.

With COVID-19, families say they're happy to get out of the house.

"We make the best out of it. We swim in the backyard and we have fun together," said Isabelle Vang, a recent high school graduate attending with her younger brother and sister, and her parents.