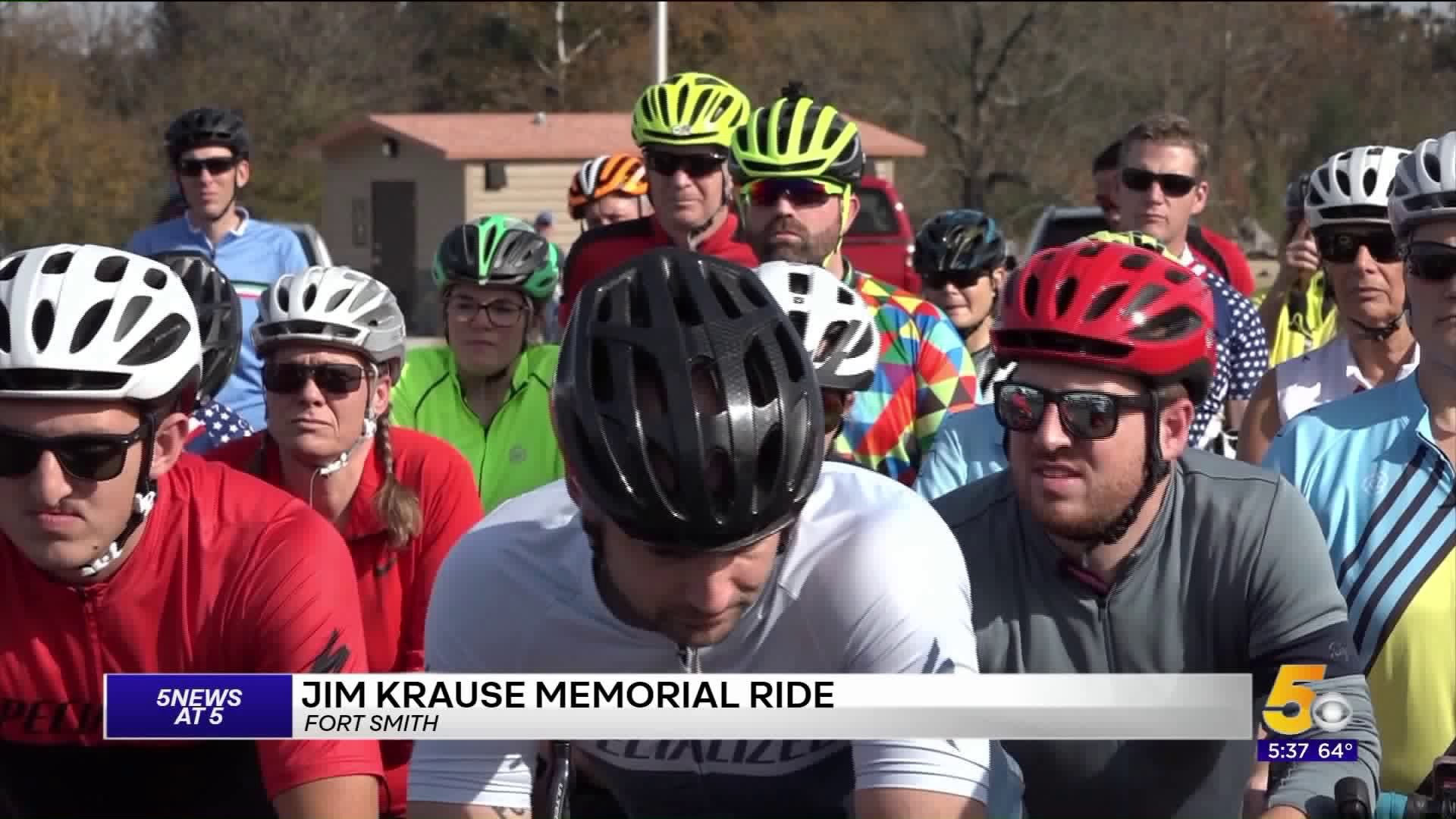 Krause died tragically while competing in a Little Rock cycling event in September.

The Jim Krause Memorial Ride included 150 cyclists riding together for a twelve mile tour. Krause was not just known for being the club's president and a great cyclist, his kind and caring personality touched everyone he knew.

"Jim Krause was a guy who you know his main thing he loved to do was to love people and serve people," said Nick Kyrouac.

Before the ride, cyclists gathered for a prayer, something Jim loved to do. Everyone removed their helmets and bowed their heads as Kyrouac led the group.

For Krause's step-daughter Liz Fowler, Sunday's ride was about remembering Jim with a playful spirit.

"We'll go the rest of the ride being goofy as always...we laughed and cracked up and that's what we'll do because that's what he would've wanted," said Fowler.

Krause was more than just a cyclist, he was a leader to those around him.

"The reality is we can't replace Jim. We can only try to live up to the man he was," said Kyrouac.