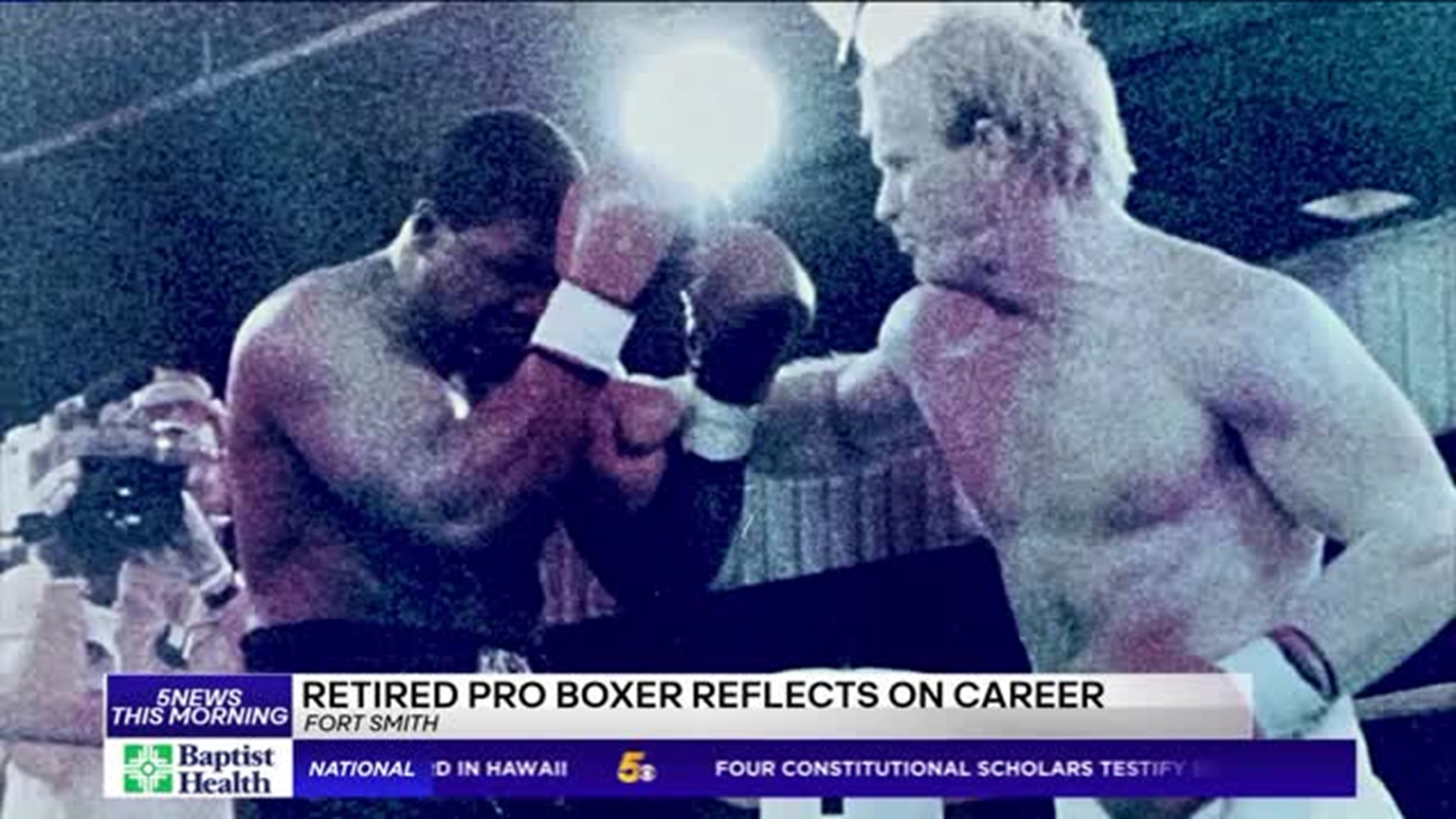 "On the David Letterman Show, he asked George, who's the hardest man to hit, and he said a hillbilly from Arkansas, which had to be me," Crabtree said.

After more than 90 fights, Crabtree hung up his gloves in 2002. Nerve damage causes him to have double vision, but other than that the 60-year-old is healthy.

"Too many punches affected my eyesight," he explained.

He didn't have the best resources training in the River Valley.

"{My} training bag was my training partner," he said.

But Crabtree never left Fort Smith, and his passion for boxing never left him.

When asked how he wants to be remembered in the boxing community, he said this: "He gave it  everything he had and never gave up." He expanded on that thought, saying he probably should've given up many times.

His workout routine consists of work on the heavy bag and speed bag, running, jump-rope and weights.

"I just don't feel right if I'm not working out," Crabtree said. "I`ve been doing this so long that it's a habit. And I've got to, I don't know, I've just got to do it. I don't know what makes me do it, but it just feels better if I do."

Bobby Crabtree; made want me want change my mind about coming back. Touch man. https://t.co/C7ALrbnSxX

It turns out George Foreman still remembers fighting Crabtree in the late 80s. He ultimately lost the iconic fight against Foreman in the sixth round on a technical knockout.

Other memorable fights Crabtree had include matches against Kenny Keane, Trevor Berbick and Andrew Golata.