A body found hogtied and dumped behind a rural farmhouse in McDonald County in 1990 has been identified as a missing Kansas woman. 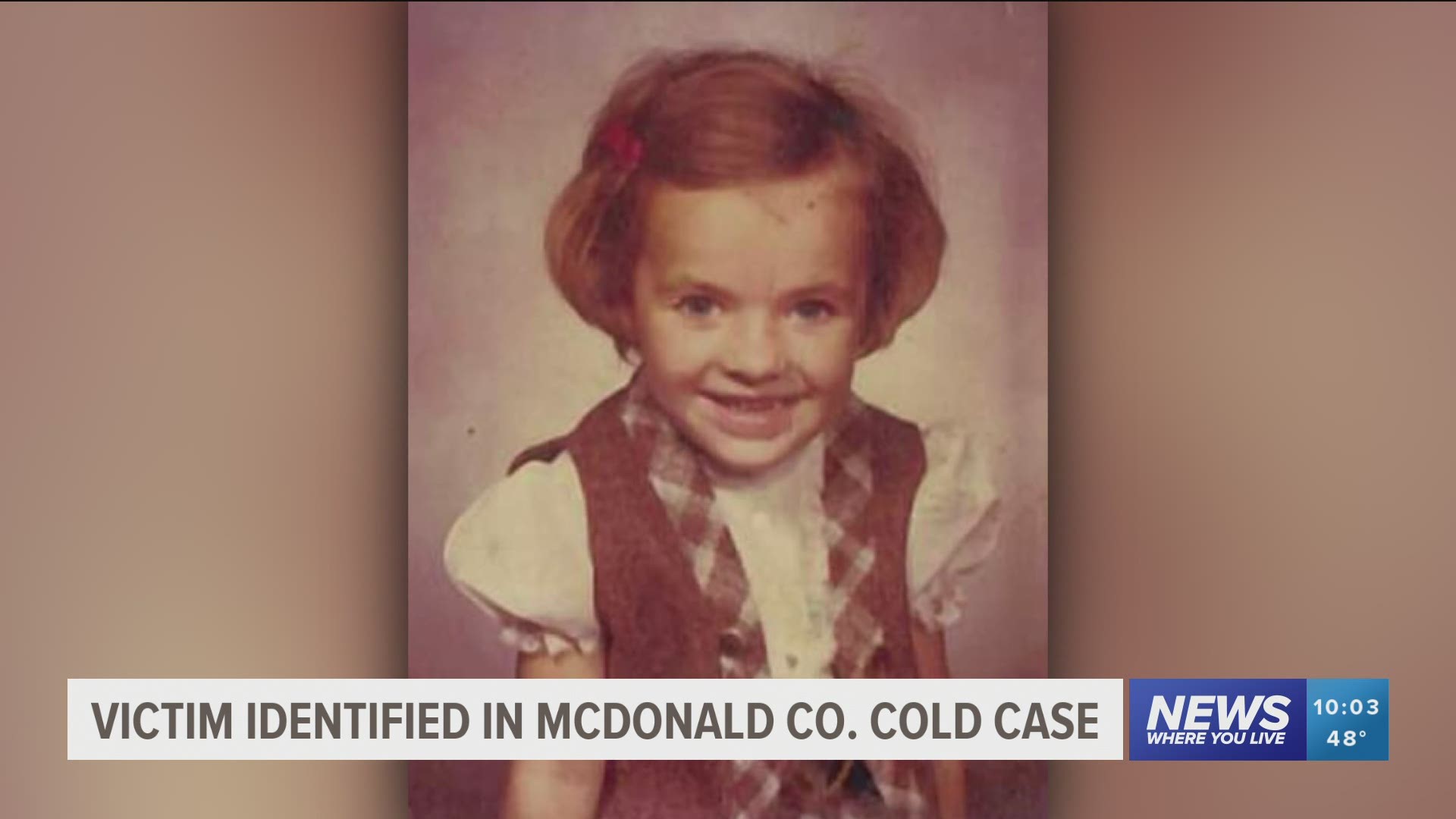 ANDERSON, Missouri — A 1990s cold case victim in McDonald County has been identified as a missing woman from Kansas.

In 2020, the McDonald County Sheriffs Office partnered with Othram Forensic lab to identify remains found by a couple who discovered a body that had been hogtied and dumped behind a rural farmhouse in Anderson, Missouri back in December of 1990.

The remains were identified as an unknown woman in her mid to late '20s.

Even with 220 inquiries, the missing woman's case went cold after several leads did not pan out during the original investigation, the McDonald County Sheriff's Office says. The woman was then given the title "Grace Doe."

The McDonald County Sheriff's Office continued to work on the case throughout the years as forensic science technology improved.

After partnering with Othram in 2020, the McDonald County Sheriff's Office submitted the woman's skeletal remains to the lab. OIthram extracted DNA from the remains and built a profile they could use to identify her distant relatives.

In January of 2021, the McDonald County Sheriff's Office was notified by Othram that there were candidate relatives identified for "Grace."

The sheriff's office went down the list of potential relatives and contacted Danielle Pixler, who was on the genealogical tree developed by Othram.

Pixler said her half-sister, Shawna Garber, had been in foster care in Garnett, Kansas, and then went back into state care. Pixler did not know what happened with Garber after she left foster care. After Garber left foster care, Pixler told the sheriff's office she had been looking for her for over 28 years.

In February, Pixler agreed to contribute a DNA sample to Othram for testing.

On March 29, 2021, the McDonald County Sheriff's Office received a call from Othram saying that the DNA from Pixler was a match to "Grace" as a half-sibling. Shawna Garber was Pixler's only half-sibling that is missing.

An autopsy revealed she had been raped and strangled about two months before her body was found, the AP reports.

RELATED: Over 30 years ago, a Little Rock woman was brutally murdered. Her daughter is seeking justice