Its ship 'Freedom of the Seas' is set to run its simulation cruise in late June before sailing from Miami to the Bahamas in time for the Fourth of July. 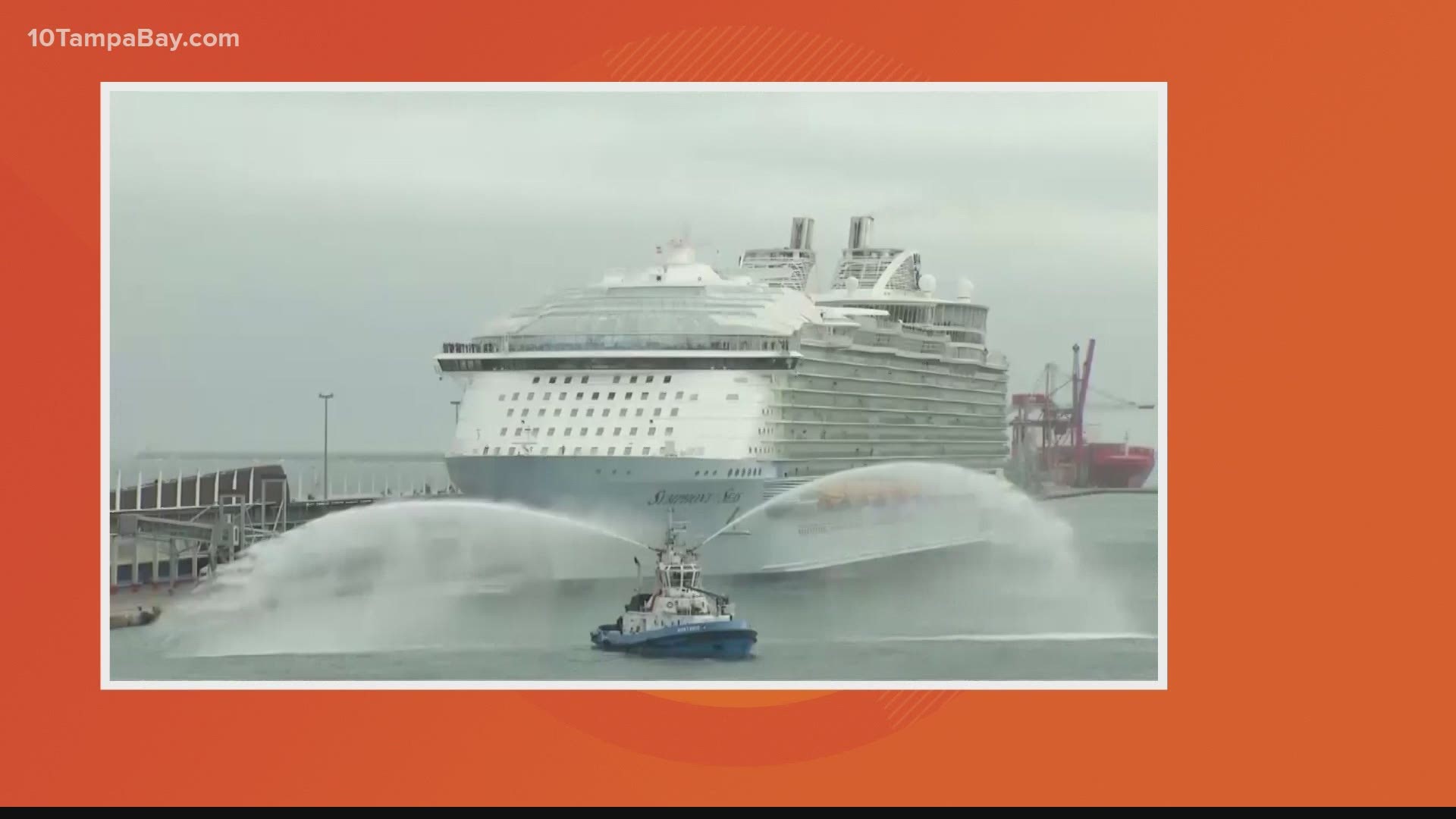 MIAMI — Editor's Note: The above video is from a previous story.

Just in time for the Fourth of July, Royal Caribbean says its ships are ready to set sail again from Florida. The cruise line says its first official cruise in the U.S. in more than a year will undock from PortMiami on July 2.

According to a press release Friday, its ship "Freedom of the Seas" will embark on a special Fourth of July weekend sailing to Perfect Day at CocoCay.

According to Royal Caribbean, its brand-new ship "Odyssey of the Seas" will set sail on July 3 from Fort Lauderdale.

Royal Caribbean says two of the world's largest cruise ships, the "Allure of the Seas" and "Symphony of the Seas," will embark on cruises in August from Port Canaveral and PortMiami, respectively.

On Thursday, the cruise line said the CDC approved the aforementioned ships for their respective test cruises to take place at the end of July and the beginning of August.

By the end of August, Royal Caribbean says 12 of its ships will be cruising across the Bahamas, Caribean, Alaska and Europe. And, bookings for summer 2021 cruises are available now.

The wait is over! Cruises from the U.S. return starting this July with a full lineup of award-winning ships. We’re getting back to the Caribbean, and back to what we do best — making memories with you. pic.twitter.com/D6tT7lQ7T5

Royal Caribbean says guests are "strongly recommended to set sail fully vaccinated, if they are eligible. Those who are unvaccinated or unable to verify vaccination will be required to undergo testing and follow other protocols, which will be announced at a later date."

However, guests 16 and older sailing to Alaska are required to be fully vaccinated against COVID-19. Starting Aug. 1, that requirement extends to those 12 and older.

"Royal Caribbean is continuing discussions with the U.S. Centers for Disease Control and Prevention and multiple state, local and port authorities in the U.S. and with various destination communities regarding the various requirements for the upcoming sailings," a press release stated, in part.

Florida is also still embroiled in a lawsuit it filed against the Biden administration to throw out requirements imposed on cruise lines before they can sail in U.S. waters for the first time since March 2020.

The federal judge overseeing Florida’s lawsuit ordered both sides into mediation, which so far has failed to end the standoff.

10 Tampa Bay has reached out to Royal Caribbean asking if they will require passengers on cruises leaving from Florida to be vaccinated. We will update the story when we hear back.

The Associated Press contributed to this story.